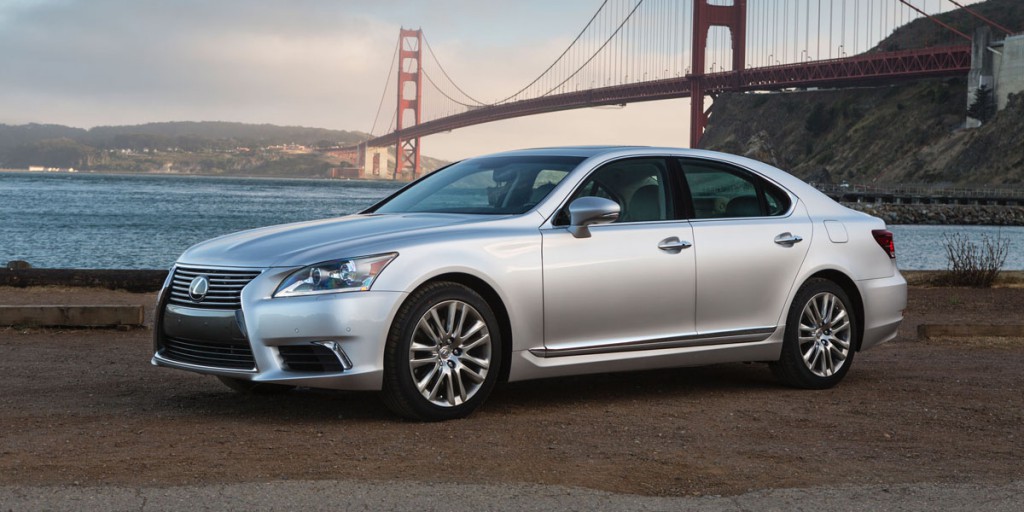 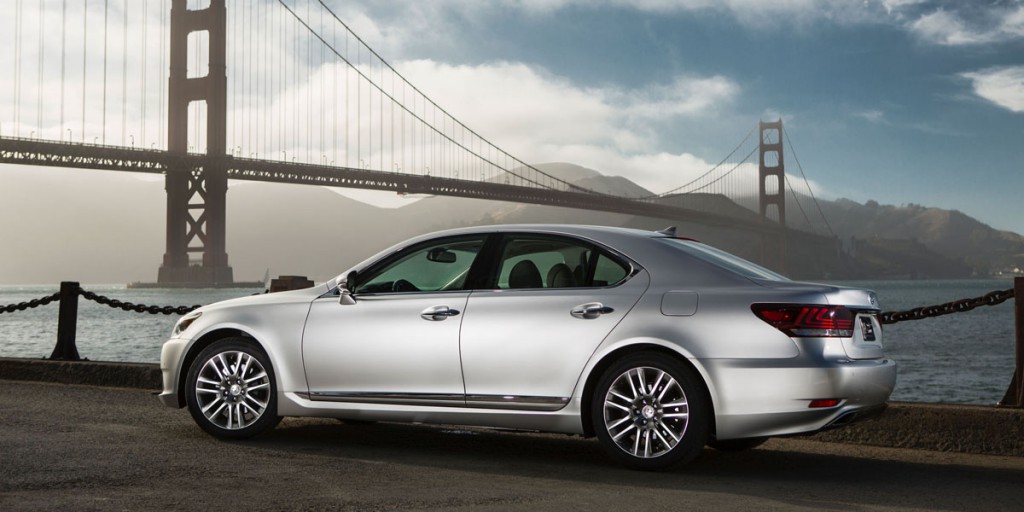 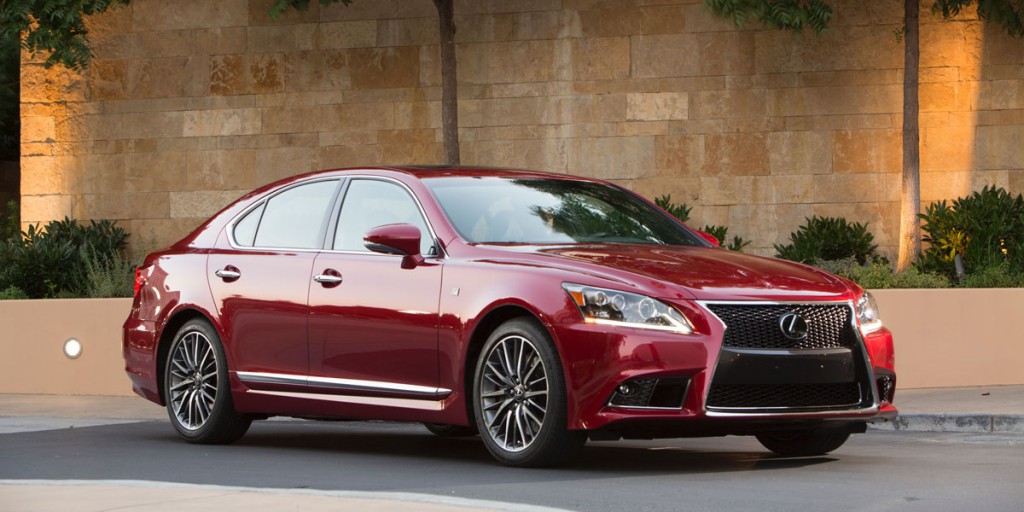 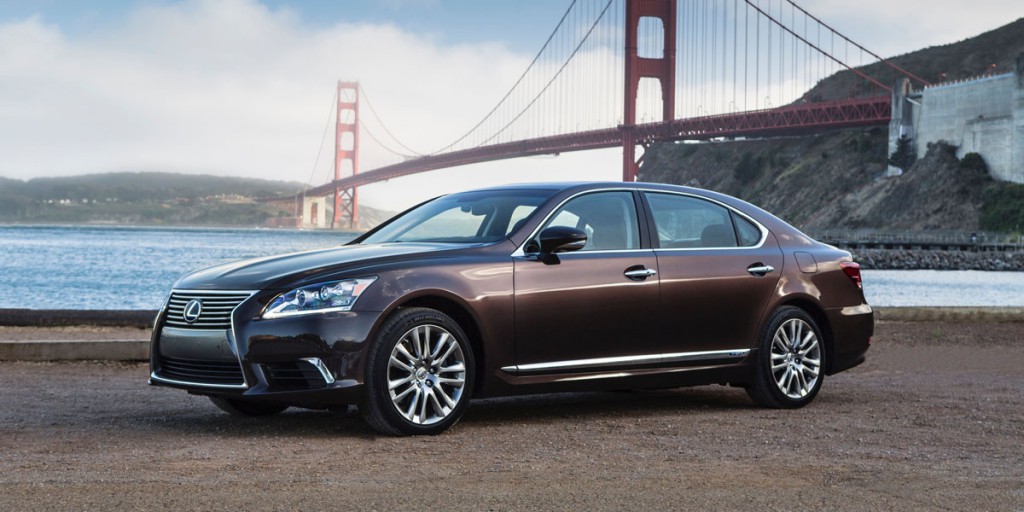 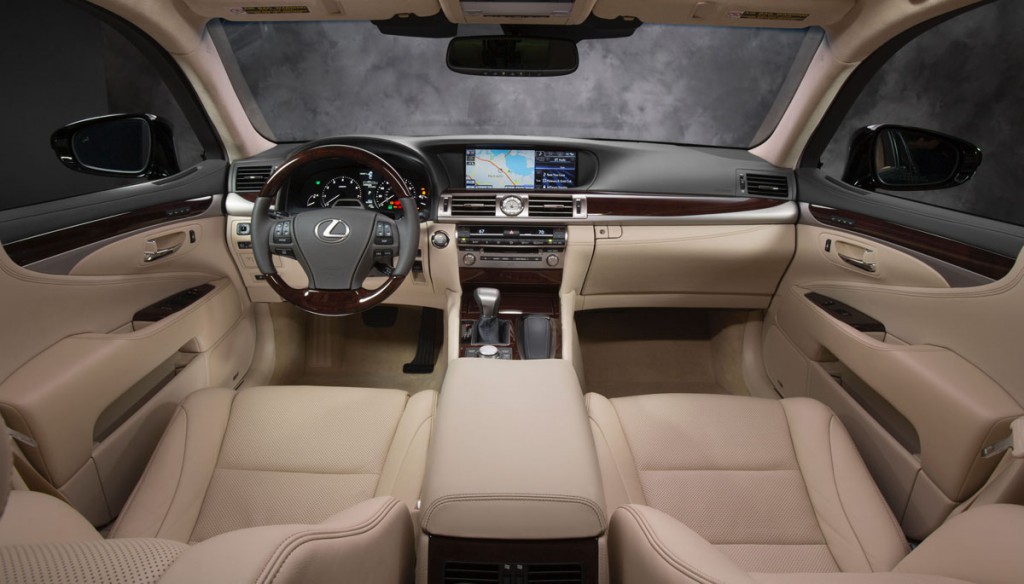 The Lexus LS excels as a quiet, composed, and refined executive sedan. Despite the company’s best efforts, this car comes up a bit short in its audio/infotainment control interface and handling prowess. These issues are not nearly enough to detract from the overall goodness of this premium-large car. The LS is exactly what it needs to be: a slick alternative to established European competitors. Anyone with the means to acquire such a car would be remiss not to put this Lexus near the top of their shopping list.

The Lexus LS was the largest car from Toyota’s luxury brand. It was designed to offer all the luxury of a high-end German sedan (e.g., the Audi A8, BMW 7-Series, Mercedes-Benz S-Class). Like the A8 and 7-Series, Lexus offered buyers the choice of standard and extended-wheelbase body styles.

Like the S-Class, the LS was also available as a gas/electric hybrid. While the hybrid S-Class was the entry-level model in that lineup, the LS hybrid was the costliest model.

Lexus manufactured the LS in Japan.

LS looked different for 2013, and that was because it had been redesigned. But if you looked strictly at the spec sheet, you would have wondered what was changed. The 2013 model was virtually identical in every dimension to its predecessor. The engines were the same, albeit with a slight power increase on non-hybrid variants. The car did see a host of technology upgrades, including the full Lexus’ Enform infotainment system. Lexus officials claimed that more than 3,000 of the 2013 LS’ 6,000 parts were new.

The F Sport Package was a new addition for 2013. It included sporty trim, Brembo-brand brakes, steering-wheel paddle shifters, and a sport-tuned air suspension.

Being that the LS 600h L had a starting price when new that was well north of six figures, you would expect that it was very well equipped. You would be correct. Standard features included the usual stuff found on a car of this caliber: leather upholstery, heated and ventilated front seats, and navigation system. Also standard were blind-spot alert, rear cross-traffic alert, hands-free parallel parking, power trunk lid, heated and ventilated rear seats, heated steering wheel, 16-way power driver seat, power rear seats, driver-seat memory, and power rear window and rear side door sunshades.

Believe it or not, there actually were some extra-cost options for the LS 600h L too. These included adaptive cruise control, pre-collision warning, drowsy-driver alert, and lane-departure warning and prevention. The Executive Package included four-zone automatic climate control with air purifier, additional leather trim, a rear seat with power ottoman, rear air conditioning with console cooler box, rear audio controls, and rear-seat entertainment with a built-in Blu-ray disc player. Note that the Executive Package decreased seating capacity to 4 from 5.

The LS 460 and 460 L had a 4.6-liter V8 engine, 8-speed automatic transmission, and the choice of rear- or all-wheel drive. Rear-drive versions had 386 horsepower while AWD versions made due with 360.

The 600h was all-wheel drive and paired a 389-horsepower 5.0-liter V8 engine with a battery-powered electric motor, which resulted in a combined 438 horsepower. Like other Toyota/Lexus hybrids, the 600h could run on one or both of its power sources. It required no plug-in charging. The engine paired with a continuously variable transmission (CVT) that behaved like an automatic.

Premium-grade gasoline was required for all versions.

The 2013 Lexus LS 460 included a standard complement of expected and federally mandated safety features. Blind-spot alert, forward-collision warning, and a drowsy-driver alert were available as well. The pre-collision system included pedestrian and vehicle detection. If sensors detected an imminent collision, and the vehicle was traveling at less than 24 mph, the system would intervene to bring the vehicle to a complete stop if necessary. Blind-spot alert and rear-cross traffic alert were standard on the 600h L. Rear-side airbags were included as part of the optional Executive Package.

The LS 460 and 460 L had a 4.6-liter V8 engine, 8-speed automatic transmission, and the choice of rear- or all-wheel drive. Rear-drive versions had 386 horsepower while AWD versions had 360. The 600h L was all-wheel drive and paired a 389-horsepower 5.0-liter V8 engine with a battery-powered electric motor for a combined 438 horsepower. The engine mated with a continuously variable transmission (CVT) that behaved like an automatic.

The 2013 LS 460 doesn’t jump off the line, but power builds smoothly and steadily. Despite having less horsepower, the AWD 460 feels no slower than its rear-drive counterpart. The 8-speed automatic transmission delivers silky-smooth shifts. The transmission includes a manual-shift function, which performed poorly during our test drive. It suffered from delayed gear changes in response to driver input.

The 600h gas-electric hybrid version of the LS isn’t exceptionally strong, but it is very smooth. Users can adjust drivetrain and suspension behavior among several settings. Eco dulls throttle response to promote fuel economy. Sport and Sport+ behave in the opposite manner. The default mode offers the best balance, as Eco can feel sluggish when prompt acceleration is needed. Sport and Sport+ are a little too aggressively programmed, giving the car a “hair trigger” feel when pressing the gas pedal. The continuously variable transmission works well. The smoothness that results from a total lack of “shift points” feels very appropriate for a high-end luxury sedan.

Our preview test drive took place on the relatively smooth roads of Silicon Valley, California. Non-F Sport 460s feel extremely smooth. Reinforcements to the body mean the car takes bumps as an entire unit, rather than at each individual wheel. This goes a long way toward enhancing the impression of overall comfort. The air suspension does little to improve upon or detract from the experience.

The F Sport includes the air suspension but with slightly firmer tuning. More bumps do make their way into the cabin, but it’s not at all bothersome.

As with acceleration, the 600h’s standard suspension setting offers the best overall blend of ride and handling. This is a very plush car overall. Our only real disappointment is a tendency for larger bumps on the rougher roads near our Chicago office to pound through a bit to the cabin.

Though Lexus claims otherwise, no LS can be described as sporty, not even the F Sport. Body lean is noticeable in fast turns. The biggest problem is the lack of feedback from the steering. The car is slow to react to steering inputs, especially at highway speeds. Braking control is quite good in 460s, with reasonably firm pedal action.

The LS 600h is no excitement machine, but it’s competent and composed. The car tracks straight and true. Body lean is modest. The brakes can feel inconsistent, mostly owing to their regenerative (using friction to charge the hybrid battery) nature. Most of the time, the pedal is firm, but some hard stops cause a spongy sensation under foot, accompanied by moderate nosedive.

Few vehicles of any stripe can match the LS’ hushed cabin. When situated inside, shutting the doors makes you feel like you’ve sealed yourself in a bank vault. Virtually no noise gets into the passenger compartment. The V8 engine purrs, only making itself known in full-throttle acceleration. Even then, the sound is classy and refined. F Sport models have slightly different exhaust tuning and low-profile tires. These combine to produce a bit more noise, with the tires being the most vocal only on very coarse pavement. The 600h is generally silent, but we hear the engine’s exhaust burble a bit more than we would expect from a car with Lexus pedigree (and without sporting intentions). The tires can kick up a fuss on concrete highways, but it’s not overly obtrusive.

Climate controls are straight forward. Lexus’ new “Climate Concierge” feature uses sensors to detect a person’s body temperature and automatically adjust seat heating/ventilation and airflow accordingly. It works quite well. The Lexus Remote Touch Interface (RTI) uses a console-mounted knob to navigate and select items on the central dashboard screen. The screen itself is very large, bright, and can display a lot of useful information without being overly distracting. The “remote” itself acts like a computer mouse, and you “click” the stick to activate a function. Unfortunately it’s rather easy to move the indicator as you press, causing you to inadvertently select the wrong item. The first generation of RTI worked much better, as the select function was a separate button located on the side of the console.

Even the pre-production examples on our first drive showed exquisite materials and attention to detail in presentation and assembly. The star of the show is the optional “Shimamoku” (striped wood) trim. Lexus boasts that the process of creating the veneers takes 38 days and more than 60 individual steps. It looks understated but incredibly high-class. F Sport models have a sportier, more monochromatic appearance, highlighted by genuine aluminum accents.

There is excellent legroom on very plush, chair-height front seats. The high-set seating position benefits visibility, but at the cost of headroom. Most adults will be fine beneath the housing of the standard sunroof, but the very tall will feel cramped. F Sport models get unique bucket seats that provide additional bolstering, perhaps a bit too much for those of wider girth.

Overall rear-seat space and comfort are great on the standard-wheelbase LS and outstanding on the L. The latter is made even more luxurious with the Executive Class Seating Package, which has a built-in ottoman. It feels like riding in the first-class cabin on a transcontinental airplane flight. The available Blu-ray entertainment system is a nice touch, but the screen is too small to fully take advantage of the increased resolution offered by Blu-ray discs.

Though the LS 460 has 18 cubic feet of trunk space, its layout and functionality are compromised by the intrusive rear wheel wells. The cargo area opens wide but narrows considerably as you move toward the rear seat backs. Lexus claims the 600h has 13 cubic feet of cargo space. That’s probably true, but in practice, the trunk seems smaller than that. The hybrid’s battery pack eats up a considerable chunk of room, meaning that careful packing is in order for longer trips. Cabin storage consists of a single glovebox with two tiers, a nicely sized center console and expandable door pockets. The rear seating area on models with the Executive Class package has a center cooler box and a small table that pops up from the front of the console.