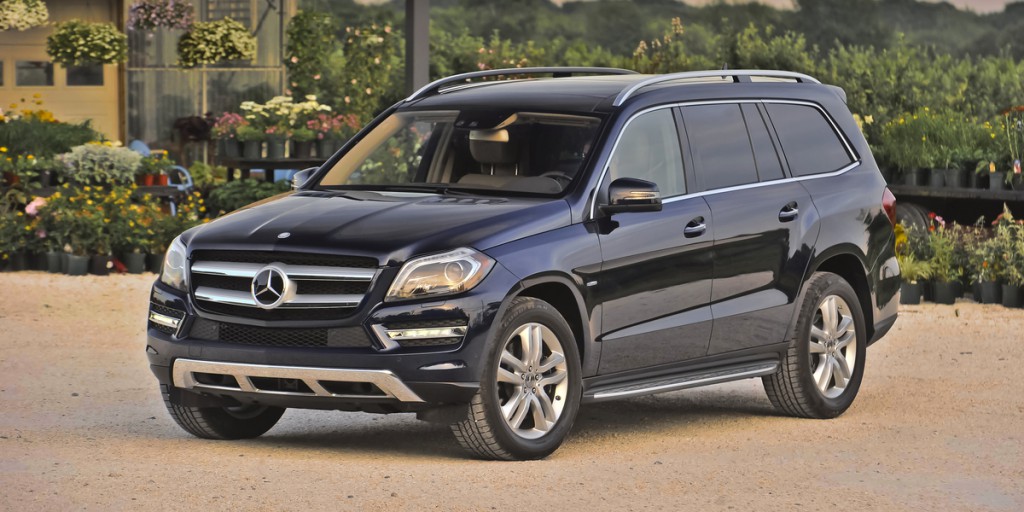 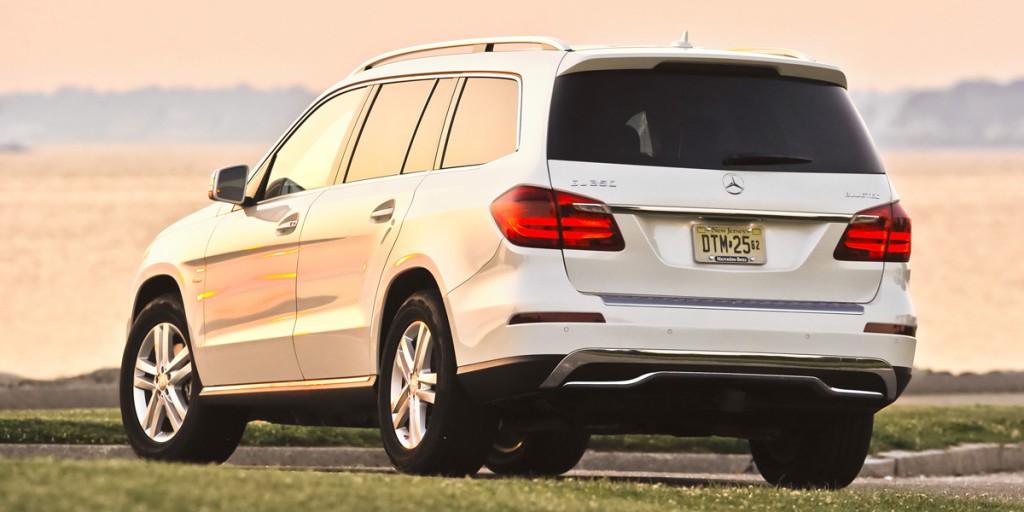 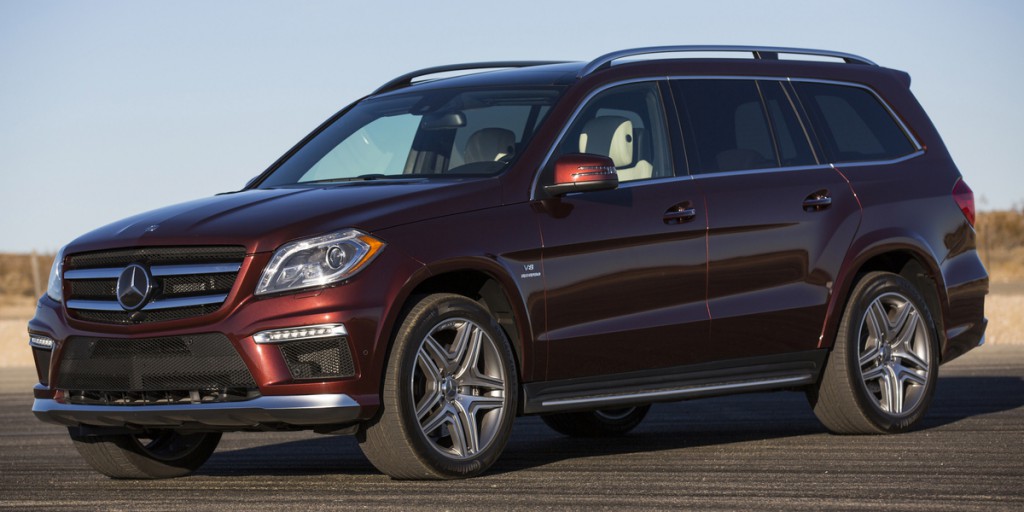 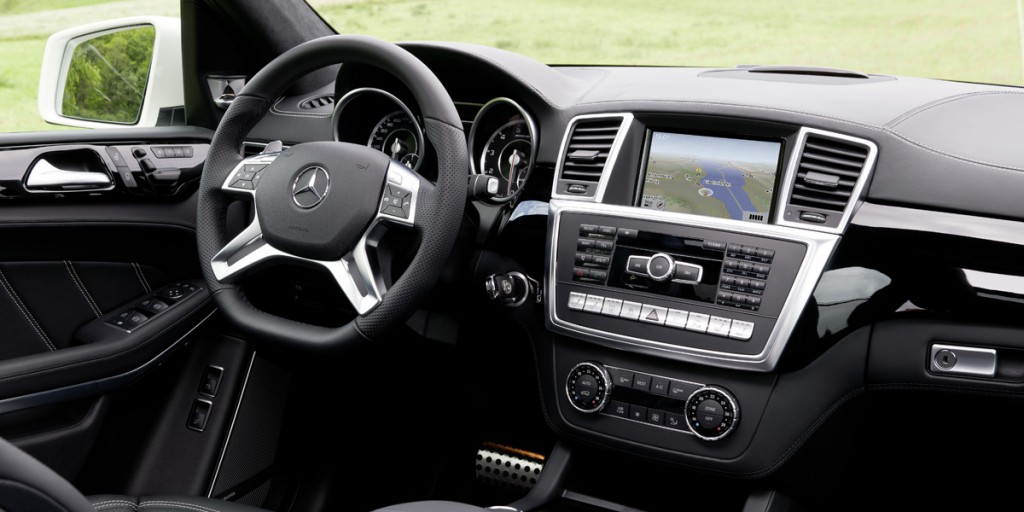 The Mercedes-Benz GL-Class doesn’t have the sheer interior volume of some premium-large SUVs, but accommodations are more than adequate for the majority of buyers. Relatively trim exterior dimensions ease parking and maneuverability, too. Any GL offers impressive power and high levels of refinement. Don’t overlook the diesel BlueTEC–it’s the least expensive model, yet is plenty powerful and remarkably fuel-frugal.

While not entirely new, Mercedes-Benz gave the GL-Class SUV a substantial freshening for 2013. The company tweaked the exterior and interior styling, it was slightly larger in most key dimensions, yet it weighed more than 200 pounds less than its predecessor. The drivetrain of the diesel-powered GL350 BlueTEC was largely unchanged. The gas-powered GL450 received a bit more power. The uplevel GL550 used a new engine, and for the first time, Mercedes’ AMG performance division gave this SUV its special high-performance treatment.

The starting points for this family of SUVs were the diesel-powered GL350 BlueTEC and gasoline-powered GL450. Save for their engines, both vehicles had identical levels of standard equipment. Included were dual-zone automatic climate control, heated power front seats, vinyl “leatherette” upholstery, a rearview camera, split power-folding 3rd-row seat, and a load-leveling, height-adjustable suspension. Also standard was a drowsy-driver alert that Mercedes called ATTENTION ASSIST.

Most of the 550’s standard features were available as extra-cost items on the 350 and 450, either as part of packages or as standalone items.

All GL-Class models included Mercedes’ 4MATIC all-wheel drive. Optional on the GL450 and 550 was an Off-Road Package that included a 2-speed transfer case with low-range gearing for those who wished to venture off the beaten path.

A 7-speed automatic transmission was standard across the board.

EPA estimated fuel economy for the 2013 Mercedes-Benz GL-Class was as follows:

All but the GL350 required premium-grade gasoline. The 350 used a urea-based exhaust-treatment system that required periodic dealer maintenance.

The 2013 Mercedes-Benz GL-Class included a standard complement of expected and federally mandated safety features. Blind-spot alert and lane-departure warning were standard on the GL550 and optional on the GL350 and 450. All models included driver-fatigue alert.

Acceleration in the GL450 is plenty strong for any task and benefits from a smooth, alert automatic transmission. Some testers complained of non-linear throttle response.

In Consumer Guide testing, a GL450 returned 15.7 mpg in mixed driving. The V8s require premium-grade gas, and the BlueTEC diesel is emissions legal in all 50 states. Note that the BlueTEC uses an exhaust-treatment system that requires periodic dealer maintenance.

GL’s ride is composed and well isolated from road imperfections. GL350 and GL450 have standard 19-inch wheels while the GL550 has 21s.

Steering is accurate and direct. In fast turns on smooth surfaces, the GL has plenty of grip. They stay flatter in corners than most large SUVs. The experience is more car-like than its rivals.

These are among the quietest large SUVs. Wind rush is particularly well controlled.

Gauges are large and easy to read. Most controls are logically placed, but some have cryptic markings and the navigation system absorbs most audio functions, complicating their use. Gear shifting is via a short steering-column lever with a toggling action that takes some getting used to, but the design frees up lots of space in the center console area.

In front, there’s ample headroom and legroom, and the seats are supportive and generously sized. Some testers say the cabin doesn’t feel notably spacious for a vehicle this size, though. Entry and exit are easy via large doors and a no-stress step-in height. Outward visibility is good, but larger exterior mirrors would aid lane changing.

Outboard passengers in the 2nd row have ample headroom and legroom and good seat support. But a relatively narrow cabin and low-hanging ceiling vents limit the center position to occasional use. Smaller adults fit in the 3rd row, but only kids will be happy there on a long trip. Only the right-side section of the 2nd-row bench seat slides forward for 3rd-row access, though it does create a large passageway.

Just a few grocery bags fit behind the 3rd row. A low floor height and 2nd- and 3rd-row seat backs that fold flush with the deck ease loading and unloading. Relatively tight dimensions limit overall volume, however, and the rounded hatch opening limits cargo-item size. There are numerous cabin storage areas, but none are generously sized.