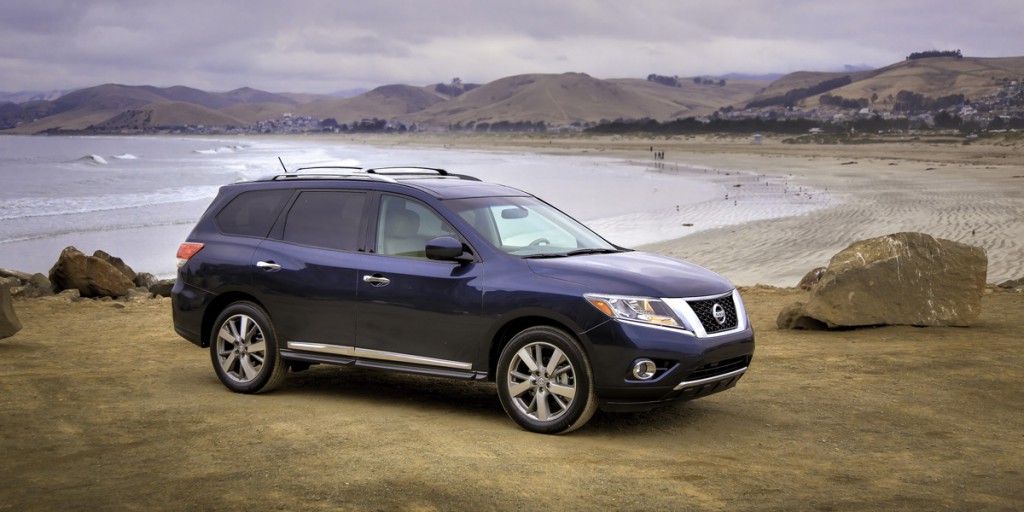 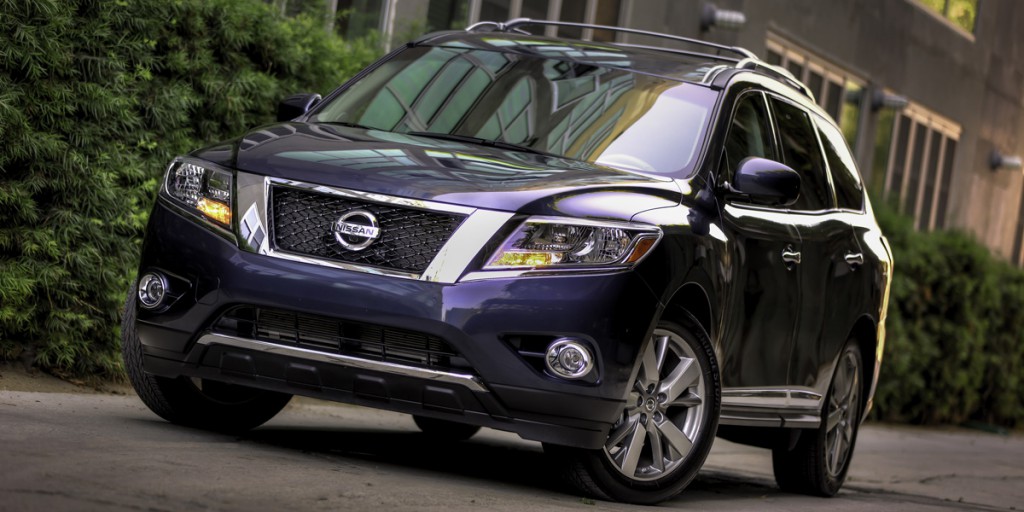 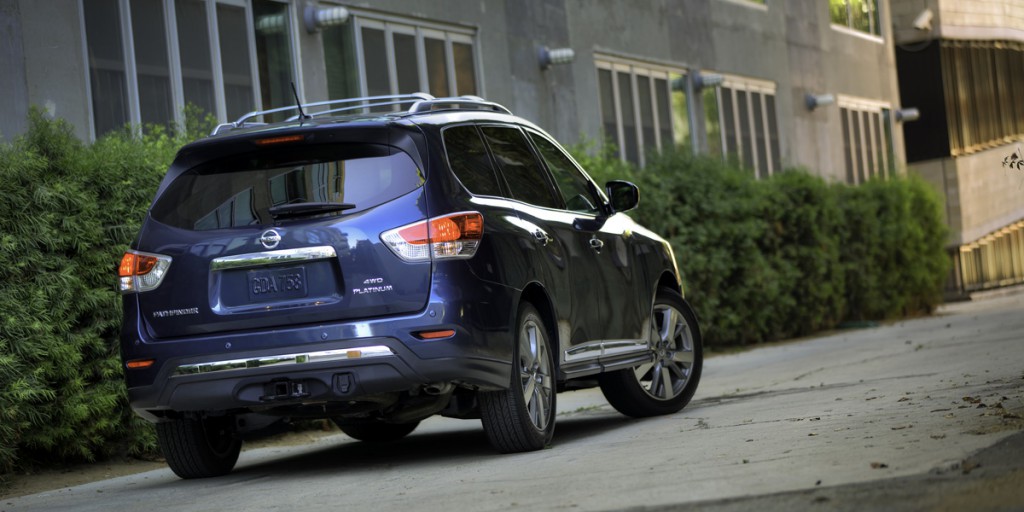 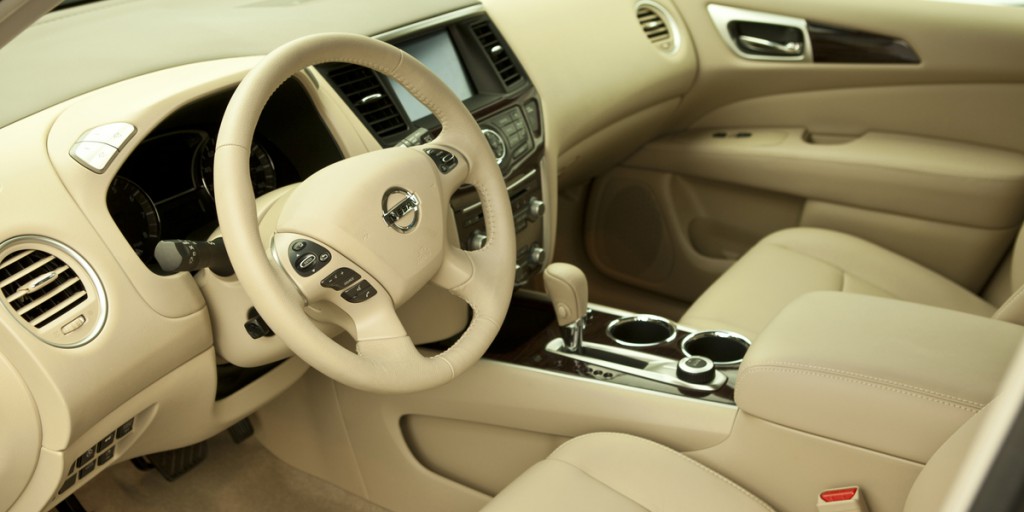 The Nissan Pathfinder might have been late to the 7-passenger crossover party, but it made a grand entrance, offering excellent cargo flexibility and lots of features at reasonable-for-the-class prices. Its main letdowns are a somewhat raucous engine and real-world fuel economy that disappoints versus its excellent EPA estimates. Further, we think Nissan deserves kudos for making its well-integrated navigation system available on more than just the top-of-the-line trim level. The overall package is good enough to make Pathfinder one of the more compelling choices in this crowded segment.

Pathfinder is one of Nissan’s most iconic nameplates. A brand staple for more than 25 years, this midsize SUV saw what was arguably the most radical update in its history for 2013. About the only thing the 2013 model shared with its predecessor was its name and 3-row, 7-passenger seating.

For reference, 2012 and earlier Pathfinders used traditional truck-type construction, similar to the Toyota 4Runner. The 2013 model borrowed its car-type unibody design from the premium-midsize Infiniti JX, which was sold by Nissan’s luxury division. The revamped Pathfinder also received a host of new safety and convenience features.

The 2013 Pathfinder followed Nissan convention by offering, in order of content, S, SV, and SL trims. A top-line Platinum variant was also part of the roster.

The S was fairly basic but did include a tilt and telescopic steering wheel, push-button engine start, tri-zone automatic climate control, and Nissan’s then-new EZ Flex seating. EZ Flex allowed the 2nd-row bench seat to slide forward to allow access to the 3rd row even with a child booster seat in place.

The Platinum was fully loaded and included a power tilt and telescopic steering wheel, navigation system, cooled front seats, 20-inch wheels (other Pathfinders had 18s), and an Around View monitor. Around View was borrowed from several Infiniti vehicles; it used a series of cameras to project a 360-degree bird’s eye view of the vehicle on the navigation screen.

Exclusive to the Platinum with Premium Package was a factory-installed dual-screen rear DVD entertainment system. A similar system was available on other Pathfinder models as a dealer-installed accessory.

Pathfinder borrowed its drivetrain from the smaller, 5-seat Murano crossover. It was a 260-horsepower 3.5-liter V6 that paired with a continuously variable transmission (CVT) that behaved like an automatic. Front-wheel drive was standard, and all-wheel drive was optional across the board. Unlike the previous Pathfinder, the 2013 model did not offer any sort of low-range gearing for off-road use.

Conventional Pathfinders had a 260-horsepower 3.5-liter V6 engine. The Hybrid paired a 15 kilowatt electric motor with a supercharged 2.5-liter 4-cylinder engine to produce a combined 250 horsepower. Regardless of engine, all Pathfinders used a continuously variable transmission that behaved like an automatic.

Though far from muscular, Pathfinder delivers its power smoothly and efficiently. Software updates to the CVT have improved its responsiveness, particularly during highway passing and merging maneuvers. There’s no perceptible difference in acceleration between front- and all-wheel-drive models. No Pathfinder Hybrid models have been made available for testing.

In Consumer Guide testing, an extended-use AWD Pathfinder SL averaged 18.7 mpg over the course of its 4,758-mile evaluation. This was not an exceptional result given the majority of this test consisted of long-distance highway driving. Pathfinder uses regular-grade gasoline.

Pathfinder is in its element when it’s cruising on the highway. S, SV, and SL models include 18-inch tires, and they do an excellent job of absorbing bumps. The Platinum is slightly less capable in this regard, mostly owing to its larger 20-inch rubber since suspension tuning is the same for all models.

This is one of the lighter 7-seat crossovers, and Pathfinder generally drives like a smaller vehicle than it really is. Curvy roads pose no problem; steering feel is crisp and responsive. We wish the brake pedal had a bit more feel, though.

Our only major gripe with this vehicle is its engine. It’s neither as quiet nor as refined as the top rivals in this class. Some of the blame lies with the CVT, as it can let engine speed race ahead of road speed, generating unnecessary racket. As with acceleration, though, the transmission’s updated software mitigates this somewhat. Wind, road, and tire noise are non-issues.

All models have simple climate controls. In terms of audio/infotainment, our preferred arrangement includes the navigation system, which is standard on the Platinum and optional since 2014 on the SL. Pathfinders so equipped have a larger screen with touch capability. Non-navigation models have to use a central dashboard dial and built-in directional pad in order to access the different menus and settings. It’s functional but a bit clunky, particularly when accessing the different audio menus.

Pathfinder’s cabin is unexceptional for design and materials quality. This is OK on the lower-line S and SV versions, but it would have been nice to see some more upscale trimmings on the SL and especially the Platinum.

Headroom is terrific up front, particularly on models not equipped with the optional sunroof. Even with the glass roof, most occupants will not find their noggins anywhere near the headliner. Visibility is quite good thanks to thin roof pillars. While Nissan officials hinted at the possibility of blind-spot alert availability for 2014 Pathfinders, this worthwhile safety feature, disappointingly, remained unavailable until the 2015 model year.

Second-row seat space is decent, provided the sliding bench is set in its most aft position. Moving it forward shrinks legroom rather dramatically. Some testers complained that the shape of the bottom cushion resulted in an uncomfortable knees-up seating position. Nissan’s EZ Flex tilt-and-slide mechanism makes access to the 3rd row, well, easy even if a child seat is attached. Once situated, though, the 3rd row has only kid-size room.

Pathfinder is one of the smaller 7-passenger crossovers in terms of absolute cargo room. The space it does offer is quite flexible, though. The 2nd- and 3rd-row benches fold to create a nearly flat load floor. The covered bin behind the 3rd row is narrow front to back, but quite deep top to bottom. Keep in mind, though, the subwoofer for the available Bose-brand audio system eats up some of that under-floor space. Plentiful interior storage consists of a large, two-tier center console, decently sized door pockets, and thoughtful cupholders integrated into the rear door armrests.