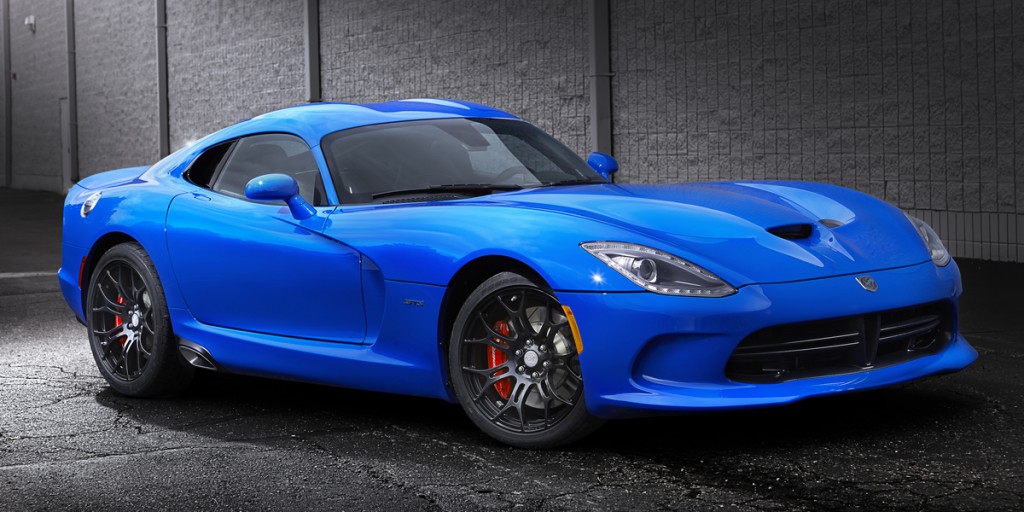 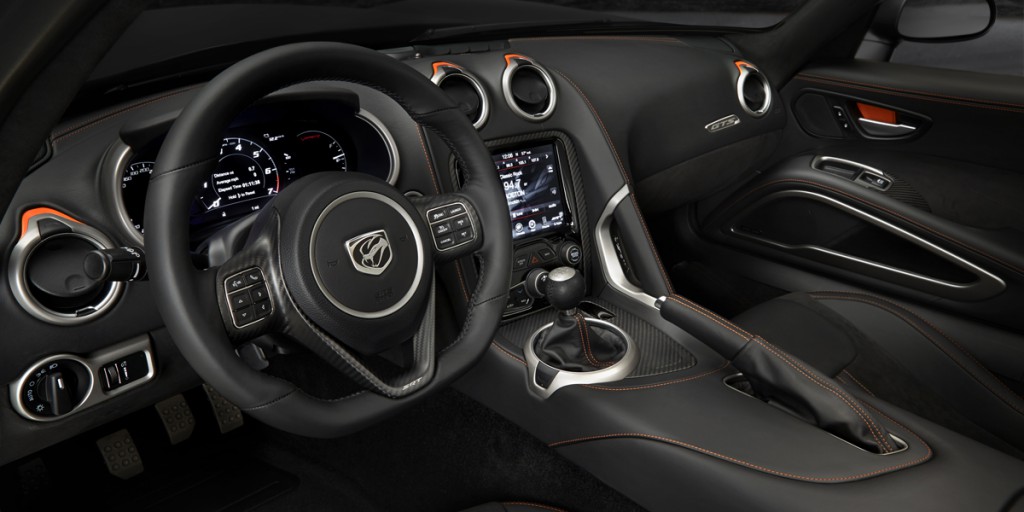 This new generation of Viper sends a mixed message. On the one hand, it remains a performance machine of the highest order, with race-track credentials few cars can match. But on the other hand, it has veered from its raw heritage with a gussied-up interior and the latest electronic gadgets with the aim of becoming more “civilized.” That sounds like a great combination, and to some, it may be. But the Viper is really too brutal to be a comfortable Grand Touring car — leather-trimmed luxury notwithstanding — so to others, that only serves to blur the focus. It also adds cost. As such, the Viper is now positioned far north of the base Corvette and about even with the Porsche 911, though higher trim levels of both reach and exceed Viper levels. Make no mistake about it; the Viper is a performance car of the highest degree. But it certainly wouldn’t be our choice for a cross-country trip.

The 2013 SRT Viper was Chrysler’s resurrected ultra-high-performance car. After a two-year hiatus, the Dodge Viper returned, but as an SRT-branded model. The Viper was generally on par with the Chevrolet Corvette, Jaguar XK-Series, and Porsche 911 in terms of performance, exclusivity, and price.

The previously rough-hewn Viper was sent to finishing school. Whereas the previous Dodge Viper was basically a race car for the street with all its vices intact, Chrysler said this redesigned iteration was much more refined and livable. This Viper had a new engine, more creature comforts, and, for the first time, traction control and an antiskid system. Body panels were made of carbon fiber and aluminum for weight savings.

The 2013 SRT Viper used an 8.4-liter V10 engine that was good for 640 horsepower. It connected to a 6-speed manual transmission. All Vipers were rear-wheel drive.

The 2013 SRT Viper was equipped with ABS, traction control, and an antiskid system. Unlike the majority of 2013-model vehicles on market, the Viper did not have front-side airbags or curtain-side airbags, only dual-front airbags. A rearview camera was available.

The 2013-14 SRT Viper uses an 8.4-liter V10 engine packing 640 horsepower. The only available transmission is a 6-speed manual. All Vipers are rear-wheel drive.

Acceleration is blistering, certainly, but the 2013 SRT Viper doesn’t exhibit the instant throttle response at low engine speeds that its predecessors — especially the first-generation cars — did. However, at the high end of the rpm range, where the real power comes in, acceleration is so strong under full throttle that it strains the neck, and any gear change needs to be repeated in short order. Fortunately, those gear changes are smooth and precise, though the clutch is heavy enough to cause strain in stop-and-go traffic. The 6-speed manual still incorporates a 1-4 “skip shift” under light throttle to save fuel, but the window of operation is narrower and it’s thus less intrusive than before. The new Launch Control, activated by a handy steering-wheel button, is supposed to hold engine rpm at an optimum level with the throttle floored so that rapid clutch engagement results in maximum acceleration. When we tried it, all it resulted in was maximum tire smoke. But perhaps we just weren’t brutalizing it enough. SRT claims the 0-60-mph sprint can be done in the low-3-second range, which might be possible if you can get the tires to hook up.

No opportunity to measure fuel economy, but the EPA ratings are 12 mpg city and 19 mpg highway. And the Viper requires premium-grade fuel.

Ride quality just doesn’t get much stiffer than this. The base model can be punishing over rough pavement; even surfaces that look fairly smooth are proved to be not. The GTS model’s two-mode suspension has Comfort (a bit of a misnomer) and Track settings. In Comfort, the suspension is somewhat more compliant than the base model’s, which helps in everyday driving. Track is stiffer than you’d probably want to use on anything but … well … a race track.

Viper is too big and heavy to be called nimble, but steering and handling are about as track-worthy as a street car gets. There’s almost no body lean in aggressive cornering, brakes are astonishingly strong, and the steering is go-cart quick. The last may sound impressive, but in fact the steering is so quick just off center that it’s difficult to make a smooth arc through a fast turn. It also makes it challenging to keep the car tracking straight down the highway.

There might be wind noise and there might be road noise, but neither can be heard over the din of the engine. It is never quiet; not at idle, not at cruise, and certainly not under acceleration, when it produces a deafening roar. Even at steady highway speeds, conversation with a passenger is challenging. All of this is less of a problem in the GTS model, which incorporates some additional sound deadening, but it’s still very loud.

Assessment of the controls depends largely on your view of digi-graphics in a dedicated performance car. A “virtual” analog tachometer is mounted front and center in the instrument panel, with its inner ring filled by various readouts and, at the lower right, a digital speedometer. A regular analog speedometer is at the far left, with a fuel gauge at the far right. All are easy to see and read. The biggest departure, however, is in the center control panel. At the top is an 8.4-inch touchscreen that’s customizable to display different graphics, including some virtual audio controls (volume and manual tuning are by conventional knobs), some climate controls (basic ones are controlled by pushbuttons on the lower dash), or “performance pages” that provide virtual engine gauges and performance readouts. The GTS includes a navigation system that is also controlled through this screen. The screen is easy to reach, but some climate-control buttons are blocked by the shift lever. A bare-bones basic sports car this is not.

Interior accommodations are another area in which the Viper has veered away from race-car purity and toward Grand Touring luxury. Nearly all surfaces that used to be plain hard plastic are now covered with a leather facing, and some surfaces are thinly padded. Silver trim is used to liven the decor. The overall look is far richer than it used to be and nearly in line with such upscale competitors as the Porsche 911. The GTS goes an extra step with leather upholstery.

One of the biggest problems with previous Vipers was that the pedals were set far to the left (due to the wide driveline tunnel), which resulted in a twisted torso for the driver and thus a rather uncomfortable driving position. That has been improved a bit, but certainly not eliminated. Pedals are still set to the left and they’re close together, so those with larger feet will have problems. There’s also little space to the left for the traditional “dead pedal.” As in previous versions, the pedals are adjustable fore and aft. The steering wheel is adjustable for tilt but doesn’t telescope, which is too bad. The new contoured seats look great but aren’t tremendously comfortable, as there isn’t much padding — something you really notice due to the stiff suspension. Ingress and egress are challenged by the low seating position, though both the manual seats in the base model and the power seats in the GTS are adjustable for height. However, the power button for the GTS’ seat is located between the seat and the door sill, where it’s a tight squeeze even for smaller hands. Visibility is fine to the front and sides, but anything behind the driver’s shoulders — on either side — is blocked by the hugely thick rear pillars. The view straight back isn’t great either, which makes us think the rearview camera — standard on the GTS and optional (with navigation) on the base model — should be standard across the board.

The SRT Viper has no rear seating.

Specs list the cargo capacity at 14.7 cubic feet — about the same as a midsize sedan’s trunk — but it’s not particularly usable. There’s a deep, wide cavity at the back, but a tall shelf sits behind it. Interior storage is sparse.