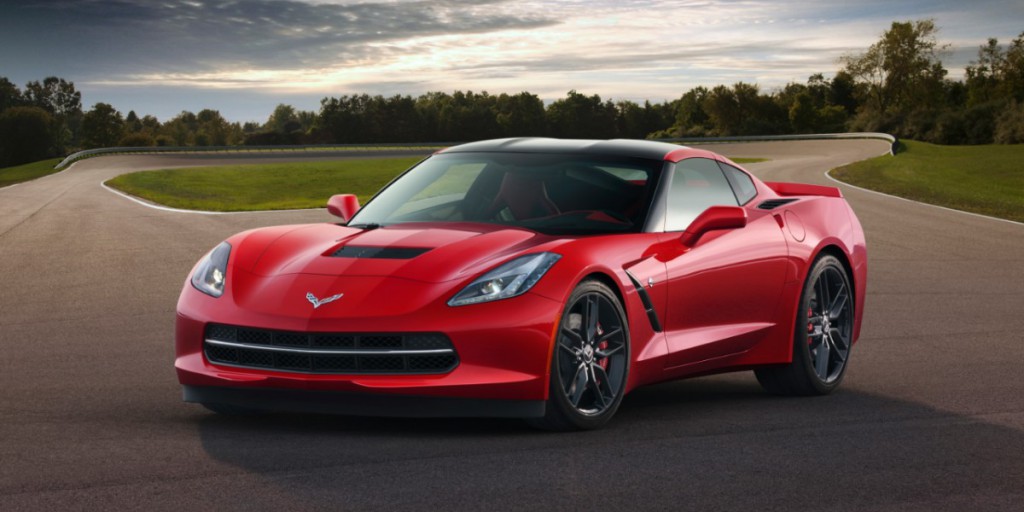 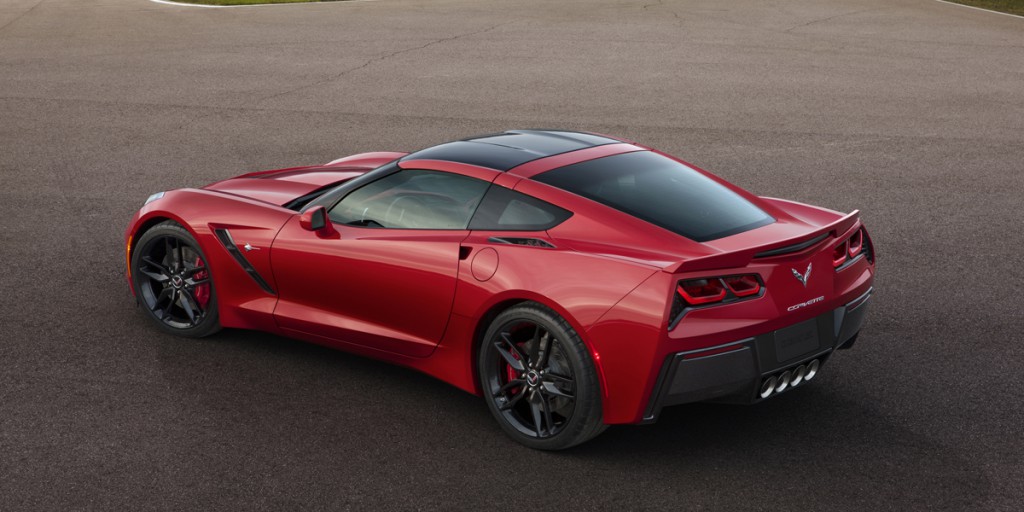 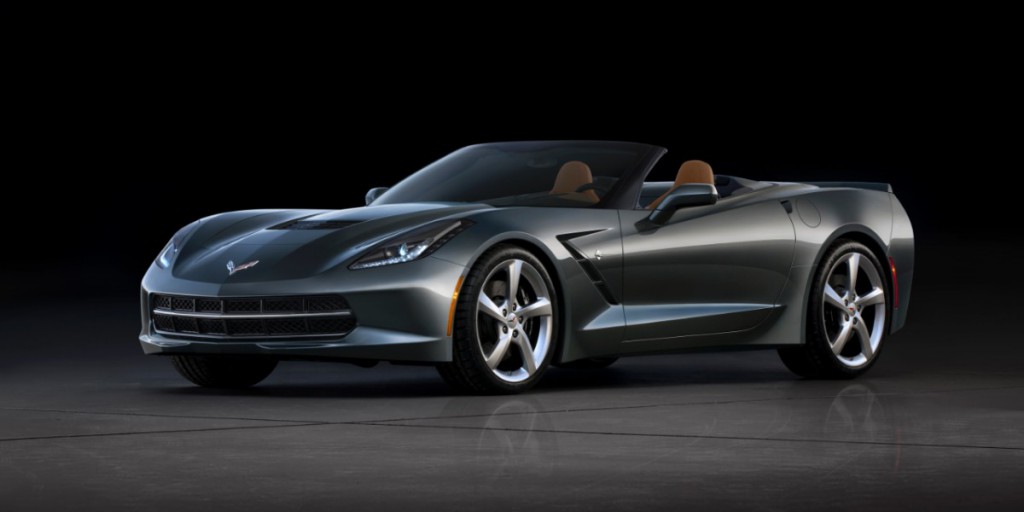 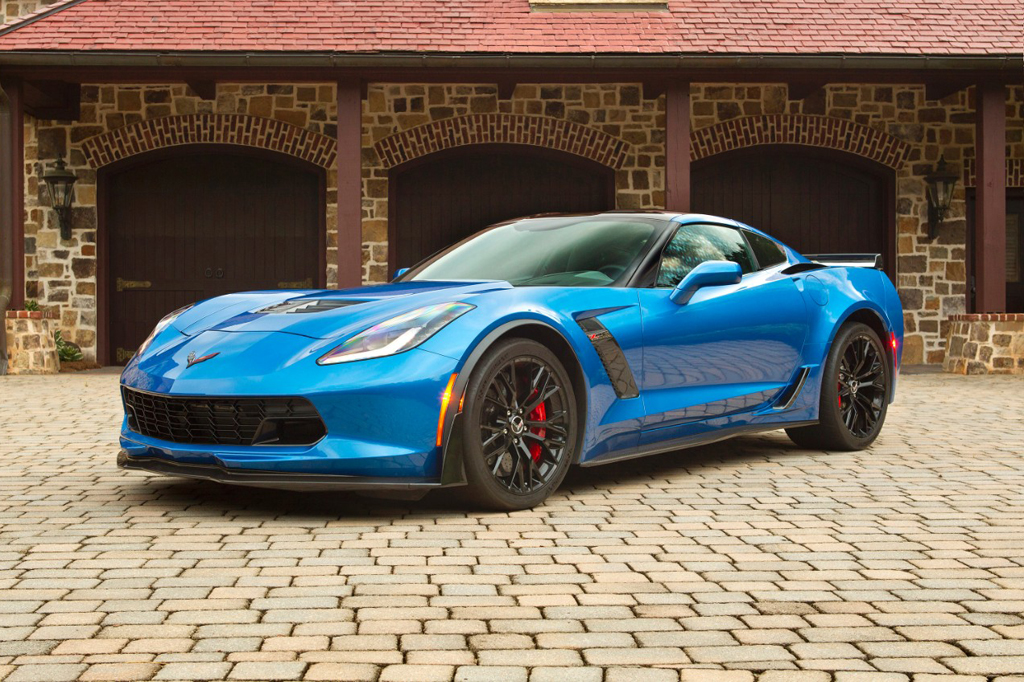 Although there were a handful of cars that were quicker than the Corvette, most cost multiples as much. As such, the Corvette made its mark as a performance bargain. But was really much more than that. It was also a comfortable touring car with luxurious interior, decent cargo space, and all the latest infotainment gizmos. The 2014 Corvette was a Best Buy because this level of overall performance usually cost thousands—if not tens of thousands—more.

Corvette was a two-seat, rear-drive sports car available as a coupe with a removable “targa” roof panel and rear hatchback, and as a convertible with a power-folding softtop and conventional trunk. The only engine offered was a 6.2-liter V8 with 455 horsepower (or 460 with the optional “free flow” exhaust system—which sounded terrific—included in the sporty Z51 Package), which was coupled to either a 7-speed manual transmission or a 6-speed automatic.

The Corvette had been completely redesigned for 2014, which marked only the seventh time that’s been done since the car’s 1953 introduction. As such, it was referred to as the “C7 generation.” Chevrolet had also revived the time-honored Stingray name, which was last used in 1976. The chassis was now made of aluminum (still overlaid primarily with fiberglass body panels, though some were even lighter-weight carbon fiber), the interior boasted padded leather-covered surfaces and an upscale ambiance, and a host of modern electronic gadgets were newly available, which brought the “features” list fully up to date.

The only engine offered for 2014 was a 6.2-liter V8 with 455 horsepower (or 460 with the optional “free flow” exhaust system—which sounded terrific—included in the sporty Z51 Package), which was coupled to either a 7-speed manual transmission or a 6-speed automatic. For 2015, the Z06 returned with a supercharged version of the 6.2-liter V8 that developed 650 horsepower.

While at least the manual-transmission version can burn its rear tires with the best of them (as demonstrated by a cohort lacking my considerable degree of restraint), any good drag racer knows that “smokin’ the wienies” makes for great show but little go. So launches are probably quickest with the traction control engaged or by using great care. According to Chevrolet, doing it right in a Corvette with the optional Z51 Performance Package can net a 3.8-second 0-60 time and a 12.0-second quarter-mile at 119 mph. But more than that, the Corvette just has power everywhere in the rev range and nearly instant response to throttle inputs.

Buyers have a choice of a seven-speed manual transmission or six-speed automatic. The manual snicks through the gears with precision and the clutch is easy to modulate. New for 2014 is a rev-matching feature that blips the throttle during downshifts to make for smoother deceleration when braking into a corner; you can turn it off it you want to, but it’s really helpful when you’re hurrying. About the only complaint we could voice is that some might find the shift linkage to be positioned a bit too far rearward, so selecting the even gears can result in your right elbow hitting the seat bolster.

The six-speed automatic shifts smoothly or sharply depending on how deeply you’re dipping into the throttle, and it downshifts smartly for more passing power. Steering-wheel paddles allow you to pick your own gears. According to Chevrolet, the acceleration figures quoted above apply to automatic versions of the Z51 as well, so there’s no performance penalty for the self-shifter.

The EPA estimates for the Corvette are: 17 mpg city and 29 mpg highway with the seven-speed manual, while the six-speed automatic gets 16 city and 29 highway.

Corvette has a near-50/50 front/rear weight distribution. A benefit of even weight distribution is improved ride and handling. Since all the tires carry an equal amount of weight, they don’t get as overloaded when the car’s weight shifts under acceleration, cornering, or braking. The Corvette’s five, driver-selectable modes (Weather, Eco, Tour, Sport, and Track) adjust a number of different parameters, most notably shock firmness, steering feel, and exhaust note (plus shift programming with the automatic). We found Tour to be the best choice on the rough roads encountered on our test-drive loops, though Sport mode brings only a bit more firmness and a much sportier exhaust note. Ride was a bit stiff over bumpy patches even in Tour, but not nearly what one might expect given the handling capabilities. It’s this balance of sportiness and everyday livability that makes the Corvette an unexpected joy to drive even when quick corner-carving isn’t on the menu.

Audio, climate, and infotainment functions are nearly all controlled by virtual buttons on the eight-inch center dashboard screen or by a couple rows of physical buttons. None manage to duplicate the ease and clarity of more traditional knobs, but they look more modern and follow the current trend in control interfaces. The instrument panel in front of the driver features another eight-inch screen that’s configurable with various layouts. One features a large, round, analog tachometer in the center (“virtual,” of course), with a choice of ancillary gauges and readouts. Track mode changes that to a race-oriented linear tachometer with minimal ancillary readouts. Most people should be able to find a satisfactory arrangement, unless, of course, they’re wanting a set of round mechanical gauges from the ‘70s.

Virtually every interior surface is covered with leather, aluminum, carbon fiber, or faux suede, providing a decidedly upscale ambiance. While not all of the leather-covered surfaces are padded, most that you’d touch are.

While “low” is usually a positive attribute in a sports car, it poses some problems in the Corvette. Since the roof and seat cushion are closer to the ground than in most other cars, getting in and out – even for folks of average stature – can be challenging. You don’t “get in” a Corvette as much as you “drop in.” And by the same token, you don’t “get out” as much as you “climb out.” This is aggravated in tight parking spaces, as the wide doors – which are attached to a wide car – can’t be opened far enough to make a large portal.

Once situated, the environment is … cozy. Taller folks may wish for more legroom, but regardless of size, both the driver and – more so — the passenger will find that the wide center console limits side-to-side knee room. Visibility is okay to the front and sides, but anything back much past your shoulders gets at least partially hidden by seat headrests, roof pillars, or the tall tail. However, the effects are minimized by small rear-quarter windows and a rear backup camera.

While “performance” is certainly a primary element in a sports car, it’s not the only focus of the Corvette. As has been the case with numerous competitors, the C7 has made strides in cabin appointments and driver comfort as well.

Meager cabin storage is provided by a small glovebox, shallow console box, and the usual twin console cupholders and door map pockets. On the positive side, the rear cargo area is reasonably large, and it can hold the coupe’s traditional lift-off targa roof (which is carbon fiber and thus lighter than before), while still leaving space for some soft (or flat) luggage underneath.