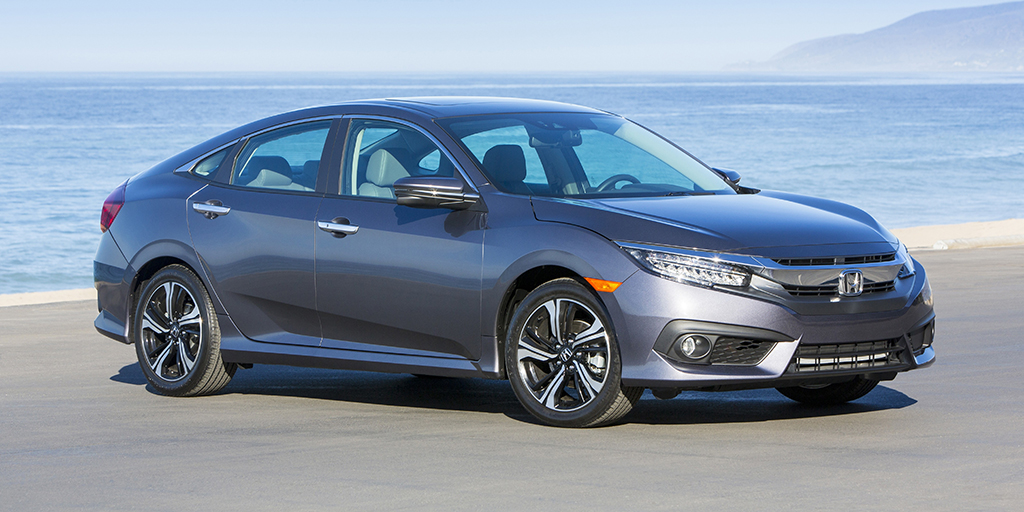 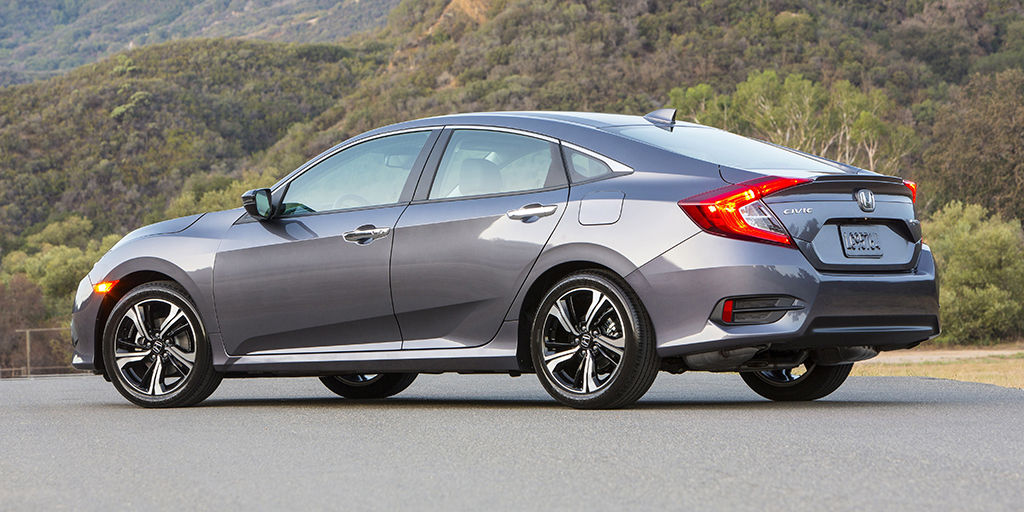 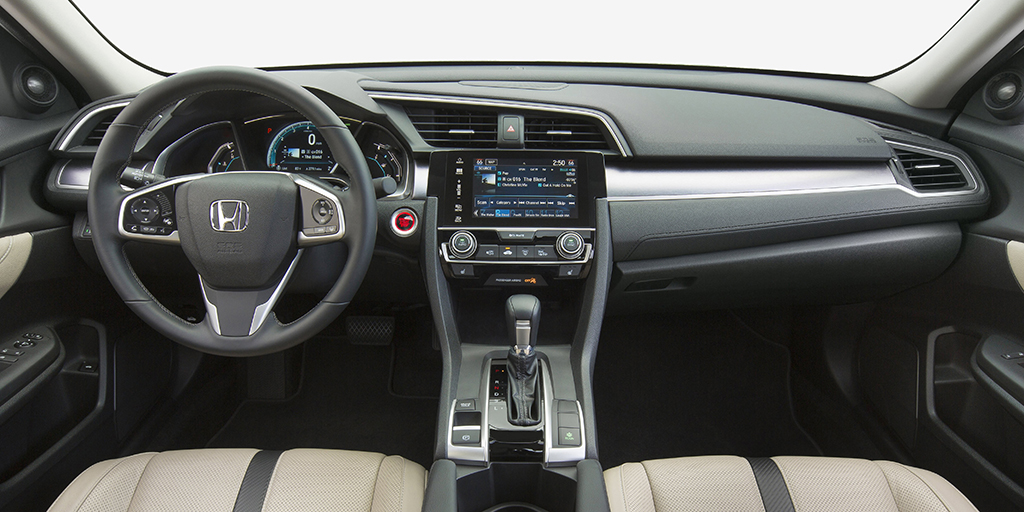 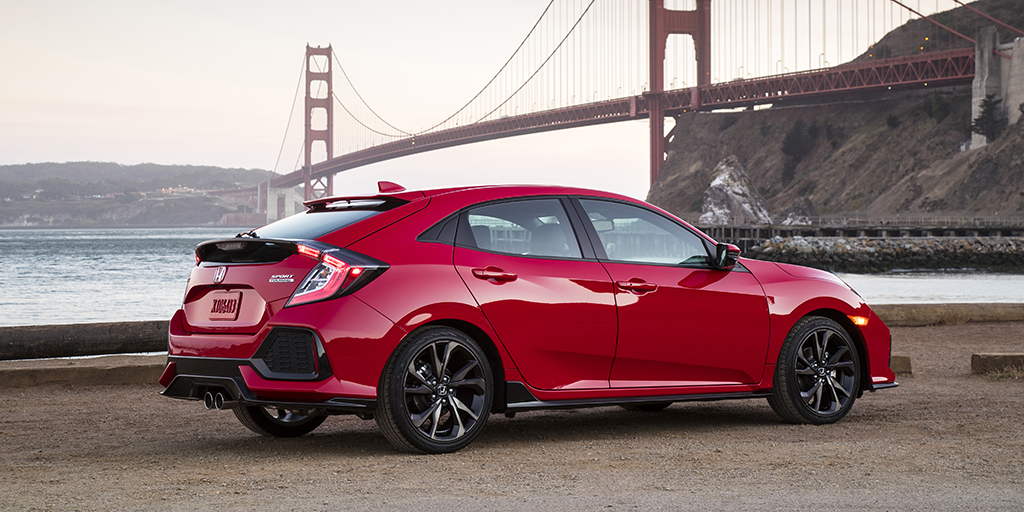 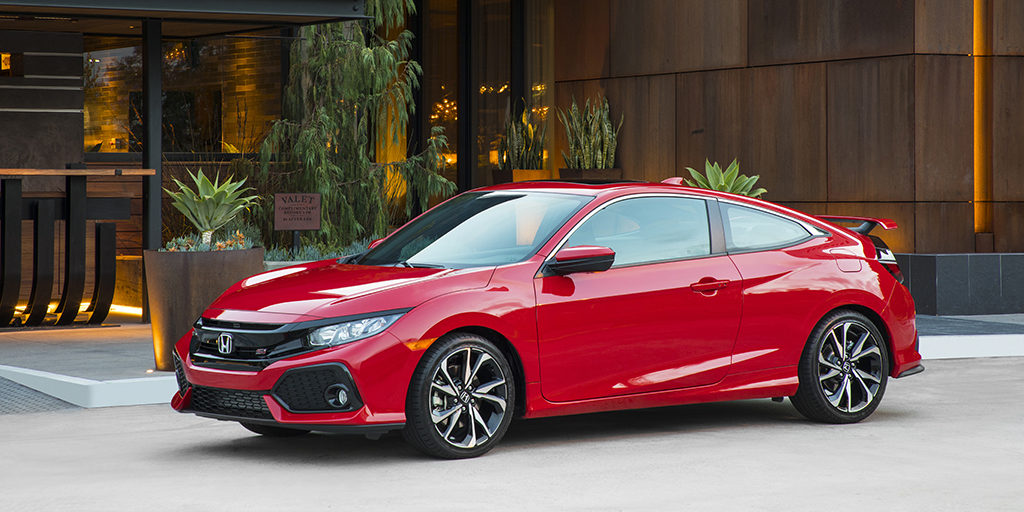 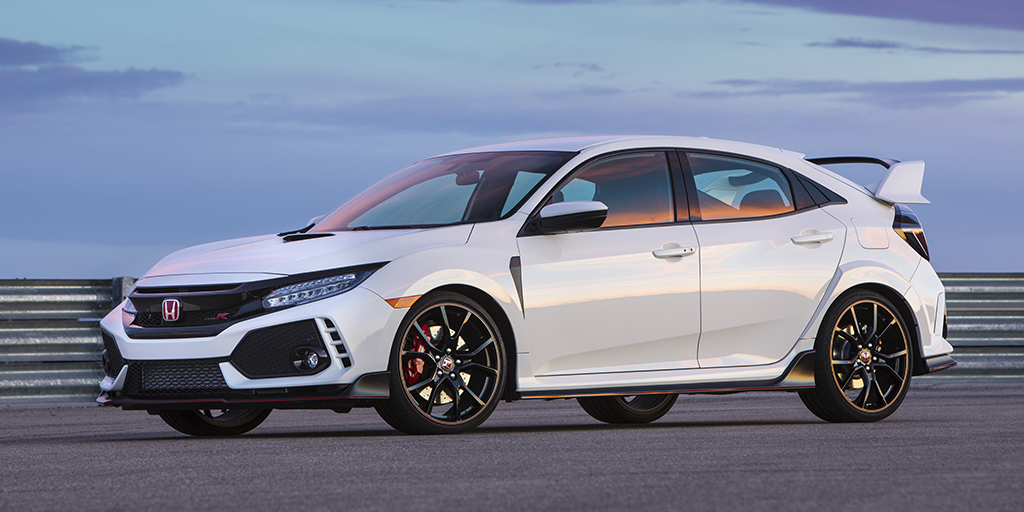 The redesigned Civic put Honda back at the top of the incredibly competitive compact-car class. Some of its rivals are quieter, and some offer more features for the money, but the Civic’s spaciousness, available tech features, engaging driving personality, efficiency, and all-around refinement—not to mention its broad model lineup—make it a compact-car must-see.

Honda’s long-running compact car was redesigned from the ground up for 2016. The Honda Civic was significantly larger and “swoopier” than its predecessor and offered the choice of a 158-horsepower 2.0-liter 4-cylinder or a 175-hp turbocharged 1.5-liter four. The Civic sedan hit the market first, followed by the Civic coupe. A revived 4-door hatchback body style, along with high-performance Civic Si and new-to-the-U.S. Civic Type R models, followed as 2017 models. (The Civic Hybrid and Natural Gas models were discontinued) Among the 2016 Civic’s newly available features were remote engine start, rain-sensing wipers, heated rear seats, dual-zone climate control, and Apple CarPlay/Android Auto functionality for the infotainment system. A “Honda Sensing” suite of safety equipment included lane-departure warning, lane-keep assist, forward collision warning and mitigation, and adaptive cruise control.

Honda’s Civic has long been the benchmark against which all other compact cars have been measured. Since its introduction to this country way back in 1973, it has gone through nine design generations, spending most of that time as the top-selling entry in its class.

Civic entered its tenth generation for 2016 with a redesign that brought racier contours along with new features and the car’s first turbocharged engine.

Civic has come a long way since its early years, and the 2016 model marked another big step—in more ways than one. Not only did it introduce a number of new features to the line but it was also significantly larger. Overall length grew by 3 inches on a 1.2-inch-longer wheelbase, rear-seat legroom increased by 1.2 inches, and trunk space increased by 20 percent. It was also nearly 2 inches wider and an inch lower.

The 2016 Civic sedan was offered in five basic trim levels: LX, EX, EX-T, EX-L, and Touring. The sporty Si returned and a high-performance Type R model was added for 2017.

Small four-cylinder engines have always been the Civic’s powerplant of choice, but 2016 ushered in a larger base engine along with the line’s first turbocharged engine. Newly standard was a 158-horsepower 2.0-liter that replaced a 140-horsepower 1.8. Meanwhile, upper-line models (starting with the EX-T) got a 174-horsepower turbocharged 1.5. All models came standard with a CVT automatic transmission except the base LX, which came with either a 6-speed manual or the CVT.

A notable “extension” to all trim levels for 2016 was Honda Sensing, which combined a suite of safety and convenience features into one package. These included: lane-departure warning, lane-keep assist, forward collision warning and mitigation, and adaptive cruise control.

Inside, there was ample adult headroom and legroom in front. Rear-seat headroom was sufficient for those up to about 6-foot tall, and even with the front seat all the way back, there was enough legroom behind it for an average-size adult to sit comfortably.

There was also an impressive amount of interior storage. A large glovebox was augmented by a forward console bin, another bin beneath it with USB and 12-volt jacks (with a pass-through between them to run cords), a huge console box with sliding lid containing two cupholders, a key bin, and USB jack, and modestly size map pockets.

Good visibility had always been a Civic trademark, and it continued to be so, as sightlines were good to the front, sides, and rear thanks to thin roof pillars.

The EX-L with Navigation carried the same 7-inch touchscreen interface we’ve seen on other recent Hondas. There were no knobs—just a flat screen—as volume and tuning were done either with virtual controls (the odd “sliding bar” for volume being a little awkward to use) or redundant steering-wheel controls. Only the LX came with a more conventional audio system. Climate controls (on EX and above, at least) consisted of a rotary knob for temperature along with physical and on-screen virtual buttons for everything else.

Early versions of the last generation were criticized by some as being a bit cut-rate inside, but it’s doubtful those folks would have had any problem with the 2016 model. Padding was to be found on the dashtop, doortops, and armrests.

The trunk was wide at the rear but had sickle-shaped hinges that dipped a bit into the load area. There was only a little “unofficial” under-floor storage space around the spare tire. The rear seatbacks folded via a release lever in the trunk, but they rested about 3 inches above the cargo floor (making it more difficult to slide in long items) and the opening was a bit restricted.

In normal driving, both powertrains worked fine; acceleration was smooth and the engines were relatively quiet, and the transmission kicked down fairly quickly for more passing power. But nailing the throttle from a stop, and … not much happened—at least not right away. The 2.0-liter “eased” off the line and built speed about 10 feet out, at which point it provided decent oomph. In all fairness, that was about par for the small-car course, especially in those with a CVT transmission. But the turbo engine didn’t really wake up until about 20 feet out, though once the power came in, it was quite strong. That, too, was rather typical of small turbocharged engines, and was really only disappointing if you equated “turbo” with “performance.”

The topline Civics with 17-in tires, were a bit stiff over the small bumps, but it made up for it with sporty, confident handling in the twisties. The base LX, which (along with the EX) rode on 16-inch tires, proved a bit more comfortable over bumps and didn’t seem to suffer much of a disadvantage in the corners.

There were a number of really good choices in the compact segment. But the Civic impressed with its interior room and cabin storage, overall refinement, and especially its available features.