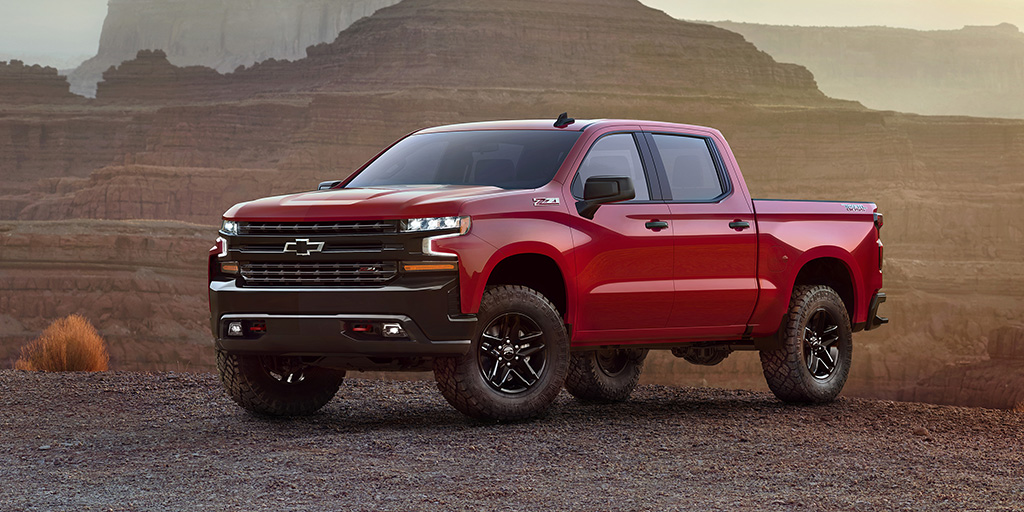 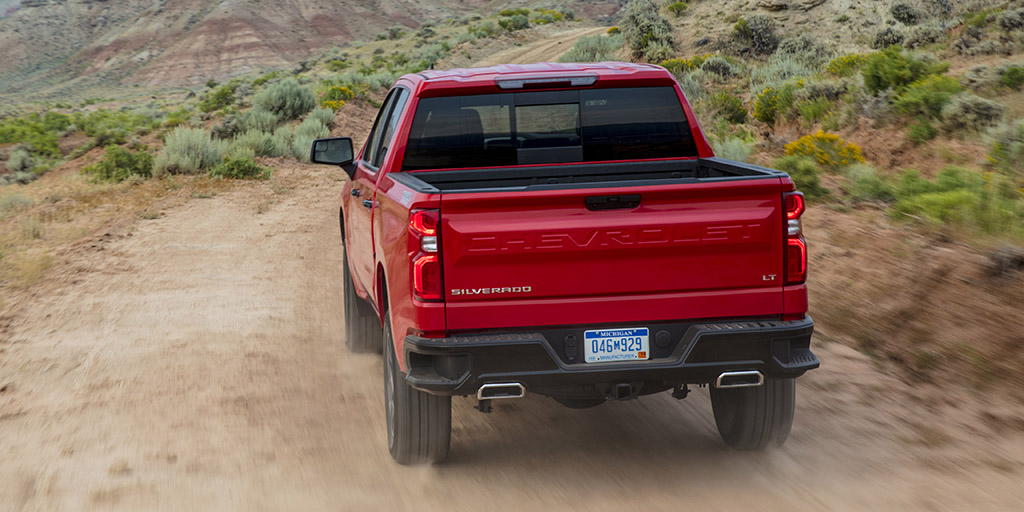 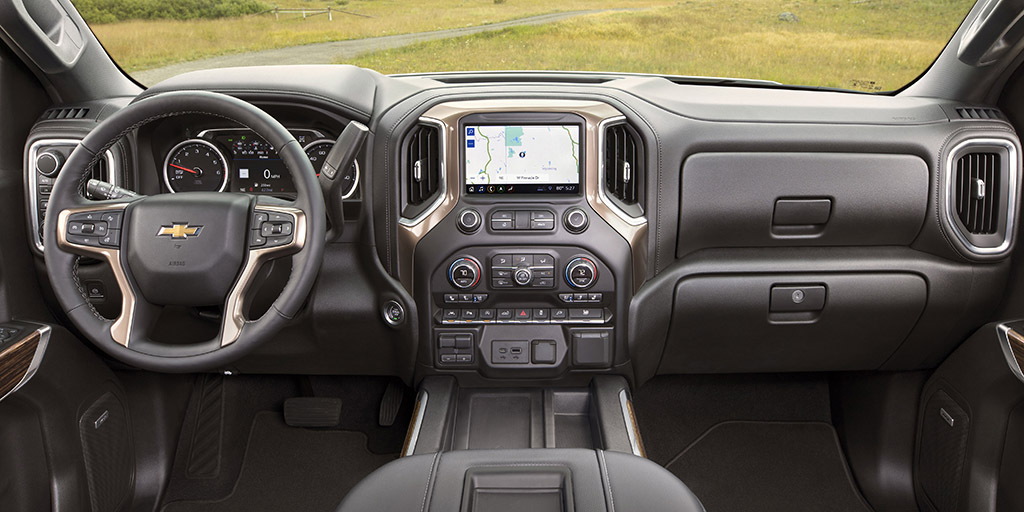 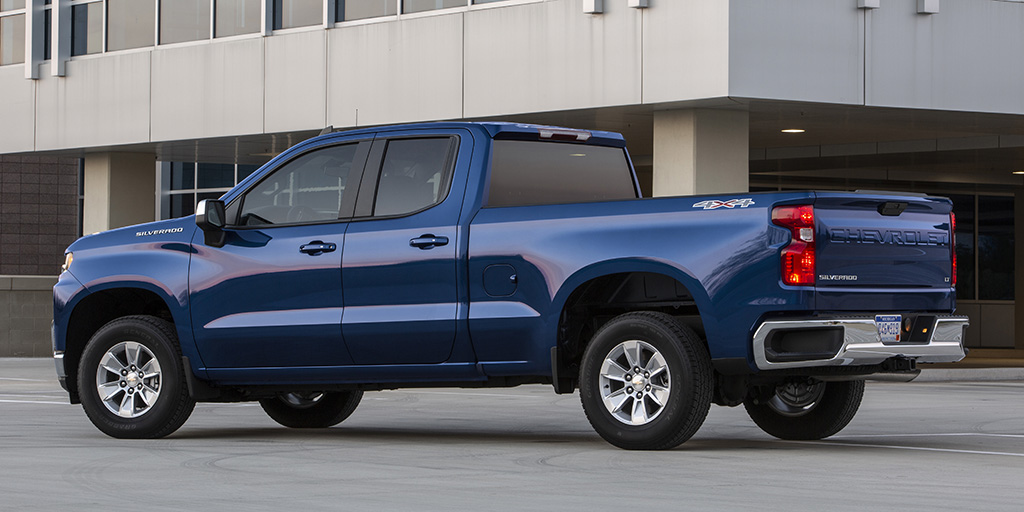 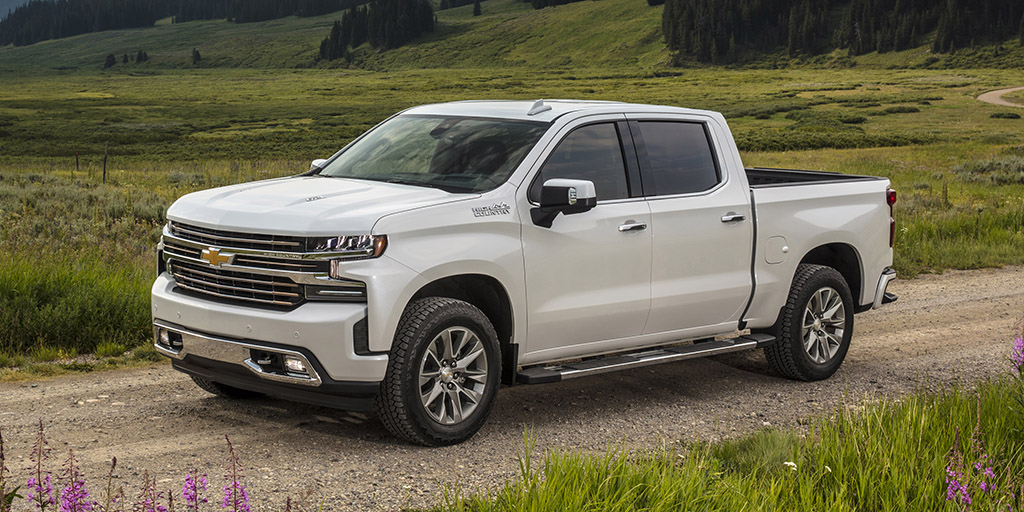 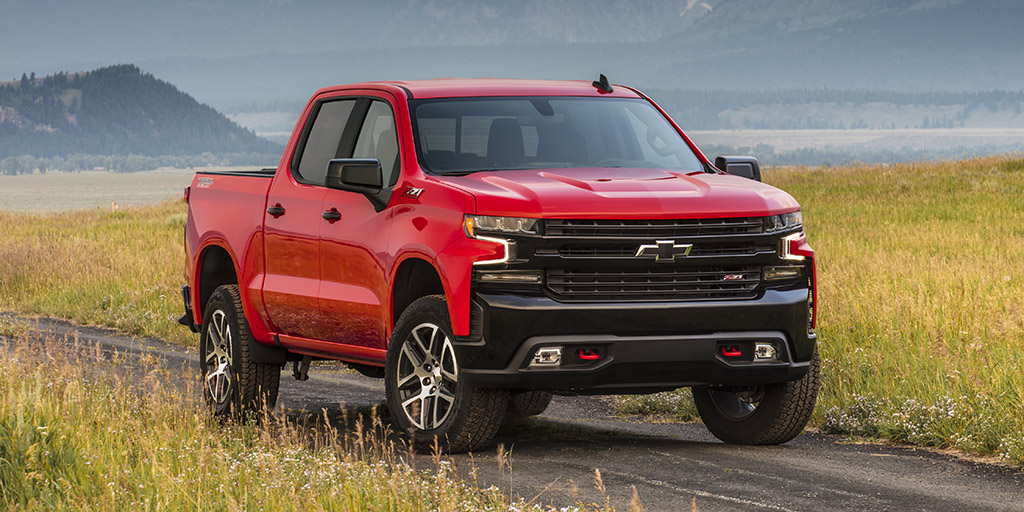 The Chevrolet Silverado was redesigned for 2019 on an all-new, larger platform; it gained new powertrain choices and a host of newly available technology features. The updated 420-hp 6.2-liter and 355-horsepower 5.3-liter V8s had stop/start technology and a new fuel-saving Dynamic Active Fuel Management system that can run on two, four, six, or eight cylinders as driving conditions warranted. A 285-hp 4.3-liter V6 with Active Fuel Management also returned. Added midyear was a 310-hp turbocharged 2.7-liter 4-cylinder with Active Fuel Management and stop/start technology. The Ram 1500 is still the best-riding full-size pickup, but the Silverado also rides quite well; it also has fine handling for a large pickup. With its wide range of powertrains and features, Silverado has something to satisfy any full-size truck buyer.

Ford, GM, and Ram (nee Dodge) all introduced redesigned pickups in the late teens – with GM’s and Ram’s coming on line as 2019 models. And Ford has made updates to its “aging” F-150, keeping it thoroughly up to date.

The redesigned 2019 Chevrolet Silverado was initially be offered only in crew-cab form, with extended- and regular-cab versions coming later. So, too, were added engine choices, as the early models all came with a V8, though V6 and 4-cylinder turbo variants were added midyear. A turbodiesel didn’t arrive until the 2020 model year.

There were eight different trim levels on offer — from traditional workhorses to loaded. Trims started with the Work Truck, essentially a “stripper” model aimed at the commercial market. Then there was the Custom, which wasn’t much dressier inside but boasted a “sporty” body-colored grille and trim along with 20-inch wheels, and the Custom Trail Boss with off-road equipment and a 2-inch suspension lift. Next came a quartet of mid-line models — which made up the bulk of sales — in the form of the LT, RST (essentially a “street performance” version of the LT), LT Trail Boss, and LTZ, and then the line-topping High Country.

A few changes to the redesigned Silverado stood out. The cargo bed was about seven inches wider between the walls, which increased bed capacity. It also provided space for accessory bedside bins with locking covers allowed carrying good-sized items under lock and key. The bedside walls were also quite tall – another aid to capacity – though that meant even average-size folks standing beside the bed might have trouble reaching over the walls to grab something off the floor of the bed. There were also larger steps built into the corners of the bumpers, along with an optional power-opening and closing tailgate – a segment first – which could be done through a button on the tailgate, a “myChevrolet” app on your phone, or (lowering only) from a button inside the cab. And speaking of the bed, there were 12 standard tie-down loops – three stacked top to bottom in each corner – along with holes where several more could be affixed.

Inside, the higher-line trim levels were very nicely appointed with padded dash face, door tops, and armrests. Wood trim and two-tone color combinations were available to provide a richer look.

Front and side roof pillars were fairly thick, blocking quite a bit of the view out, though rear pillars were commendably thin. Cameras were used to good advantage. Not only was there a standard rearview camera in the tailgate, but you could also get 360-degree cameras (which added them to the grille and each sideview mirror) and another mounted at the top edge of the back of the cab. With the flip of a lever, the last displayed its image across the entire surface of the inside rearview mirror, useful if passengers or cargo in the rear seat blocked the driver’s view back.

Additional camera views were helpful when trailering. One sighted down over the hitch as you line up the trailer tongue, and two sighted down the sides of the vehicle rearward so the driver could tell how the trailer was tracking. Another separate camera could be affixed to the back of the trailer (via a long cable) to aid the driver when reversing.

There were a host of other trailering aids as well. For instance, the truck could be programmed to activate the trailer lights in sequence so a single person could do a light check, and – if the trailer tires were equipped with sensors – their pressure and temperature could be displayed on the dash screen to help prevent blowouts.

On most models, soft-touch material covered the upper half of the instrument panel, the broad lid of the console box, the door centers and armrests, and the tops of all four doors. Front seats were well padded for a good degree of comfort—though rear seat backs felt a little thinner. Legroom was generous in either row of the crew cab and three well-fed adults could find room enough across the rear seat. Headroom was the least of any passenger’s concerns. In the extended cab, rear legroom is limited, especially if front-seat passengers are so long of limb as to need extra space. (Crew cabs have an additional 8.2 inches of second-row legroom.) Actually, a middle-rear passenger on the 60/40-split-folding bench might have had it best because his or her knees could fit between the backs of the front seats. Extended-cab rear seat backs were very upright and stiff. However, despite the short doors and tight space, second-row entry and exit weren’t too difficult. The ride height of 4WD models made for a challenging step-in height, but there were available extra-cost side steps.

A full complement of legible analog gauges faced the driver, with large speedometer and tachometer dials at both ends and a strip of four smaller ancillary gauges along the top of the instrument cluster. Chevy reduced some of the instrument-panel clutter by grouping push buttons for driveline mode and lighting onto a shared pod to the left of the steering wheel. In a world gone mad for novel transmission shifters, the Silverado stuck with a lever on the steering column. Virtual buttons on the 8-inch dash screen and manual volume and tuning knobs made the audio system fairly simple to program and operate. Climate controls used handy rotary temperature and fan switches, with a closely clustered group of buttons for other settings.

Personal items could be stashed in upper and lower glove boxes, and large map pockets—with cup holders—in all doors. Space in the console box was vast, and two exposed cup holders are holed up in the console. With the rear seat cushion flipped up, there was a wide storage space on the floor. The leather package had the added treat of small-item storage incorporated into the rear seat backs. Hinged lids blended into the seat when closed. Pairs of cup holders were found in the pull-down center armrest and in the back of the center console.

Endowed with 355 horsepower and 383 lb-ft of torque, the 5.3 V8 moved swiftly and directly from a standstill. Out on that big ribbon of highway in the not-so-wide-open spaces the 8-speed automatic downshifted promptly for assured passing in urban commuting. Dynamic Fuel Management ran a complex pattern of cylinder usage—under the lightest load conditions just two pistons could be pumping away—to save gas. EPA estimates were 15 mpg in city driving, 20 on the highway, and 17 combined, and Consumer Guide’s experience hewed fairly close to those projections with 16.2 mpg in a mix of 70% city and 30% highway driving with a 4WD crew cab.

New for 2019 was a 2.7-liter four-cylinder that produced 310 horsepower at 5600 rpm and 348 lb-ft of torque at 1500 revs. The obvious rationale for a 4-banger Silverado is fuel thrift, and its EPA economy estimates—19 mpg in city driving, 22 on the highway, and 20 combined with 4-wheel drive—are pretty impressive on paper. However, Consumer Guide only averaged 19 mpg in a 2WD extended cab with a mix of 35% city and 65% highway driving. Behind the wheel, you certainly feel the 4-cylinder engine’s quickly peaking torque down low, which is a saving grace. However, the engine doesn’t feel like it’s really hitting its stride until about 3000 rpm or so. The 4-cylinder truck definitely feels slower than its V8 sibling, but to damn it as outright underpowered would be wrong. The 2.7 is joined to a column-shift 8-speed automatic transmission that does an effective job of keeping the engine in the power band, and it kicks down effectively for passing.

While general pickup-truck ride and handling have improved markedly in recent years, off-road specials surrendered some ride comfort and quiet in on-road driving, thanks to “mud” tires with aggressive tread patterns. Even with no load in back, the leaf-spring rear suspension of Silverado’s 4WD truck acquitted itself pretty well on not-always-smooth surface streets. Rolling on optional all-terrain tires, a 2WD double cab rode a little smoother and quieter than a 4WD model with off-road tires. The 2WD suspension was commendably resistant to bumps.