CG Says: The 2020 Volkswagen Atlas makes telematics and Wi-Fi (subscription required) standard on all models. Some models gain standard equipment, but otherwise Atlas has few changes. New for 2020, is a two-row Atlas Cross Sport that is based on the Atlas, but is 5.7 inches shorter and has a sloping rear roof line (see separate report). Volkswagen introduced the Atlas midsize crossover SUV for 2018. It is one of the largest vehicles VW has ever sold in the U.S.; it’s bigger than most every midsize-SUV rival, and almost 10 inches longer than Volkswagen’s previous midsize SUV: the pricey, upscale Touareg. Despite its larger size, the Atlas is priced significantly cheaper than the Touareg; its price range puts it right in the heart of the midsize crossover market. The Atlas has three rows of seating for up to seven passengers with the standard second-row bench seat, or six with the available second-row captain’s chairs. The base engine is a 235-hp turbocharged 2.0-liter 4-cylinder. Most models are powered by 276-horsepower 3.6-liter V6. Both engines are paired with an 8-speed automatic transmission. Four-cylinders are front-wheel drive only, while V6s are available with front-wheel drive or all-wheel drive. Available safety features include autonomous emergency braking, pedestrian detection, blind-spot alert, rear cross-traffic alert, automatic post-collision braking, and lane-keep assist. Other available features include adaptive cruise control, park assist, automatic high-beam headlights, hands-free power liftgate, panoramic sunroof, overhead-camera view, and LED headlights. The Atlas’s cavernous interior provides generous passenger and cargo room, and the cabin is finished in VW’s typical classy, understated fashion—especially in the top-line SEL models. A pleasant driving personality; satisfying acceleration from the V6 engine; and a responsive, feature-rich infotainment system are other assets. Fuel economy with the V6 engine is a bit disappointing, but the Atlas’s space, performance, and European style should make it a viable alternative to rivals such as the Honda Pilot and Chevrolet Traverse. 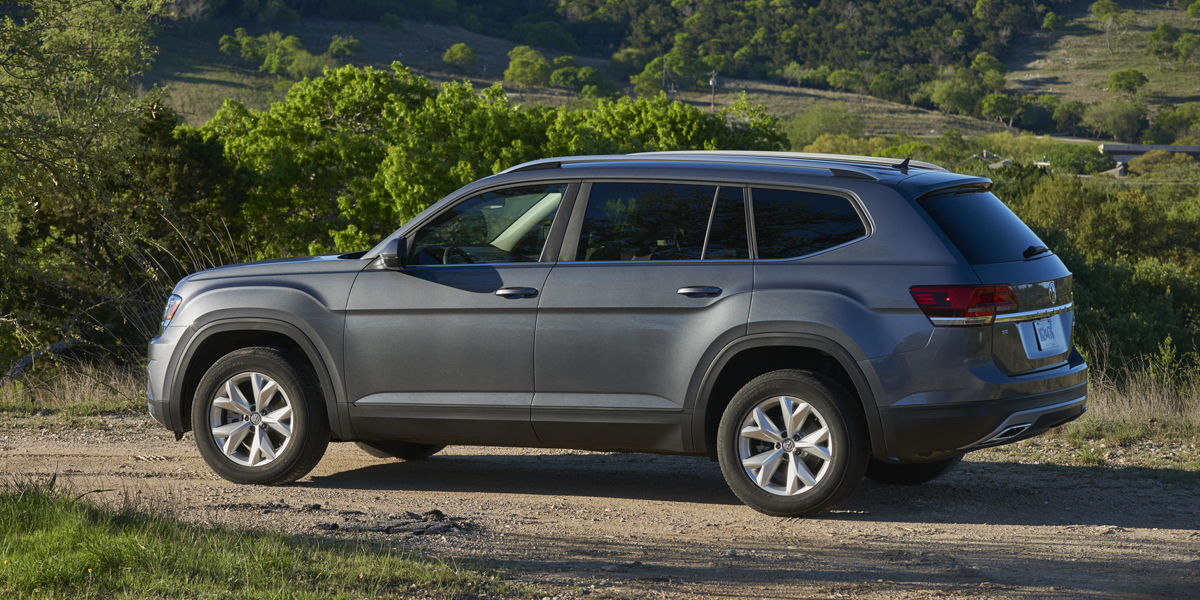