Cons: Only one engine available; more expensive than similar Passat

CG Says: The 2021 Volkswagen Arteon has revised styling inside and out, along with a new infotainment system. The Volkswagen Arteon is a premium midsize car which arrived for 2019 to replace VW’s stylish CC, which was discontinued after the 2017 model year. Unlike the CC, which had a traditional 4-door sedan layout, the Arteon is a 4-door hatchback sedan that offers a bit more cargo versatility. It’s is similar in size to VW’s mainstream Passat midsize sedan, but it has sleeker, flashier styling and notably higher price tags. The sole engine is turbocharged 2.0-liter 4-cylinder engine that puts out 268 horsepower and is paired with an 8-speed automatic transmission. Front-wheel drive is standard and all-wheel drive is available. Available safety features include autonomous emergency braking with pedestrian detection, blind-spot alert, lane-keep assist, and automatic high-beam headlights. Unlike its CC predecessor, the Arteon doesn’t sacrifice rear-seat room for style. Although the Passat is a better value, Arteon offers the grace and feel of a premium sport sedan for less money. 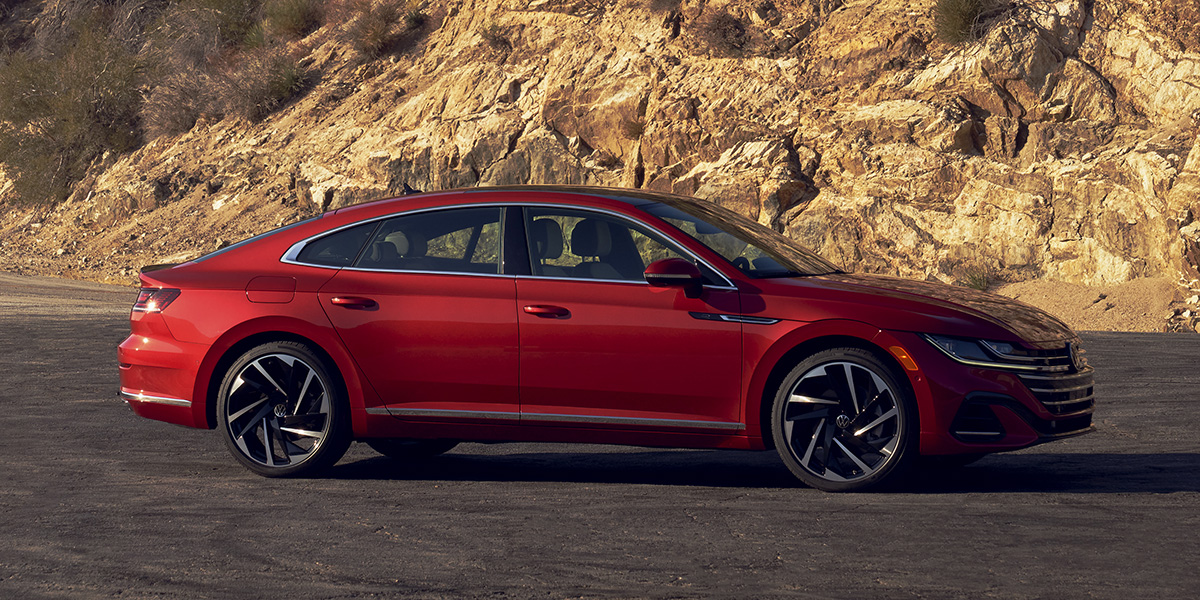