CG Says: Along with its S60 sedan sibling, the Volvo V60 wagon is redesigned for 2019. The V60 is the smaller of Volvo’s midsize wagons; it slots in size and price underneath the V90. The 2019 Volvo V60 is new from the ground up; it has a four-inch-longer wheelbase and a five-inch-longer overall length than the previous generation, and it gains several new technology features. A V60 Cross Country version, with a raised ride height and SUV-like body cladding, joins the line as a 2020 model. The “regular” V60 comes in base Momentum, sporty R-Design, and upscale Inscription trim levels. T5 versions (which aren’t offered in Inscription form) come with a 250-horsepower turbocharged 2.0-liter 4-cylinder engine and are front-wheel drive. T6 versions have a 316-hp turbocharged and supercharged version of the 2.0-liter four and have standard all-wheel drive. Both engines are paired with an 8-speed automatic transmission. Unlike its S60 sedan sibling, the V60 doesn’t offer a T8 plug-in-hybrid version. Available safety features include forward collision warning and mitigation with pedestrian/cyclist/large-animal detection, lane-departure warning and mitigation, oncoming traffic mitigation, and road-sign identification. Also available is the Pilot Assist driver assistance system that can keep the car in a chosen lane at a selected speed up to 80 mph. However, Pilot Assist is not fully autonomous and requires the driver to hold the steering wheel. Traditional station wagons of any stripe have become an endangered species as buyers flock to crossover SUVs, but the redesigned 2019 Volvo V60 makes a strong case for itself. The styling is handsome inside and out, and optioned-up examples have a truly premium look and feel. Despite some downsides—namely a complicated touchscreen infotainment interface and a cabin that can be a bit too cozy for large occupants—the V60 is a strong contender that offers athletic driving dynamics, a uniquely luxurious ambiance, and the versatile cargo capacity of its wagon body style. 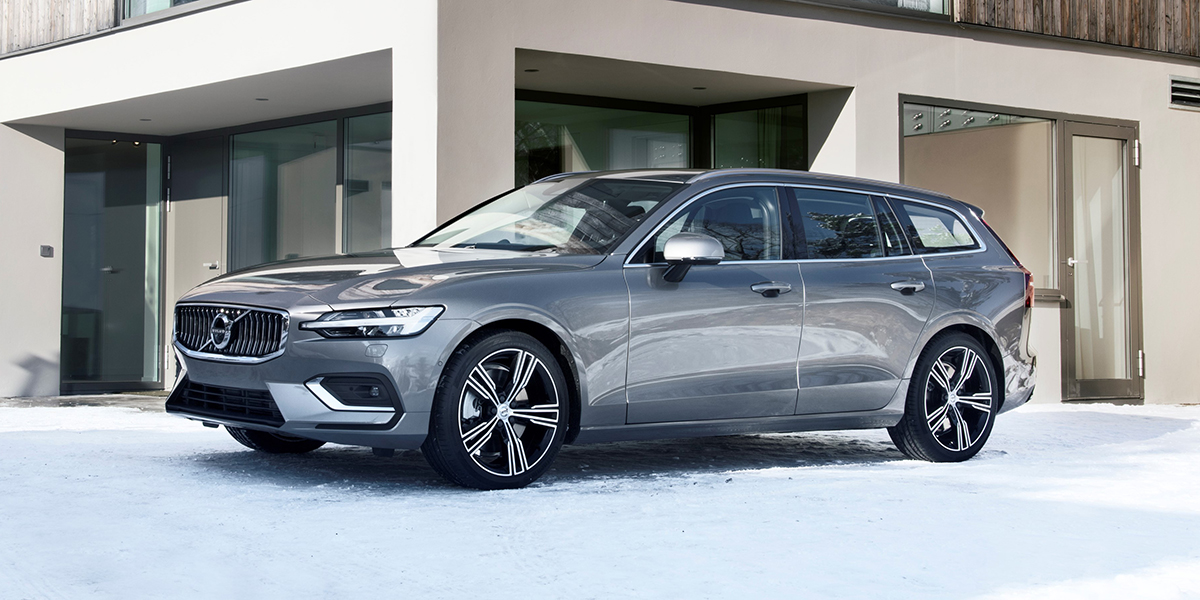