CG Says: The 2020 Audi Q7 replaces its supercharged V6 with a turbocharged V6 that is paired with a 48-volt mild hybrid system. The new 335-horsepower 3.0-liter turbo has only two more horses than the previous engine, but torque increases by 44 lb-ft. Due later in the model year is a high-performance SQ7 with a 500-hp twin-turbocharged 4.0-liter V8 that Audi say accelerates 0 to 60 mph in 4.3 seconds. There is also refreshed styling and a new control system that does away with the previous rotary control knob. Also new is a driver-attention monitor that can stop the vehicle if the driver doesn’t respond to alerts. Redesigned for 2017, Q7 is Audi’s biggest SUV. This premium crossover has three rows of seats and can accommodate up to seven passengers. Three engines are offered: a 248-horsepower turbocharged 2.0-liter four cylinder and the previously mentioned turbocharged 3.0-liter V6 and 4.0-liter V8. All have an 8-speed automatic transmission and all-wheel drive. Standard features include panoramic sunroof, power liftgate, and xenon headlights. Available safety and technology options include a traffic-jam-assist feature that allows for semi-autonomous driving at speeds up to 37 mph; infrared night-vision assistant; a collision-mitigation system with automatic braking; Audi’s “virtual cockpit” that fills the 12.3-inch instrument-display area with a panoramic 3D-like map while the depictions of the gauges migrate to the corners; top-view camera; and pedestrian detection. The Q7 is a solid contender that delivers surprising athleticism for its class, along with a quiet, sophisticated cabin and all of the expected technology and safety features. Its cargo capacity comes up short compared to its rivals, and its ride might be too firm for some drivers, but the Q7 is a well-executed luxury SUV that is more tractable than its size would suggest. 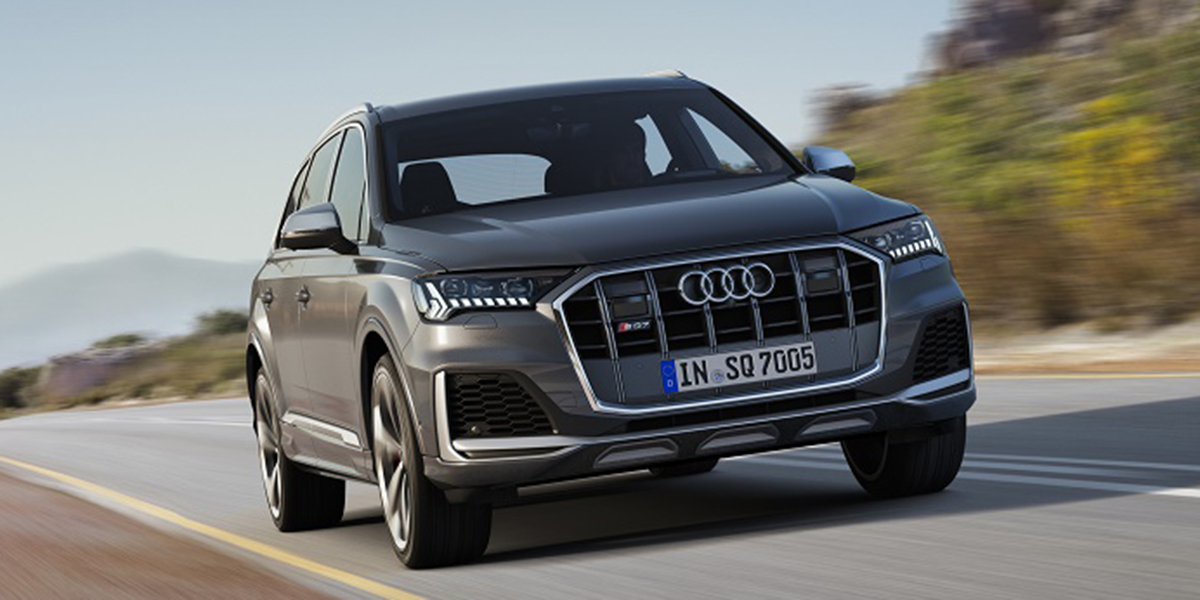