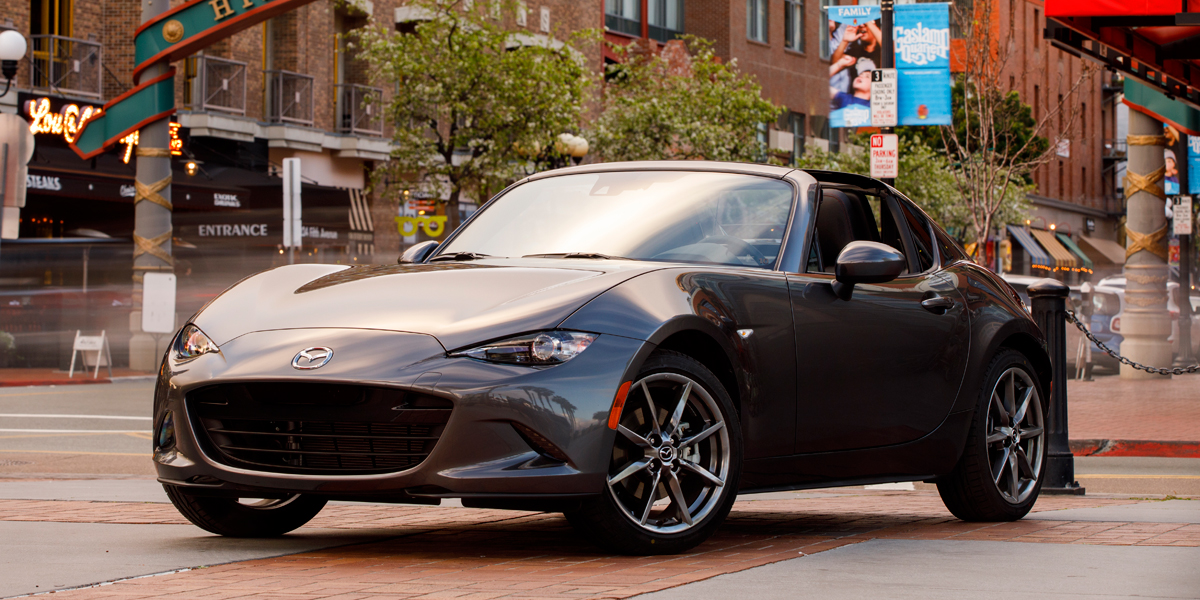 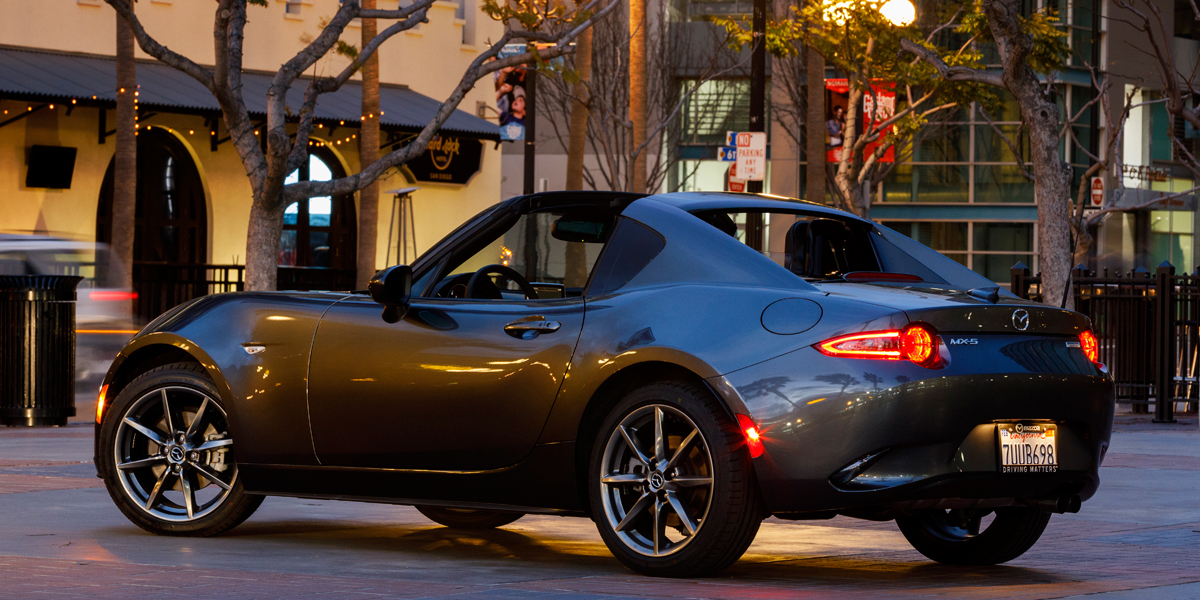 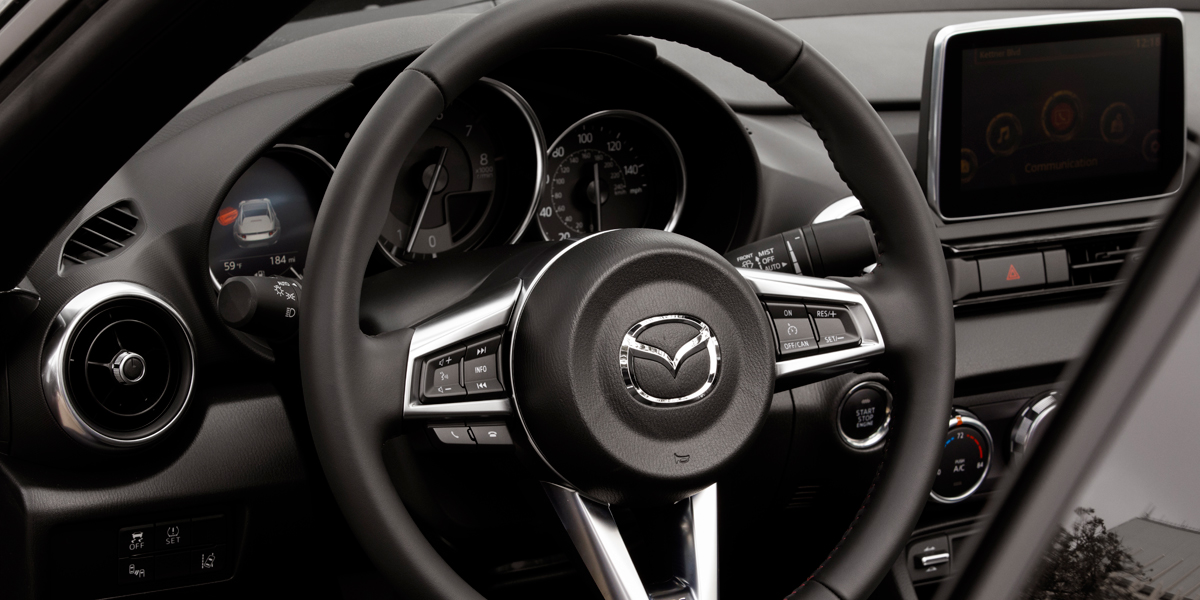 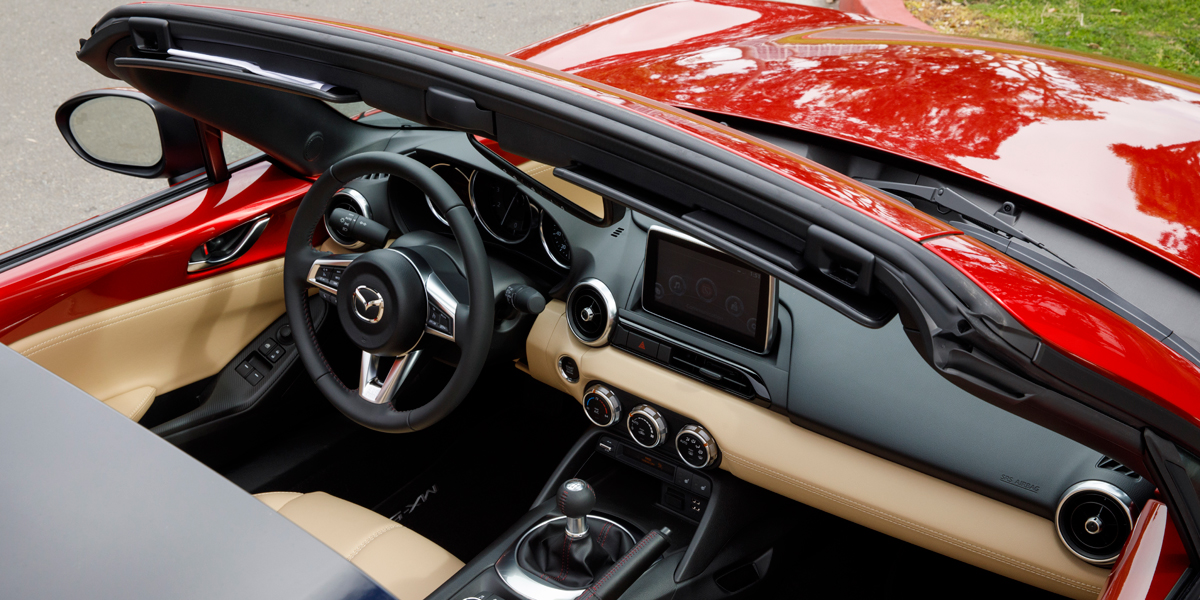 The MX-5 Miata is Mazda’s zippy, 2-seat-convertible sports car. It comes as a traditional soft top and an RF (Retractable Fastback) model with a targa-top body configuration. The RF has fixed rear roof pillars and a power-retractable hardtop center roof panel in place of the regular Miata’s manual soft top. This diminishes the open-air feel somewhat, but allows for a bit more security and styling flair…and the RF has the same trunk capacity as the soft-top Miata. Trim levels on the soft-top model ascend through Sport, Club, and Grand Touring models; the RF model is available only in Club and Grand Touring trim. The lone Miata powertrain is a 2.0-liter 4-cylinder with 155 horsepower and 148 lb-ft of torque, paired with either a 6-speed manual or 6-speed automatic transmission. Available features include lane-departure warning, rear cross-traffic alert, blind-spot monitor, automatic high-beam control, Bluetooth connectivity, a navigation system, and the Mazda Connect infotainment system with a 7-inch touchscreen.

Official information on the 2018 Mazda MX-5 Miata was unavailable as of this writing, but we are not expecting any major changes.

EPA information on the 2018 Miata was unavailable as of this writing, but we are not expecting any significant changes. For 2017, the EPA rated the Miata at 26 mpg city/33 highway with the manual transmission and 26/35 with the automatic. In Consumer Guide® testing, a manual-transmission Club model averaged 31.4 mpg in 60-percent highway driving, and a manual RF Grand Touring model averaged 33.7 in 70-percent highway driving.