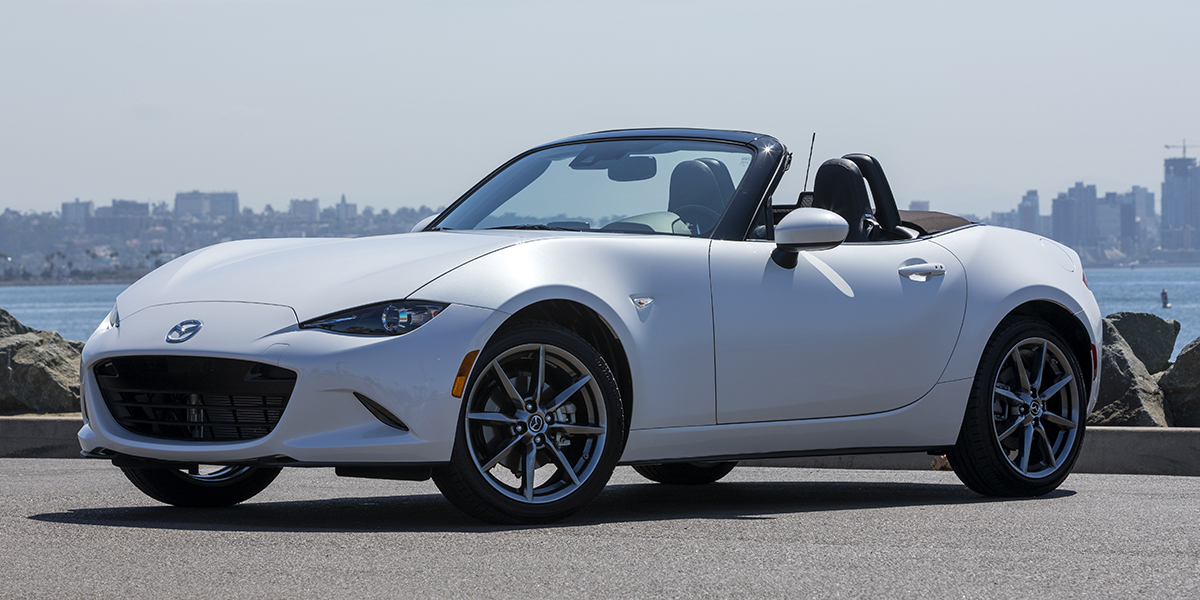 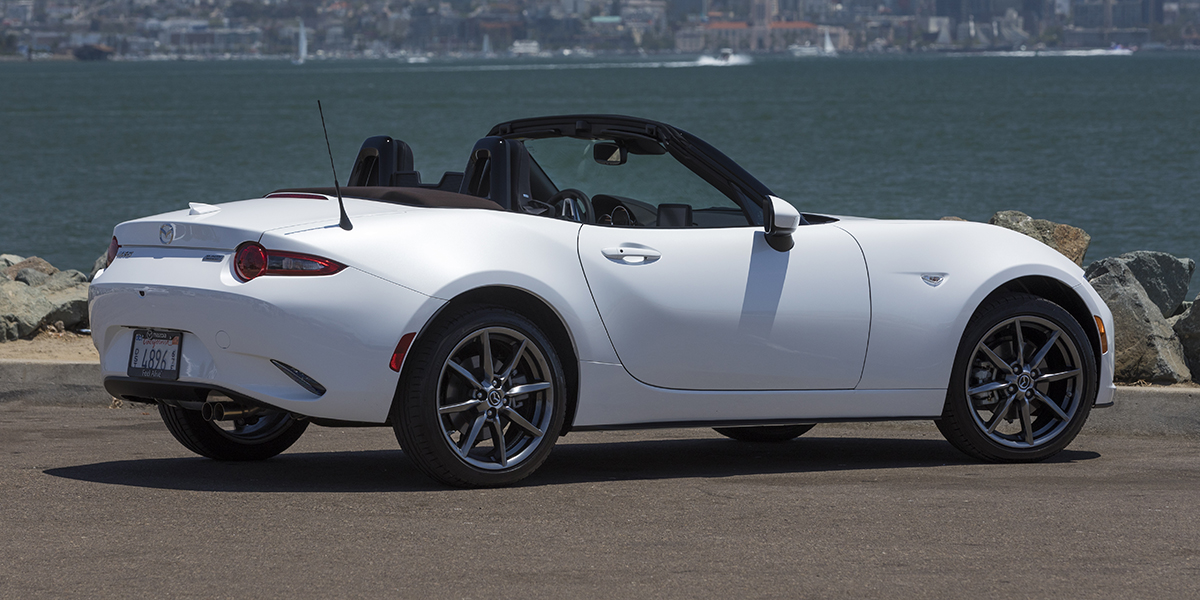 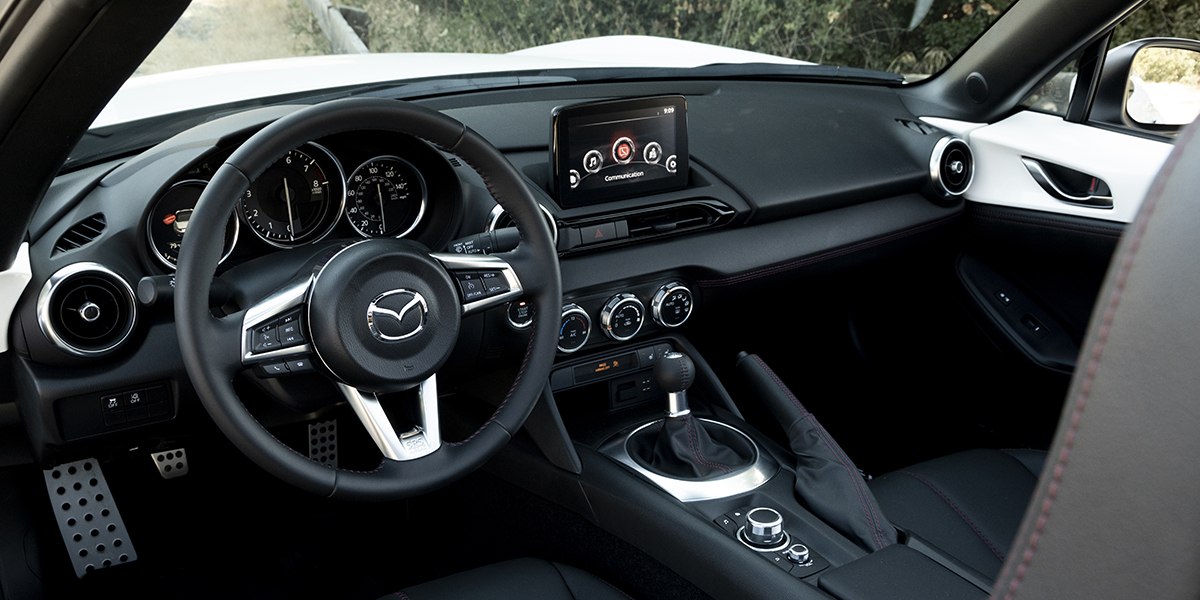 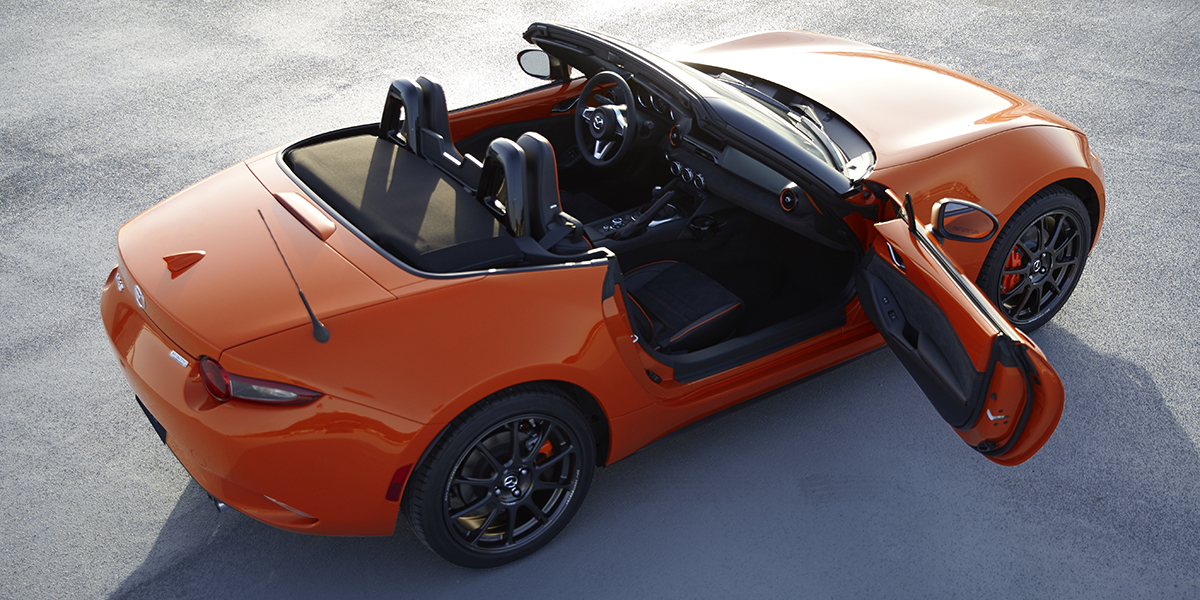 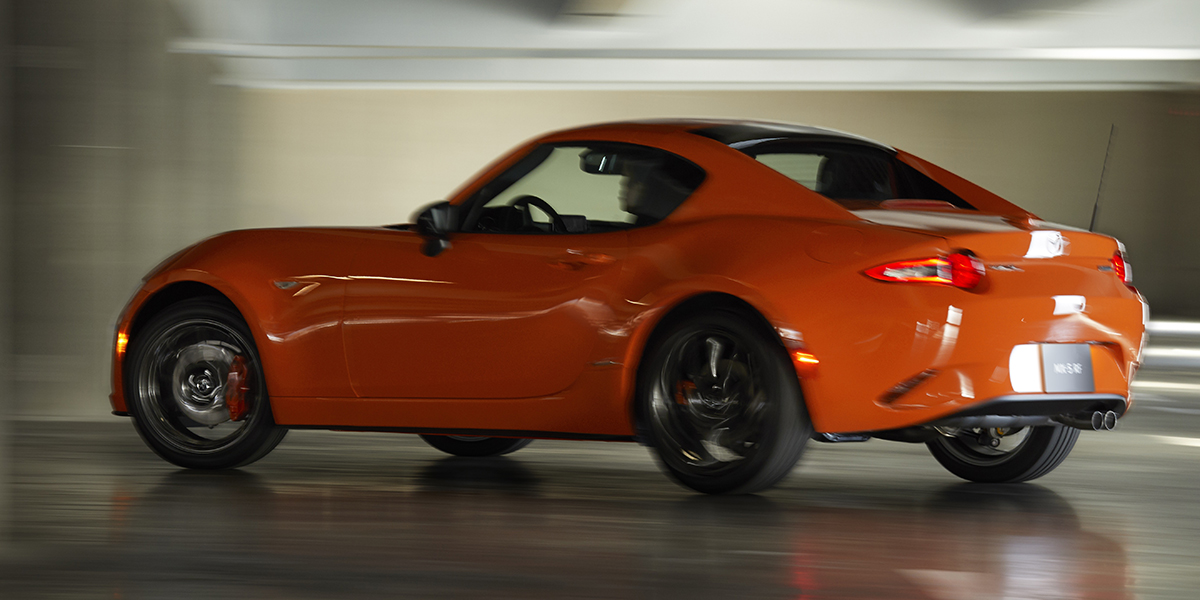 The MX-5 Miata is Mazda’s zippy, 2-seat-convertible sports car. It comes as a traditional soft top and an RF (Retractable Fastback) model with a targa-top body configuration. The RF has fixed rear roof pillars and a power-retractable hardtop center roof panel in place of the regular Miata’s manual soft top. This diminishes the open-air feel somewhat, but allows for a bit more security and styling flair…and the RF has the same trunk capacity as the soft-top Miata. Trim levels on the soft-top model ascend through Sport, Club, and Grand Touring models; the RF model is available only in Club and Grand Touring trim. The lone Miata powertrain is a 2.0-liter 4-cylinder with 181 horsepower and 151 lb-ft of torque, paired with either a 6-speed manual or 6-speed automatic transmission. Available features include lane-departure warning, rear cross-traffic alert, blind-spot monitor, low-speed automatic emergency braking, automatic high-beam control, Bluetooth connectivity, a navigation system, and the Mazda Connect infotainment system with a 7-inch touchscreen.

Information on the 2020 Mazda MX-5 Miata was unavailable as of this writing, but we are not expecting any major changes after the mild freshening and 17-percent increase in horsepower the Miata received for 2019.

The EPA rates the Miata at 26 mpg city/34 highway with the manual transmission and 26/35 with the automatic. In Consumer Guide® testing, a manual-transmission Grand Touring model averaged 30.7 mpg in 60-percent city driving, and a manual RF Grand Touring averaged 34.4 mpg in 80-percent highway driving.