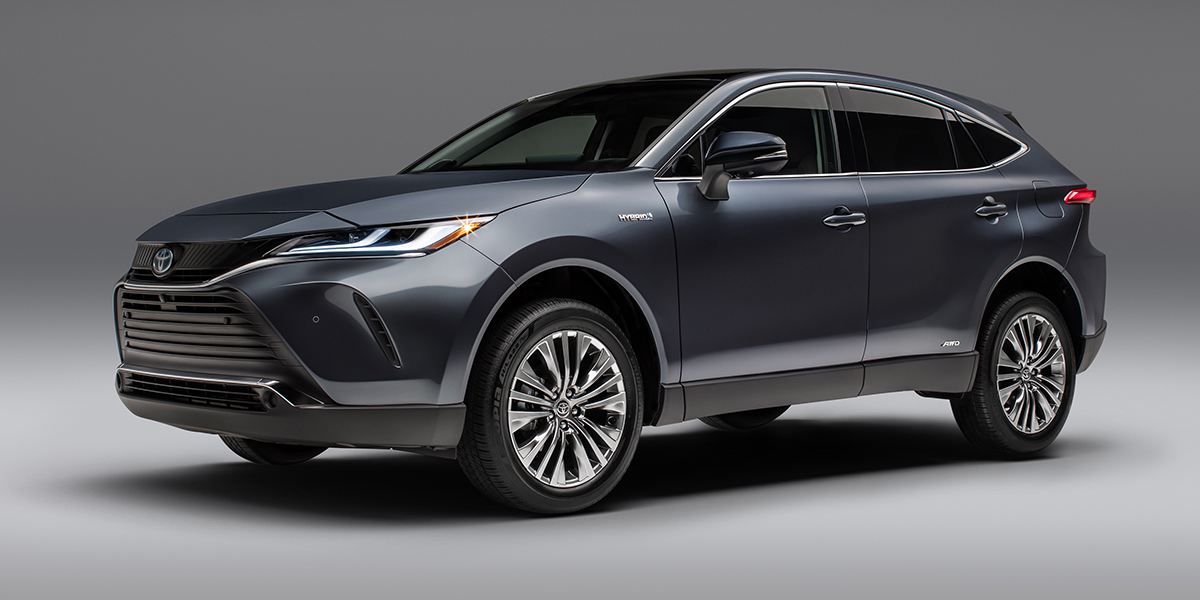 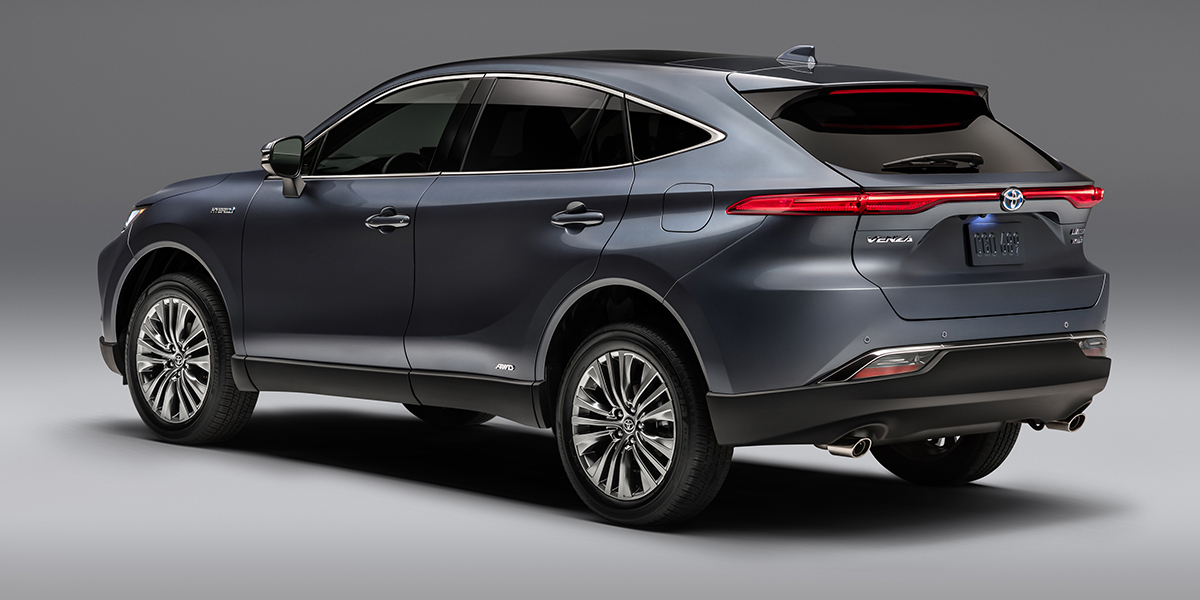 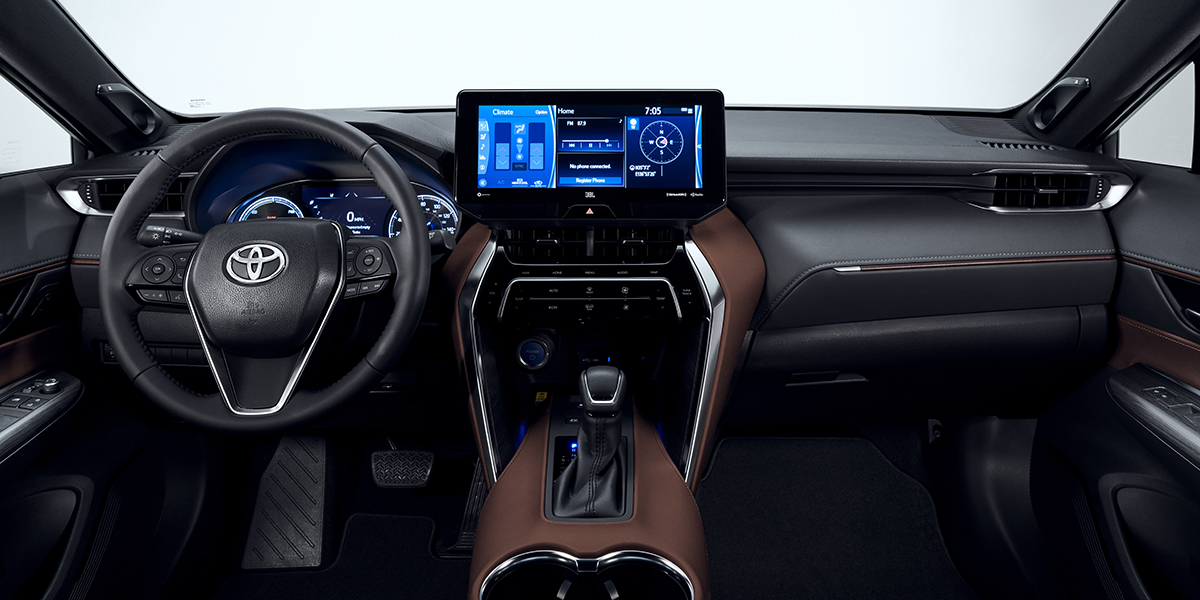 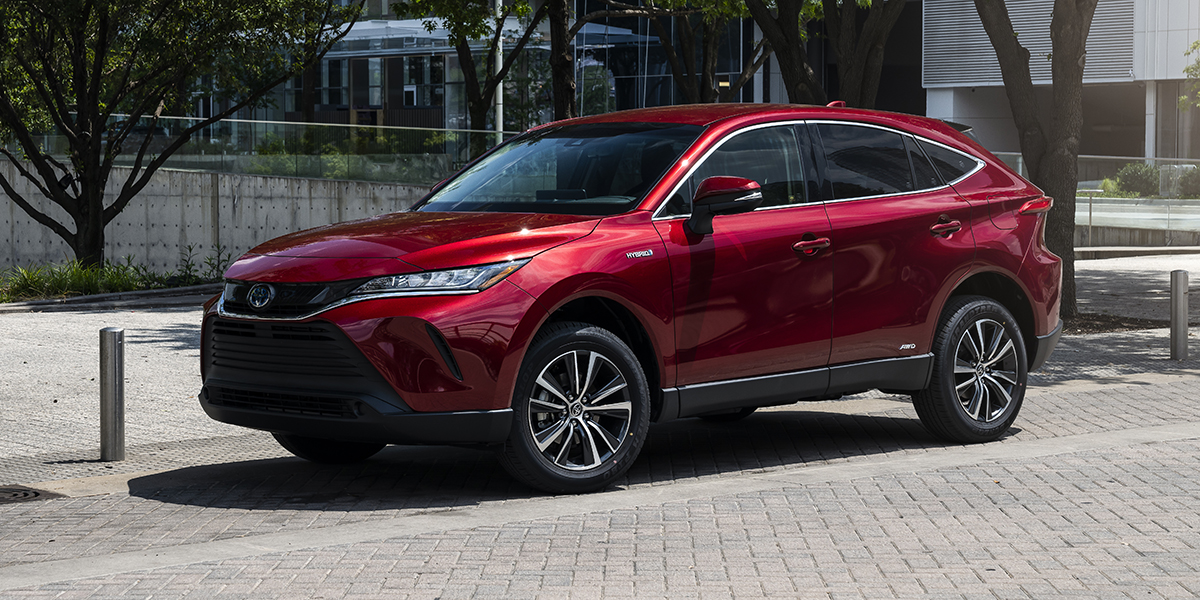 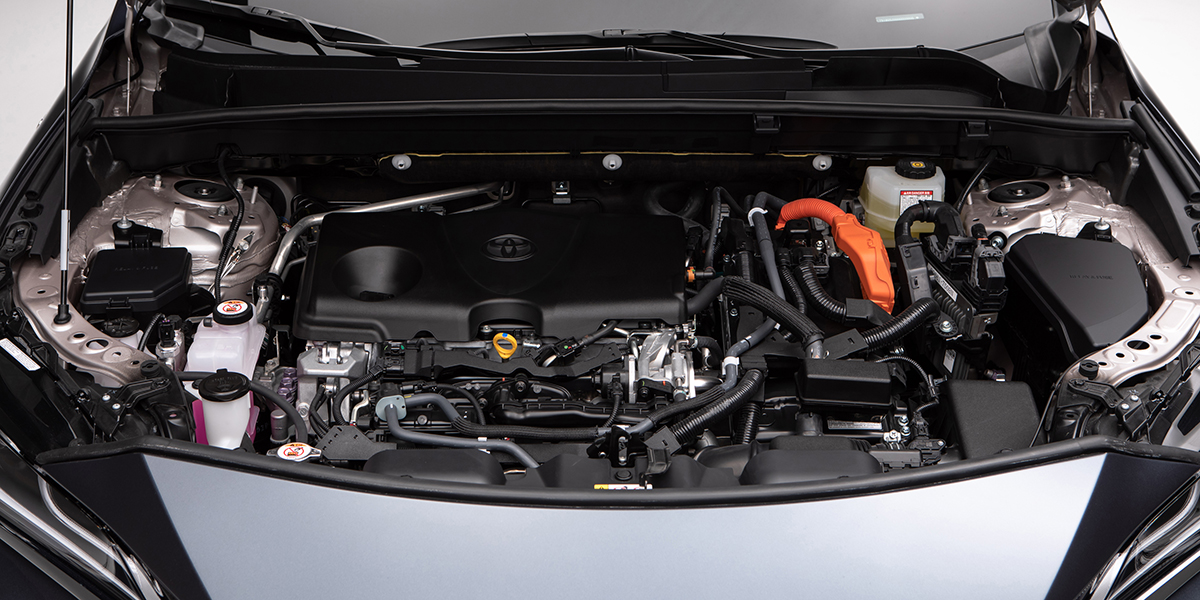 The Venza is Toyota’s 2-row, 5-passenger midsize crossover SUV; it “re-debuted” for 2021, positioned as a stylish urban-commuter vehicle that competes primarily with rivals such as the Chevrolet Blazer, Ford Edge, and Nissan Murano. Toyota previously used the Venza badge on a 2-row midsize crossover it sold from 2009-2015, but the new model shares nothing but its name with its predecessor. It comes standard with a hybrid powertrain and all-wheel drive—a 2.5-liter 4-cylinder engine is paired with a continuously variable automatic transmission (CVT) and three electric motors for a total output of 219 horsepower. One of the motors is mounted in the rear to drive the rear wheels when needed to reduce front wheel slip or improve cornering. The model lineup ascends through LE, XLE, and Limited models. LEs are well equipped with standard features such as keyless entry and starting, wireless smartphone charger, a hands-free power liftgate, and the Toyota Safety Sense 2.0 suite of active safety features. XLE models add features such as front and rear park sensors, heated front seats, auto-dimming mirror, and a larger driver-info display. The top-line Limited gets features such as full simulated-leather upholstery, a heated steering wheel, heated and ventilated front seats, a 360-degree camera system, and a premium JBL audio system with a 12.3-inch infotainment touchscreen (that last item is optional on the XLE).

After its debut for the 2021 model year, the Venza sees no significant changes for 2022.

The Venza is one of only five traditional hybrid vehicles available in the mainstream midsize SUV class—the others are the Ford Explorer, Hyundai Santa Fe, Kia Sorento, and Toyota’s own Highlander (The Santa Fe, Sorento, and redesigned-for-2022 Jeep Grand Cherokee offer plug-in-hybrid powertrains). The Venza’s excellent fuel economy is a key selling point, but the generous list of standard and available features, comfortable ride, and classy cabin also make the Venza a clear Best Buy pick.