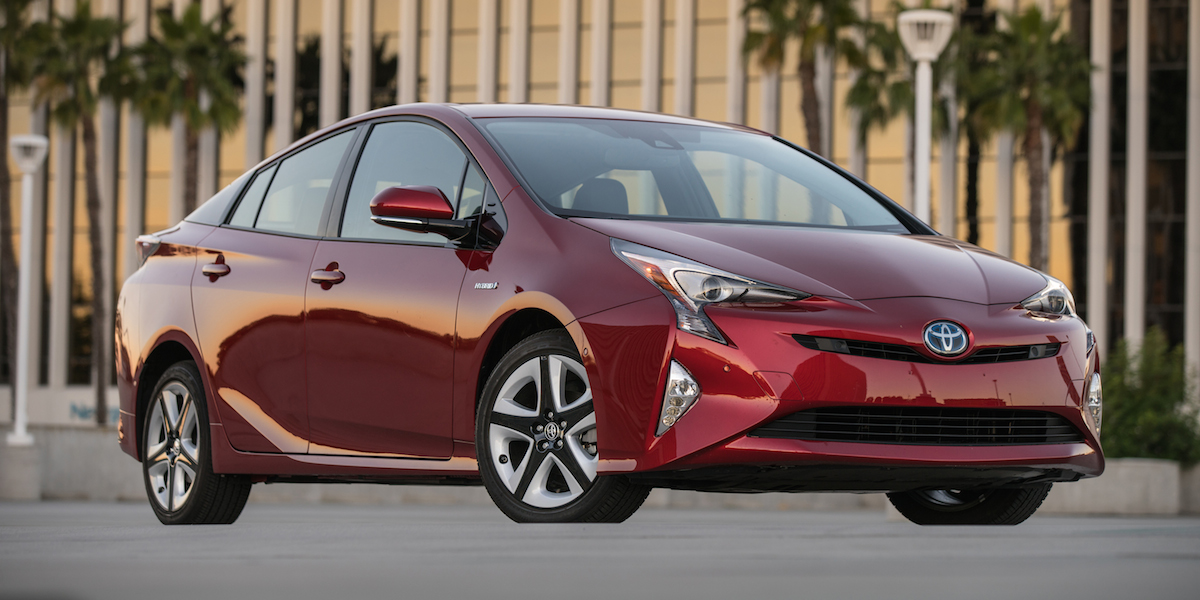 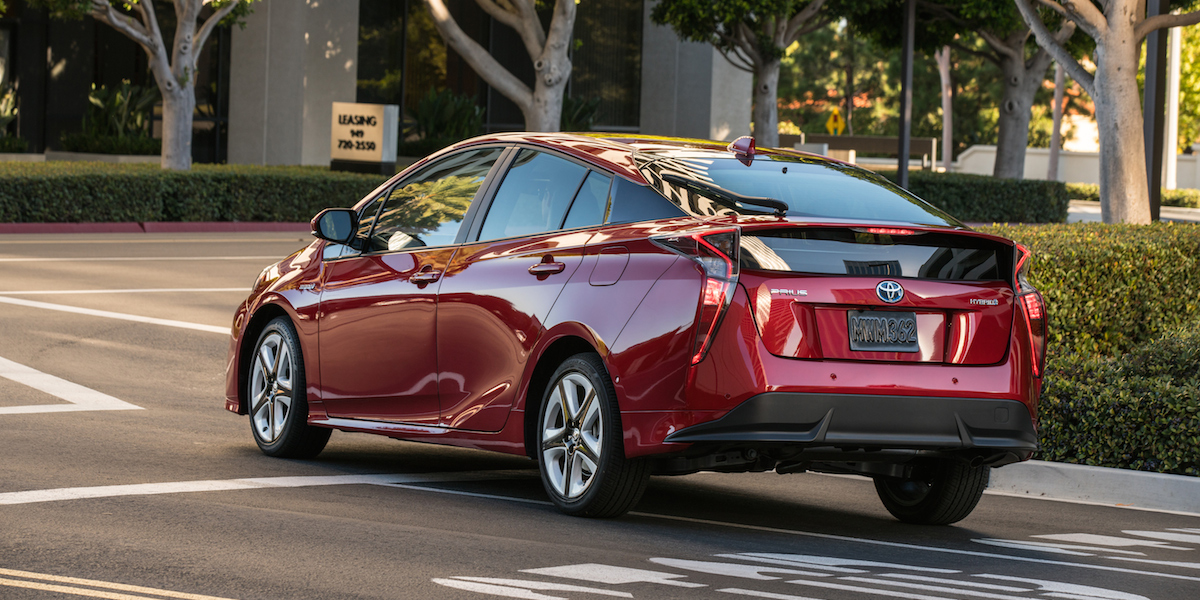 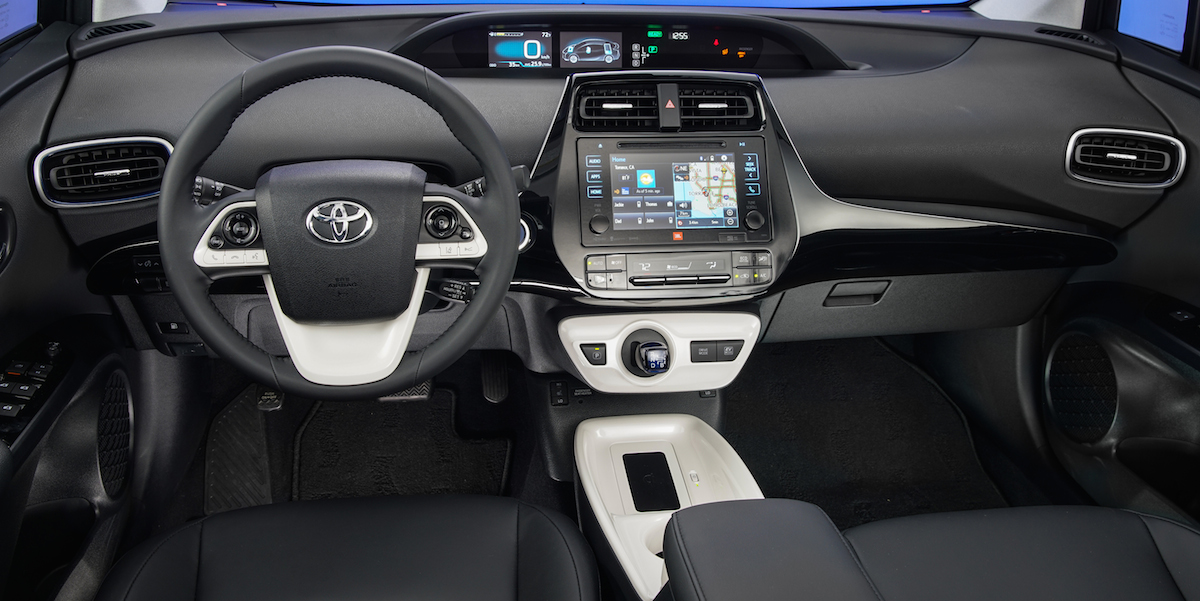 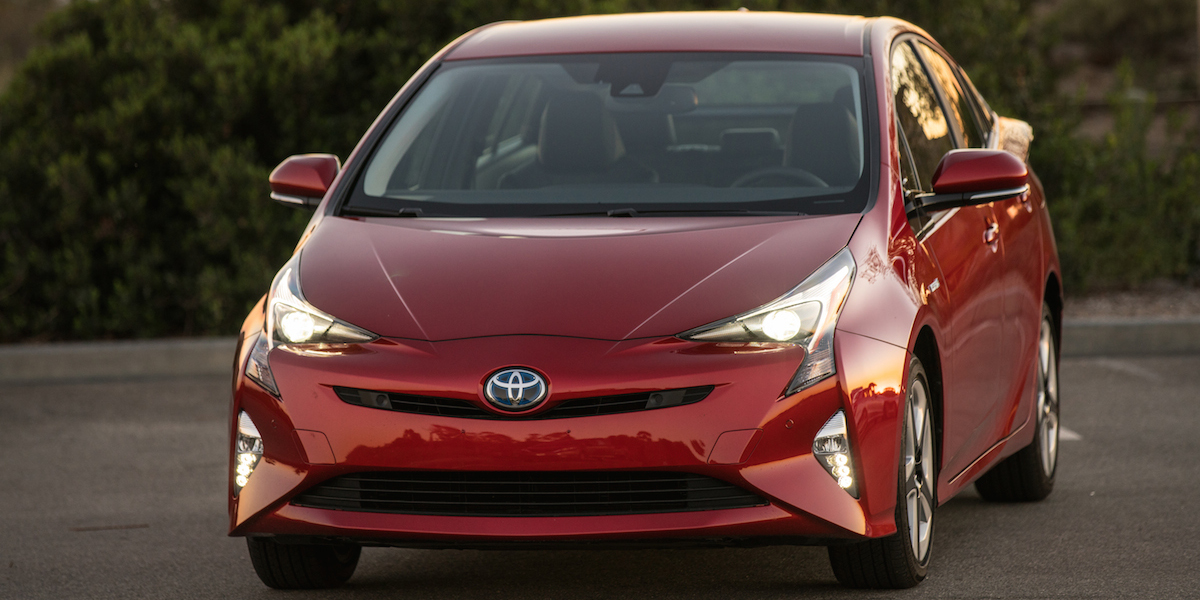 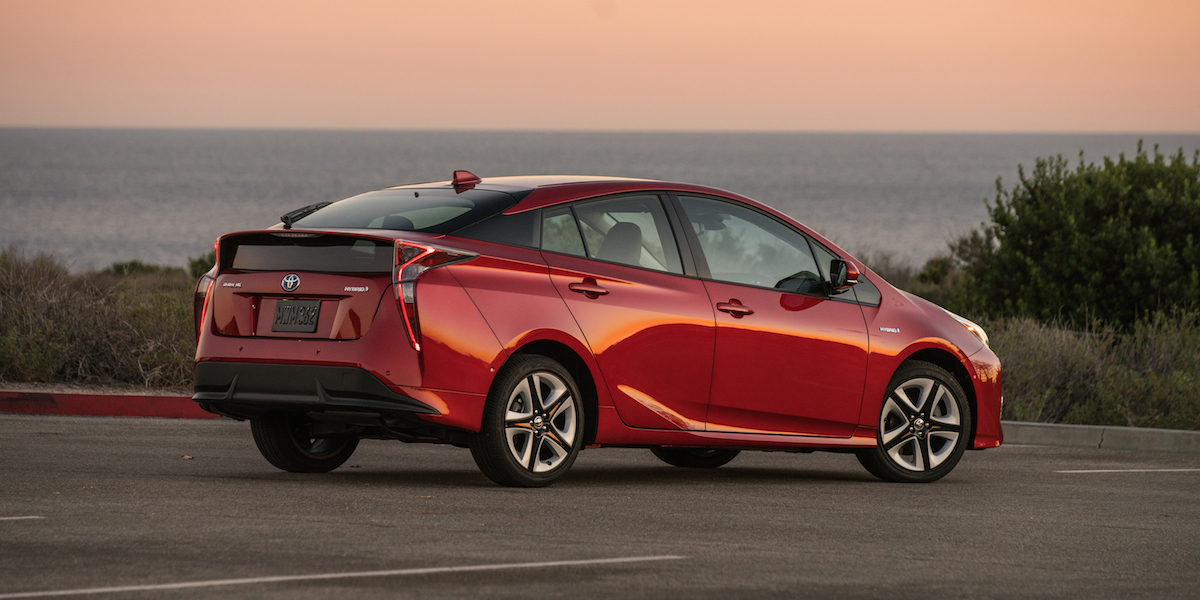 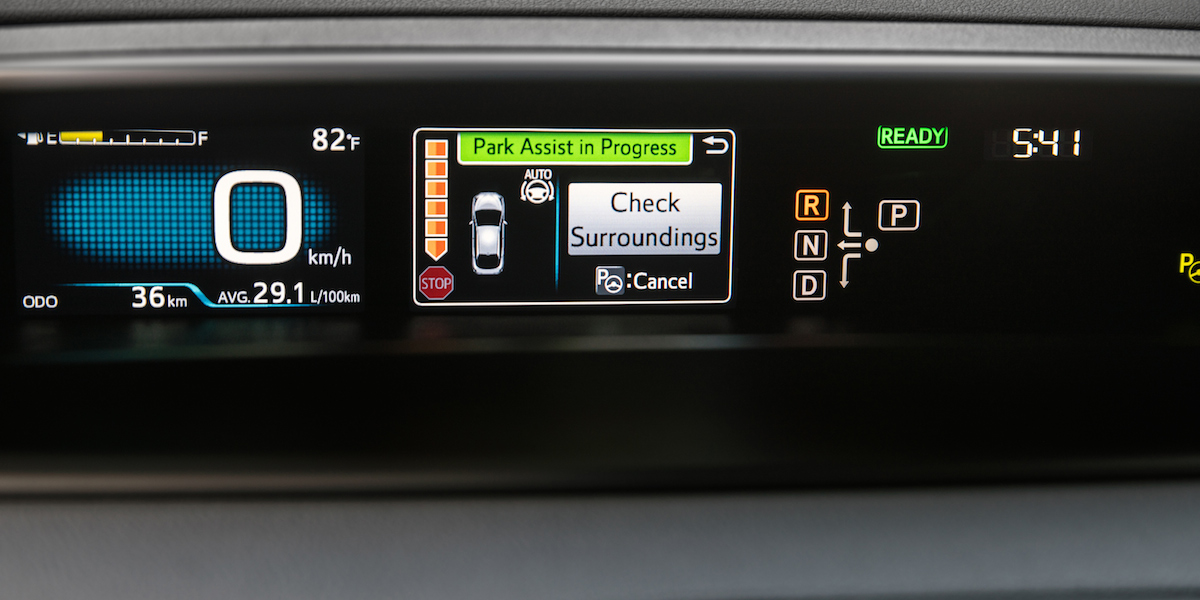 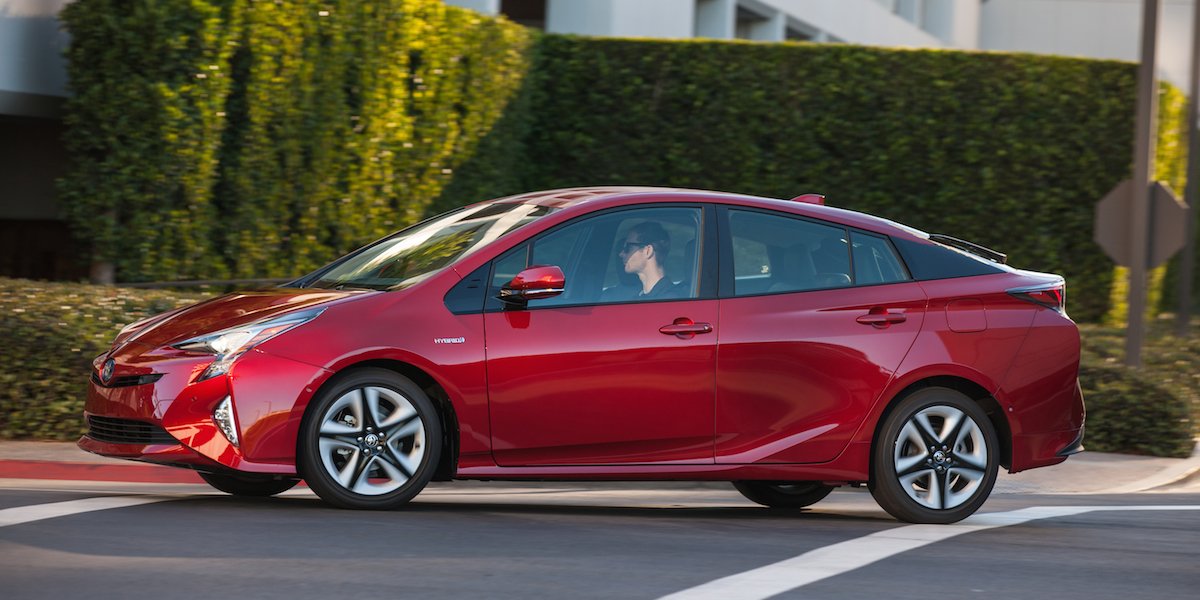 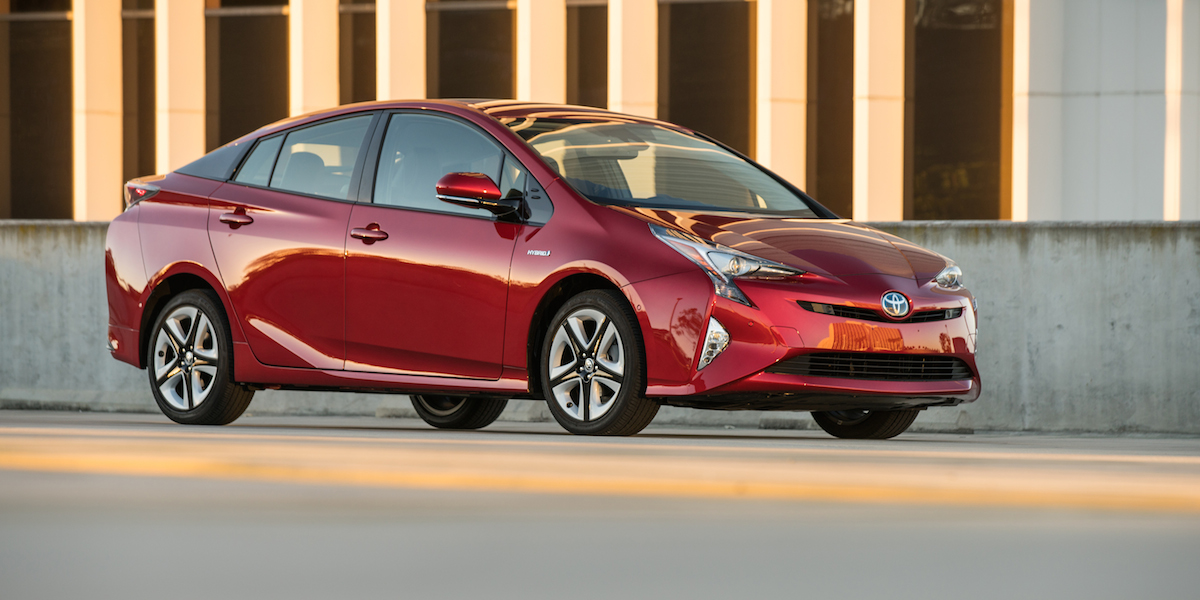 The Toyota Prius is the perennial fuel-economy champ among mainstream passenger cars, and it delivers those standout numbers while maintaining high levels of day-to-day practicality, driving ease, and all-around comfort.

The radical styling is polarizing to say the least, and despite a slightly sportier feel than the previous-generation Prius, the current model isn’t particularly engaging to drive.

A plug-in hybrid model called Prius Prime—with an 8.8 kWh battery pack and an estimated all-electric range of up to 25 miles—debuts for 2017.

After its redesign for the 2016 model year, the Prius sees just one change of note for 2017: The Toyota Safety Sense package—which includes forward collision warning and mitigation with pedestrian detection, lane-departure warning with lane-keep assist, automatic high beams, and adaptive cruise control—is now standard on all models.

The bulk of the Toyota Prius lineup is EPA-rated at an impressive 54 mpg city/50 highway. The Prius Two Eco model does even better at 58 city/53 highway, thanks to additional fuel-economy measures such as extra-low-rolling-resistance tires, a lightweight inflator kit in place of a spare tire, a lighter-weight lithium-ion battery, and deletion of the rear-window wiper. In Consumer Guide® testing, a Prius Three averaged 47.5 mpg in a cold-weather winter test that consisted of 65-percent city driving, while a Prius Four Touring averaged 52.6 mpg in 65-percent city driving in moderate temps.

The remarkable thing about the Toyota Prius is how little it asks in return for its stellar fuel economy numbers. The gas/electric powertrain is smooth enough that most drivers will forget they’re driving a hybrid, and the basic passenger/cargo layout gives up nothing to a typical compact
sedan … in fact, the Prius’s rear hatch makes it more versatile. The Prius is not without its shortcomings—some of the interior plastic looks and feels cheap, back-seat space was compromised a bit in favor of cargo room in last year’s redesign, and the outlandish interior and exterior styling is simply too much for some shoppers. Still, the Prius is simply a fine car—a fine car capable of breaking 50 mpg.