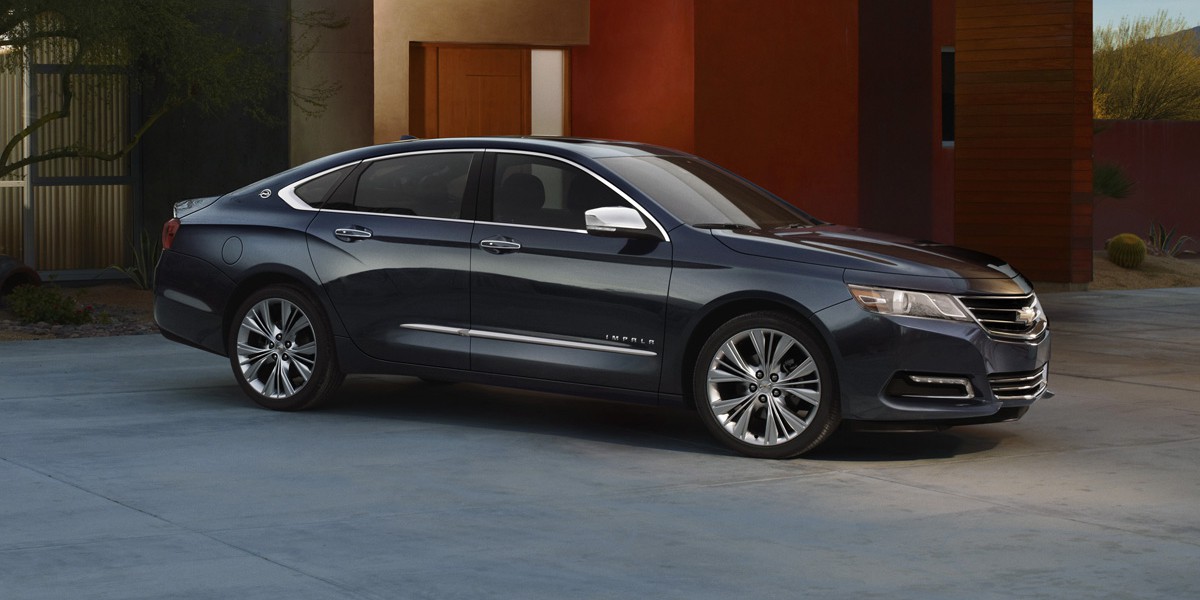 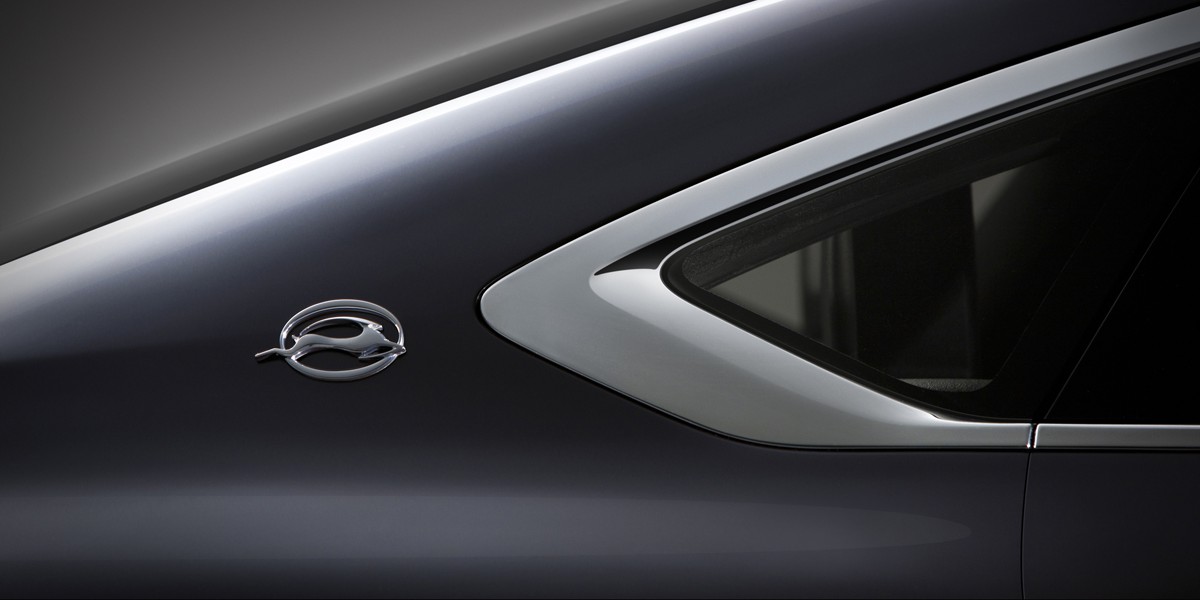 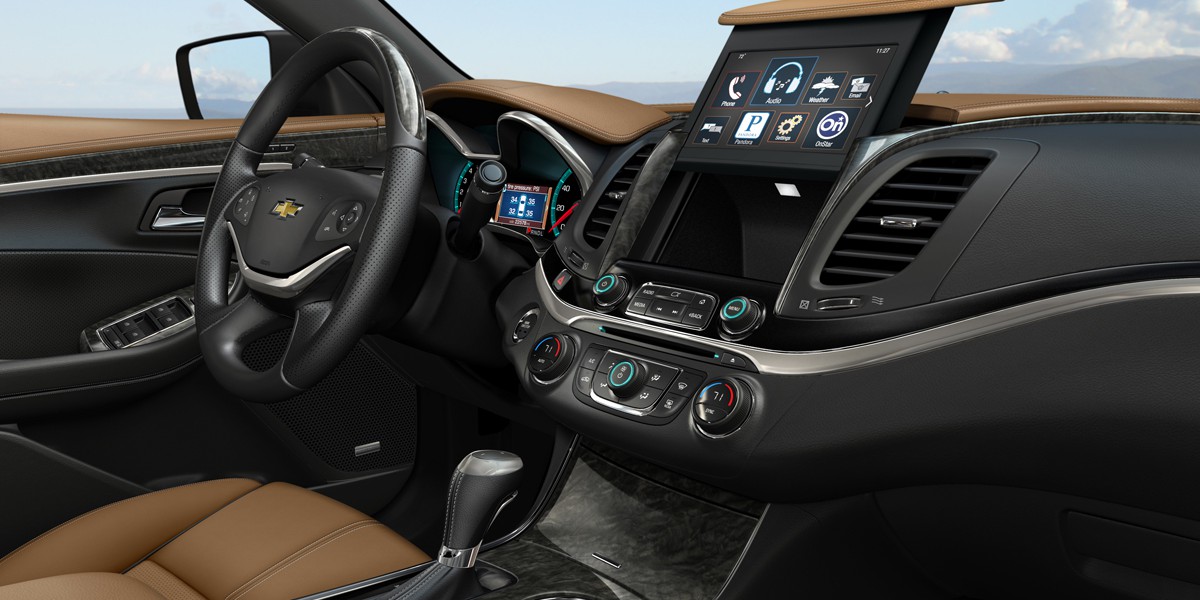 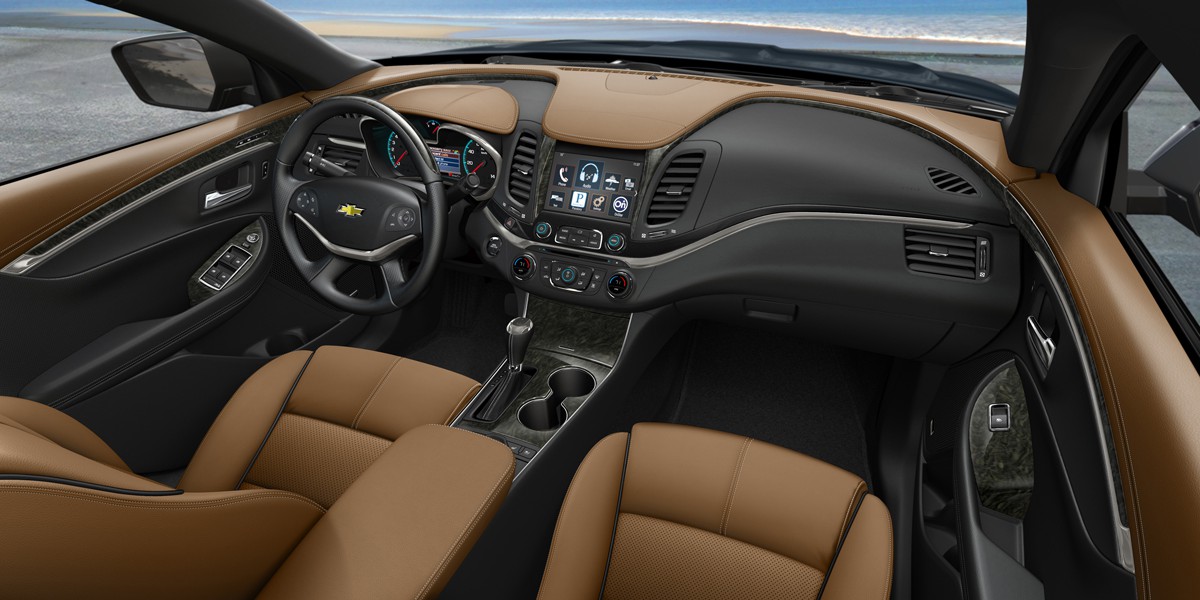 Impala delivers modern-day refinement and high-tech features with traditional big-car space, and the broad range of models and options means it’s relatively simple to equip one to fit your tastes and budget.

The 2014 Impala is the first truly new Impala in more than a decade. The car’s last significant freshening happened for the 2006 model year.

The Impala is Chevrolet’s mainstream flagship sedan. Though the 2014 model is new from the ground up, it shares its trim-level designations with its predecessor, reprising base LS, mid-line LT, and high-end LTZ variants.

Compared to the previous model, the new Impala has a wheelbase lengthened by 1.2 inches (to 111.7 inches), but is only about one inch longer overall. The 2014 Impala is fractionally taller and wider, too. Maximum leg room has been increased by 3.5 inches in front and 2.2 inches in back. Trunk cargo volume is raised slightly, too.

As mentioned above, the 2014 Impala is a clean-sheet redesign. While it borrows parts of its basic design from the Buick LaCrosse, Impala has different styling and feature sets. It also has an engine that’s not offered on its more upscale cousin. It is also the first vehicle to employ the next generation of Chevrolet’s MyLink touchscreen infotainment system.

Having lived in the upper end of the midsize class for years, the Impala has clearly stepped over the line into the large-car segment for 2014, where it stacks up very well against a new field of competitors. Impala strong points include the most powerful V6 in the class, good passenger room, a pleasing ride, and a high level of quiet. The availability of a naturally aspirated 4-cylinder engine is a class exclusive for shoppers more interested in fuel economy than power. The best value probably comes from the mid-level LT, which, when optioned to the gunwales, still comes in a few hundred dollars below the starting price (with delivery) of an LTZ.