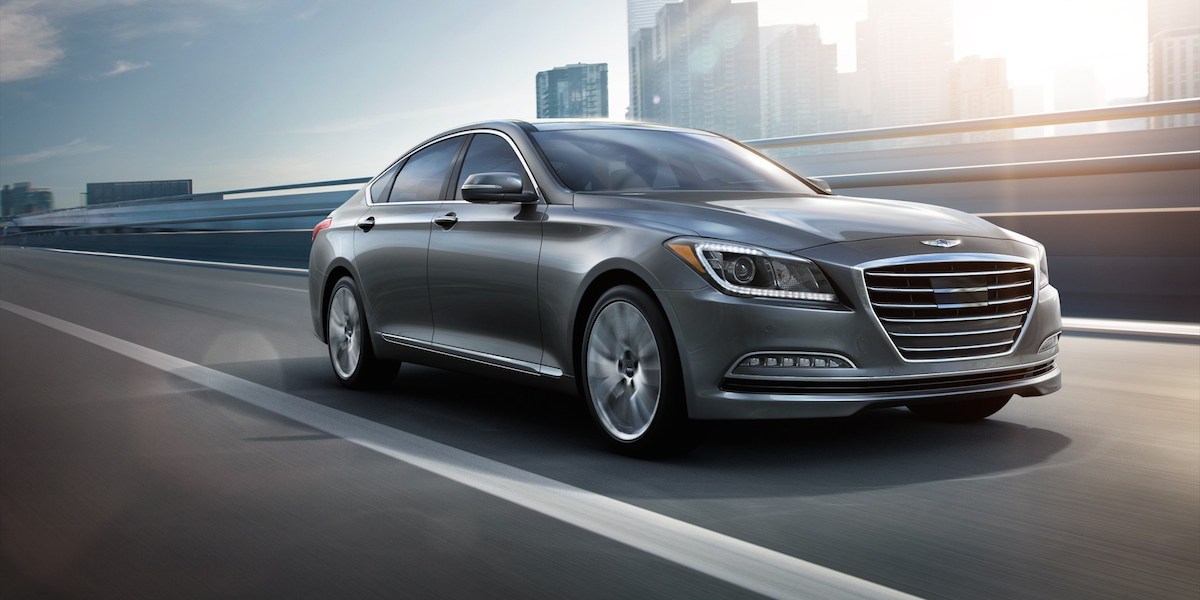 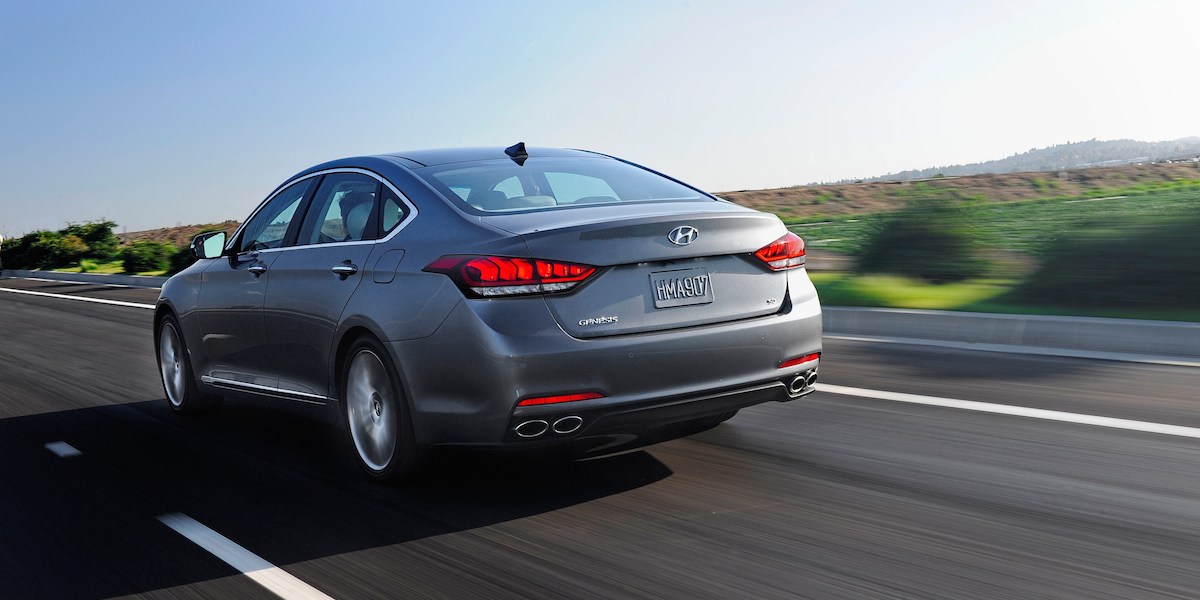 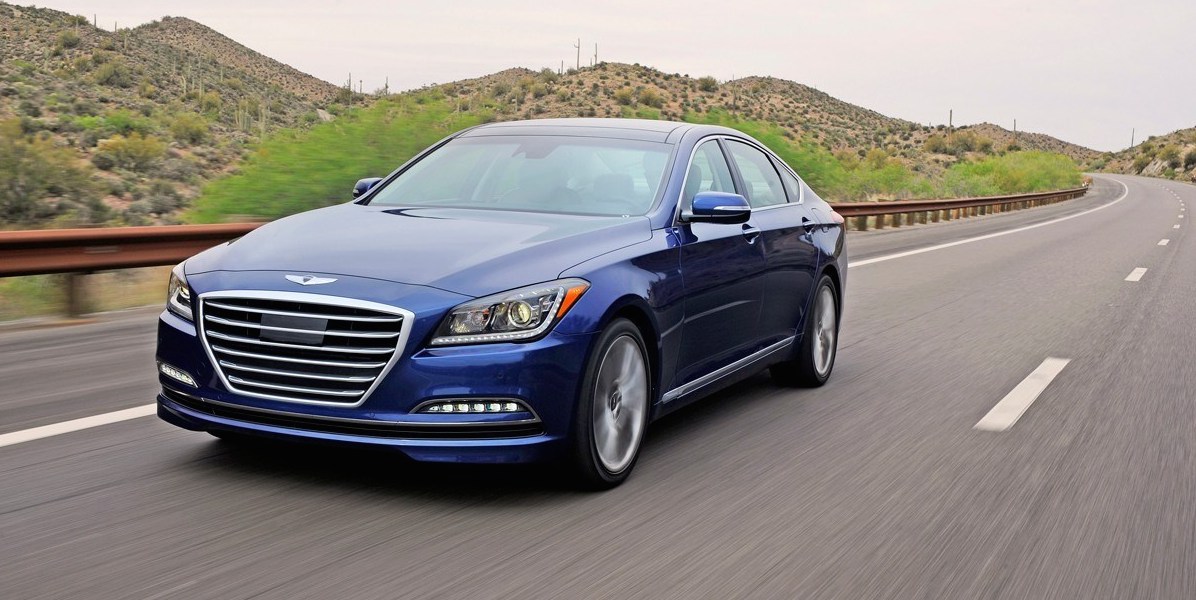 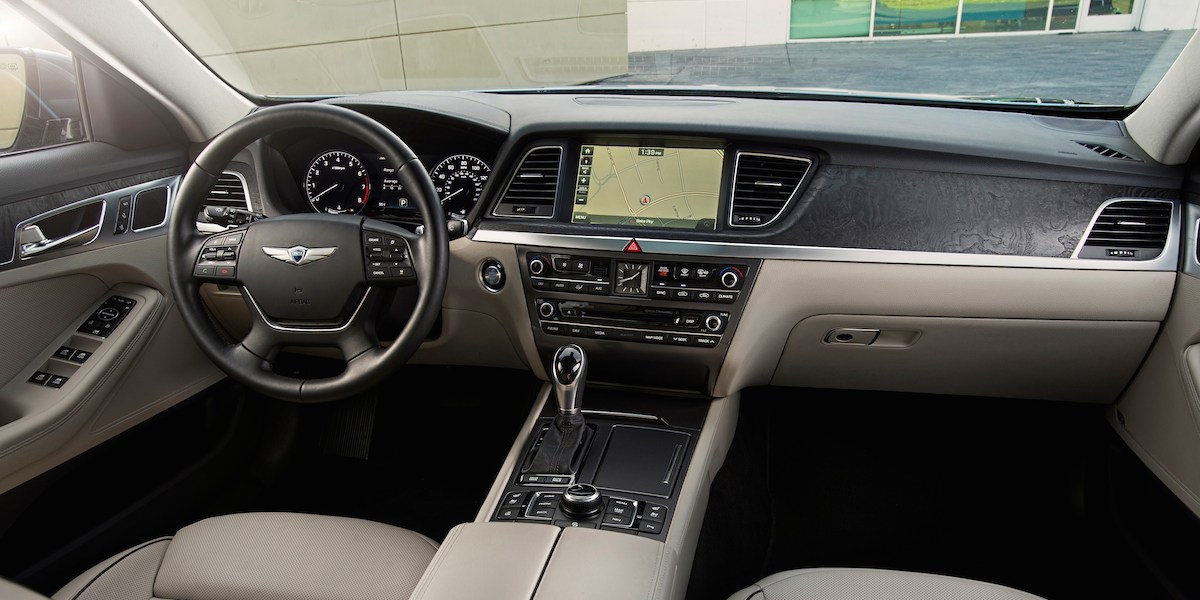 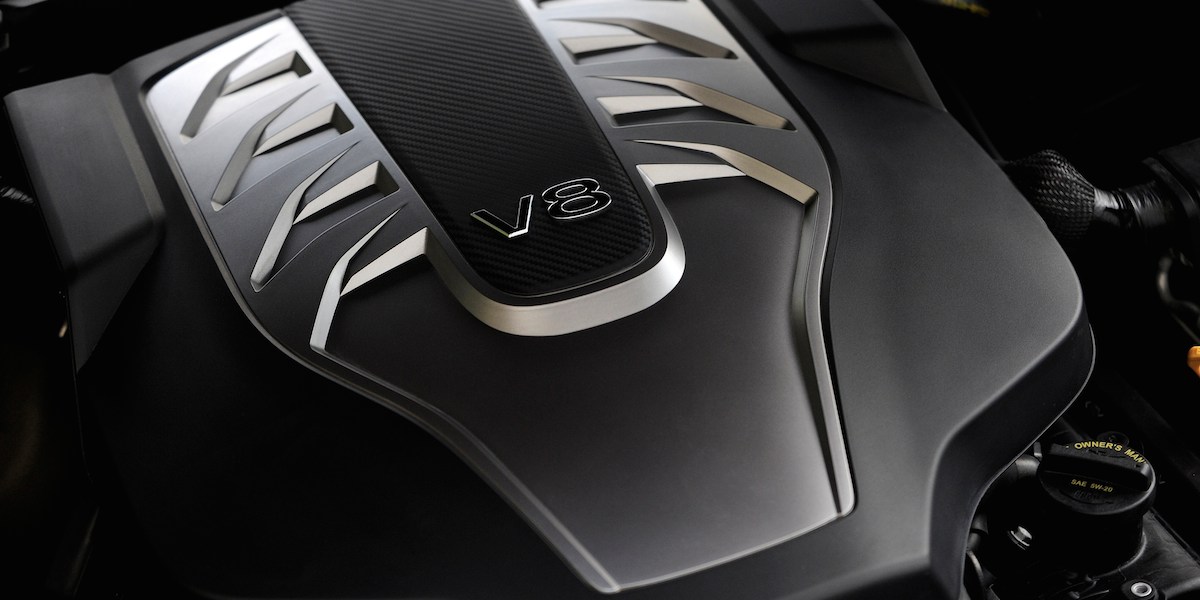 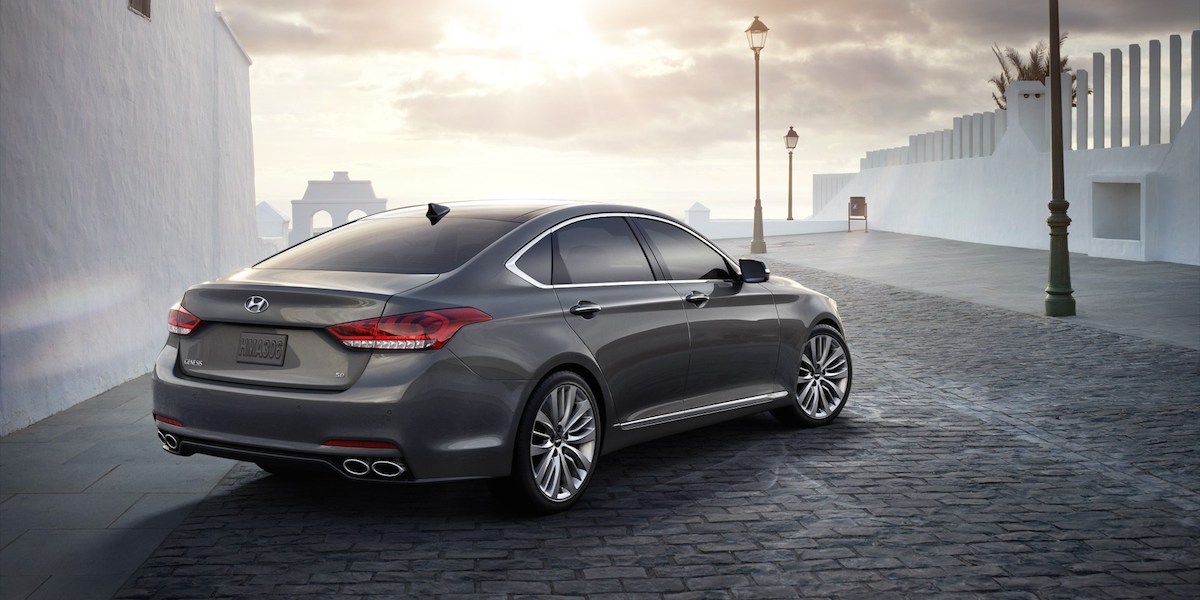 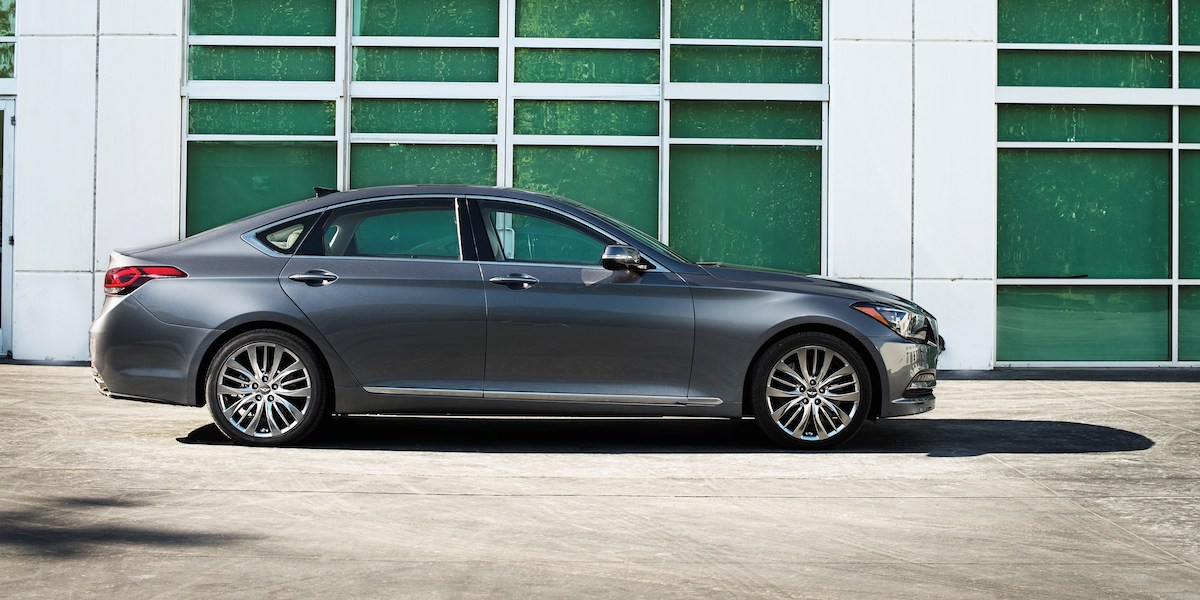 Suspension composure and ride quality aren’t as polished as most rivals, and the Hyundai brand name doesn’t have the cachet of traditional luxury brands.

Genesis’s optional equipment is offered only in packages that cost between $3250 and $4000 each.

Genesis is Hyundai’s full-size 4-door sedan. It’s not the flagship car of the Hyundai lineup (that honor goes to the Equus, which starts at more than $60,000), but Genesis boasts plenty of upscale trimmings and available luxury features that give it a premium feel. Genesis was redesigned for 2015, with fresh styling on a slightly larger chassis with a 3-inch-longer wheelbase for improved rear-seat room. Two engines are offered: a 311-horsepower 3.8-liter V6 and a 420-hp 5.0-liter V8. Both are mated to an 8-speed automatic, but only the V6 can be ordered with all-wheel drive in place of rear-wheel drive. Available safety features include Automatic Emergency Braking, Blind-spot Detection, and Lane-Keep Assist. Added convenience features include a Head-Up Display and Smart Trunk, which opens the trunklid automatically when a person with key in pocket stands next to it for three seconds.

After its redesign last year, Genesis sees only detail changes for 2016. HID headlights with LED running lights are now standard, and the V8 model now comes with a full-color heads-up display.

The V6 Genesis is EPA rated at 18 mpg city/29 mpg highway with rear-wheel drive and 16/25 with all-wheel drive. The rear-drive-only V8 is rated at 15/23. In Consumer Guide® testing, an all-wheel-drive V6-powered Genesis averaged 22.7 mpg in mostly highway driving, while a V8-powered model averaged an unimpressive 16.3 mpg in a near-even split of city and highway driving.

Price-wise, Genesis plays in the grey area between the mainstream-brand large-car class and the luxury-brand large-car class. That makes it a bit pricey if you’re comparing it to a Chevrolet Impala or a Toyota Avalon, but the Genesis’s main strength is that it also compares well against significantly more expensive cars from luxury brands such as BMW or Lexus. Though its ride quality and fuel economy are less than outstanding, Genesis delivers remarkable levels of quietness, safety and technology features, passenger/cargo space, and interior refinement for the price.

Hyundai, Sedan
For more than 50 years, car shoppers have been relying on Consumer Guide Automotive. Our editors test drive and thoroughly evaluate virtually every new car, truck, minivan, and SUV sold in America.