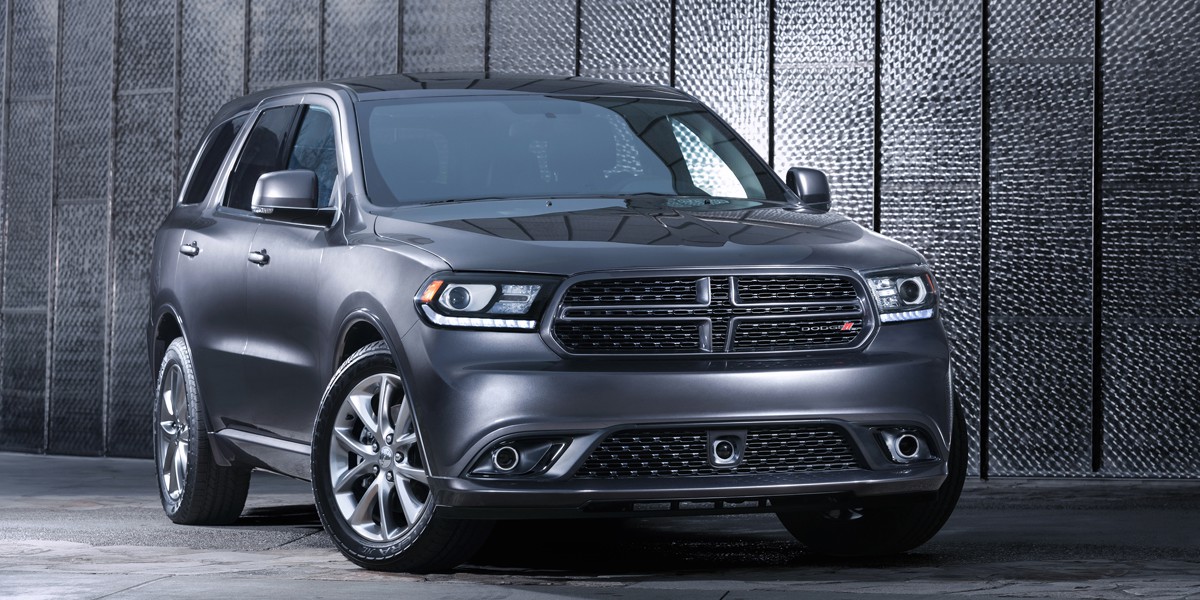 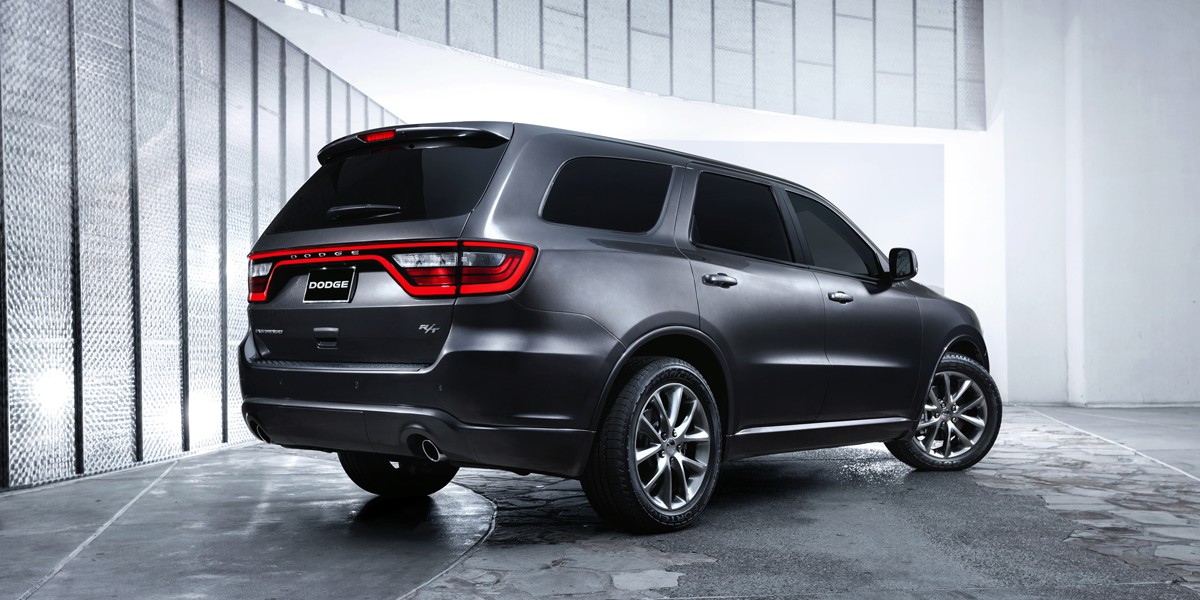 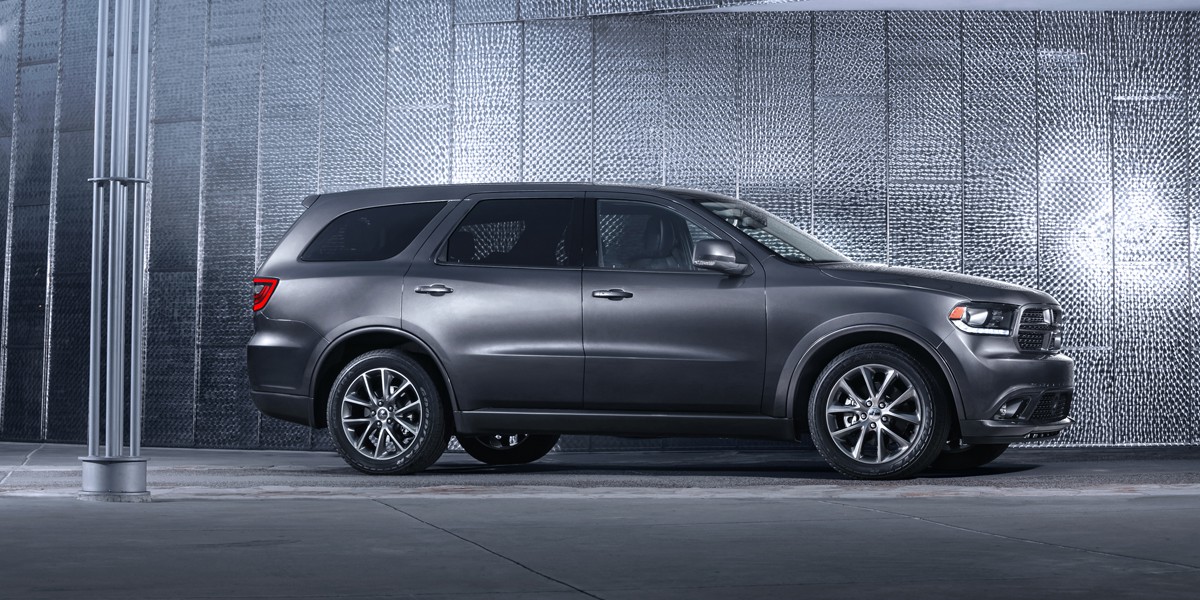 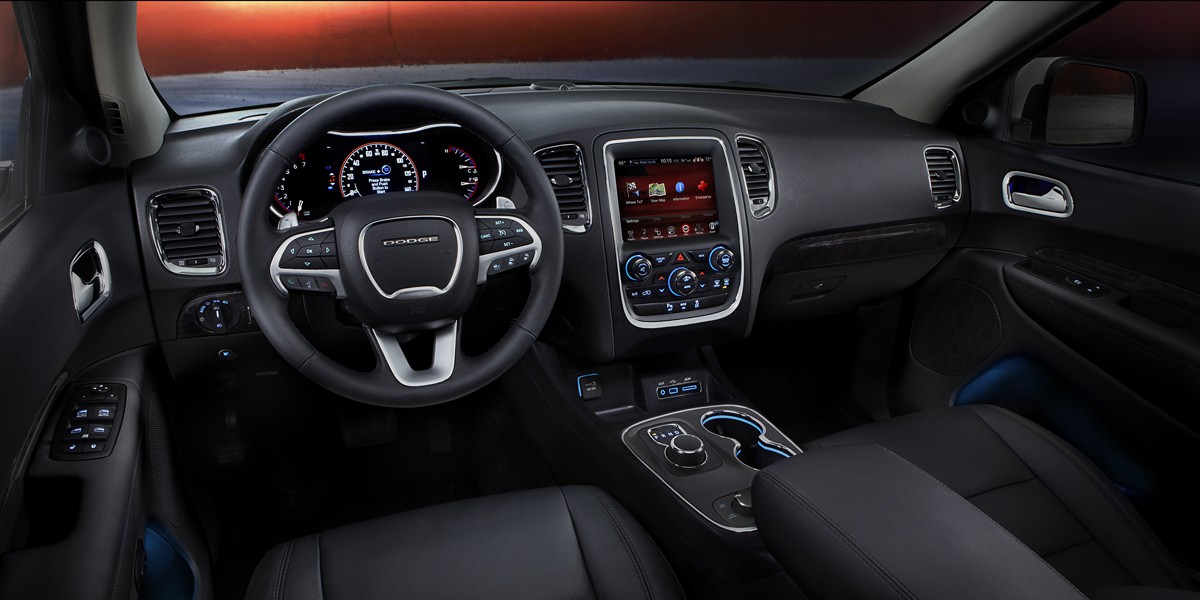 Durango offers a lot of versatility and capability in a manageable size.

Durango is Dodge’s flagship SUV. Although it’s about the same size as the largest midsize SUVs, it would stand out as being the only one with three rows of seats built on a rear-drive platform (all-wheel drive is also available) and offering a V8 engine and anything close to its 7,400-lb towing capacity. Thus we consider it a full-size SUV. Durango seats up to seven passengers and comes with either a 290-hp 3.6-liter V6 or a 360-hp 5.7-liter V8.

Durango sees some significant changes for 2014. All models get an 8-speed automatic transmission. It uses a rotary shifter that’s mounted on the console and includes steering wheel paddle shifters. Exterior styling has been massaged with new front and rear fascias, projector-beam headlamps, and LED taillights. Inside, there’s a redesigned instrument panel and new center-mounted touchscreens in two different sizes. The instrument cluster receives a 7-inch color display that allows the driver to customize how vehicle information is viewed. There are new Rallye and Limited trim levels too.

The Dodge Durango has something for just about every type of large-SUV shopper. The base SXT has a lot of features for the money, while Limited and Citadel add worthwhile luxury and convenience items. We’re not especially high on the sporty R/T, but we can see its appeal for those who crave brawny style and maximum performance. And, the new Rallye brings the V8-powered R/T’s sporty looks to a more affordable V6 model.