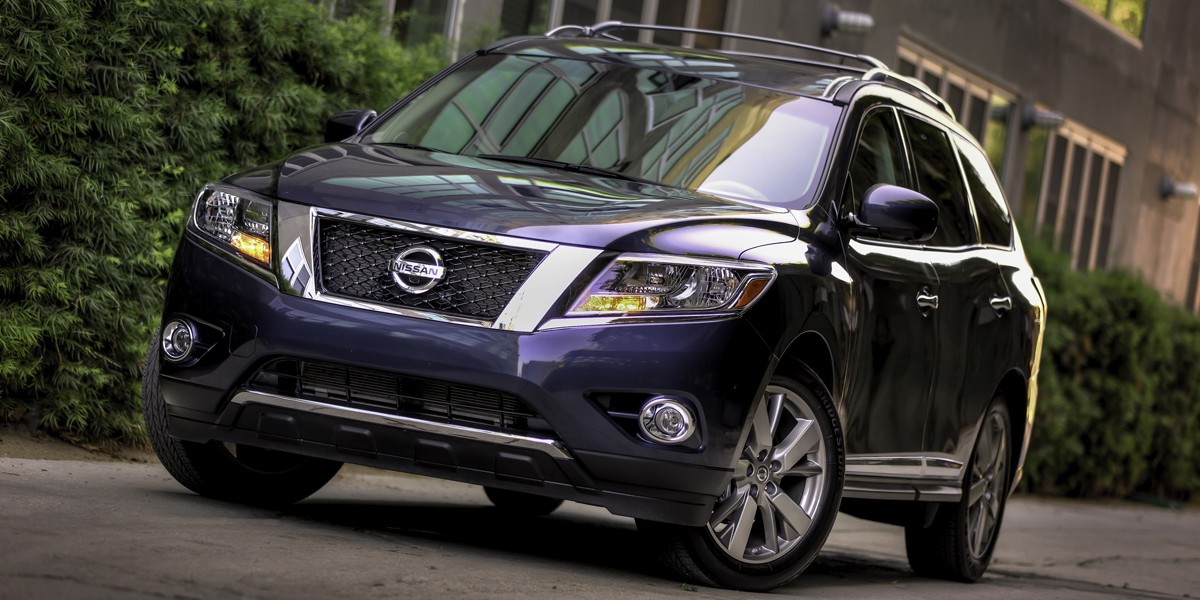 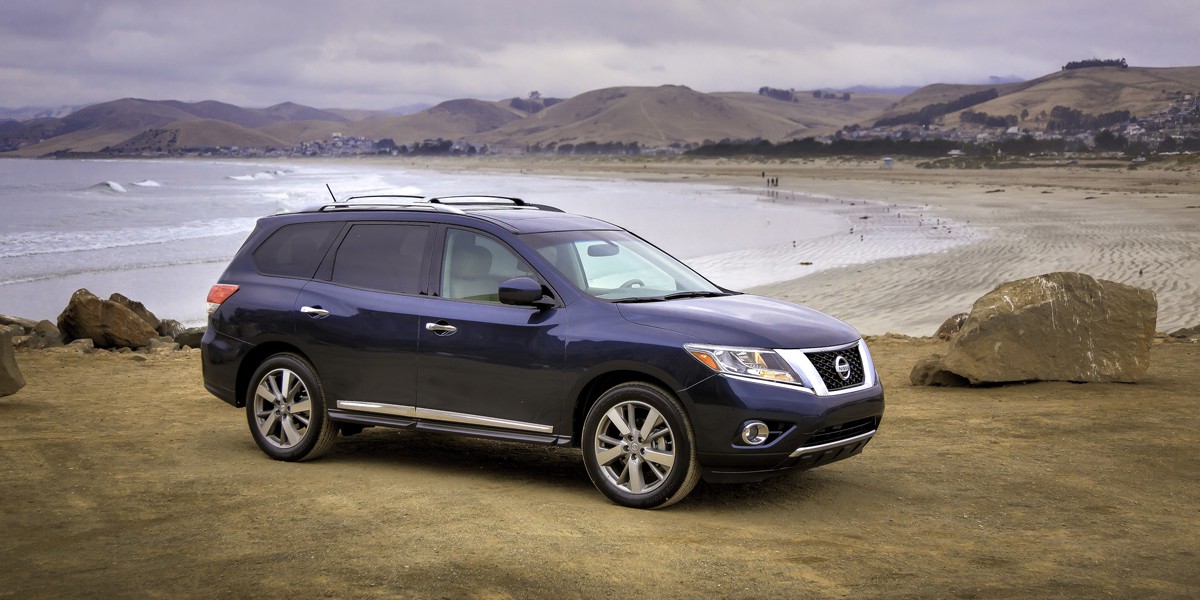 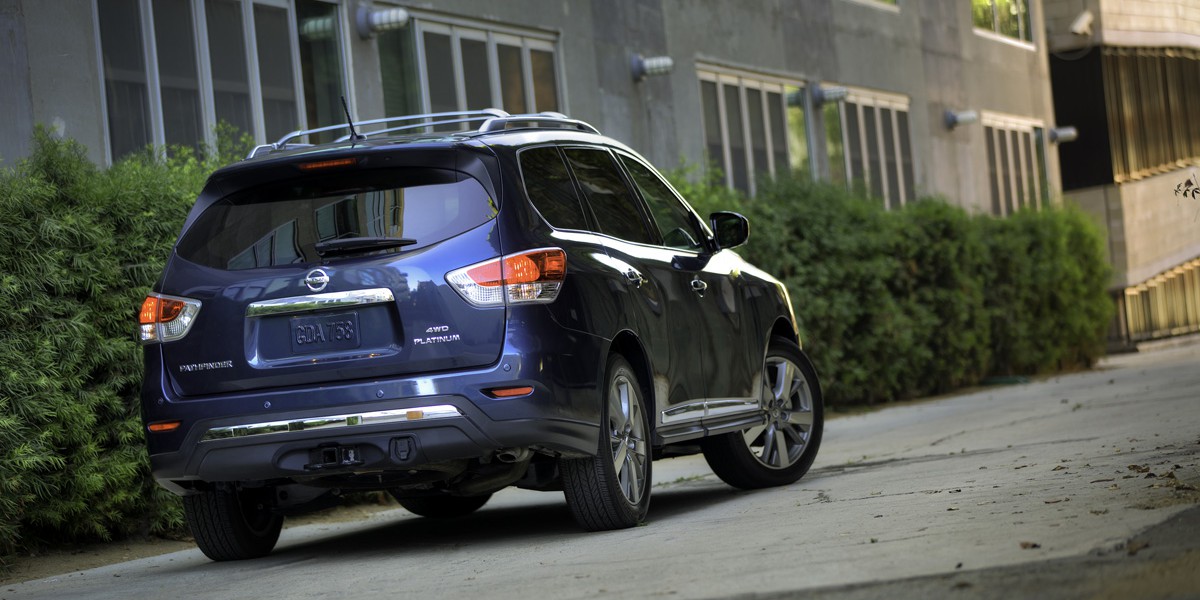 Pathfinder delivers comfortable accommodations and plentiful cargo space, and it’s exceptionally tractable and easy to drive for its size. Pricing is competitive too.

The engine is bit noisy compared to some rivals and the 3rd-row seat is mainly for kids.

Pathfinder is one of only two vehicles in the class to offer a hybrid powertrain.

Pathfinder is Nissan’s 7-passenger midsize crossover SUV. The Pathfinder name is a long-running one, but the vehicle itself is not… it was redesigned for 2013 on a passenger-car-style unibody platform instead of the traditional truck-type chassis it used previously. Like most of its rivals, Pathfinder offers buyers the choice of front- or all-wheel drive. One of Pathfinder’s unique features is Nissan’s EZ Flex seat, which allows the passenger side of the 2nd-row bench to tilt and slide, easing passenger access to the 3rd-row seating area. EZ Flex works even when a child booster seat is connected.

A new gas/electric Hybrid model joins the Pathfinder lineup for 2014. Updates to the conventional model are fairly minor. A new Technology Package for the volume SL model includes some equipment previously offered only on the top-line Platinum.

EPA estimated fuel economy for the 3.5-liter V6 is 20 mpg city/26 mpg highway with front-wheel drive and 19/25 with all-wheel drive. Figures for the Hybrid were unavailable at time of writing, but Nissan is projecting a score of 25 city/27 highway.

In Consumer Guide® testing, our extended-use AWD Pathfinder SL averaged 18.7 mpg over the course of its 4,758-mile evaluation. This was not an exceptional result given the majority of this test consisted of long-distance highway driving. Pathfinder uses regular-grade gasoline.

The Nissan Pathfinder might have been late to the 7-passenger crossover party, but it made a grand entrance, offering smooth power, excellent cargo flexibility, and lots of features at reasonable-for-the-class prices. The Hybrid is an interesting addition that promises significantly improved economy. Further, Nissan deserves kudos for making its well-integrated navigation system available on more than just the top-of-the-line trim level. These additions further solidify Pathfinder as a Best Buy pick.