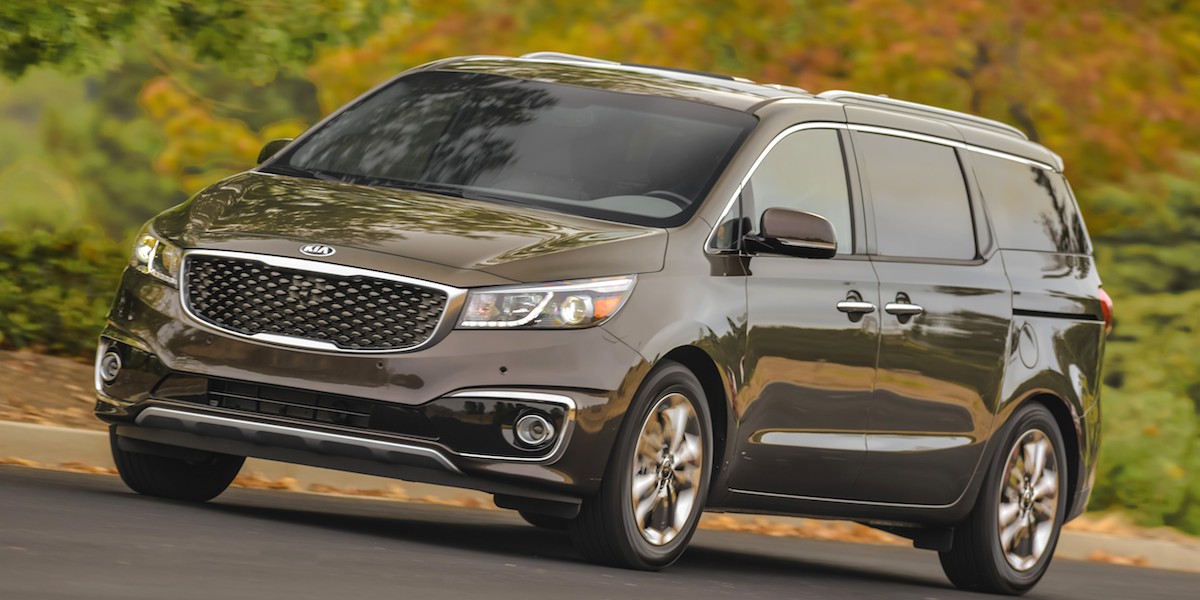 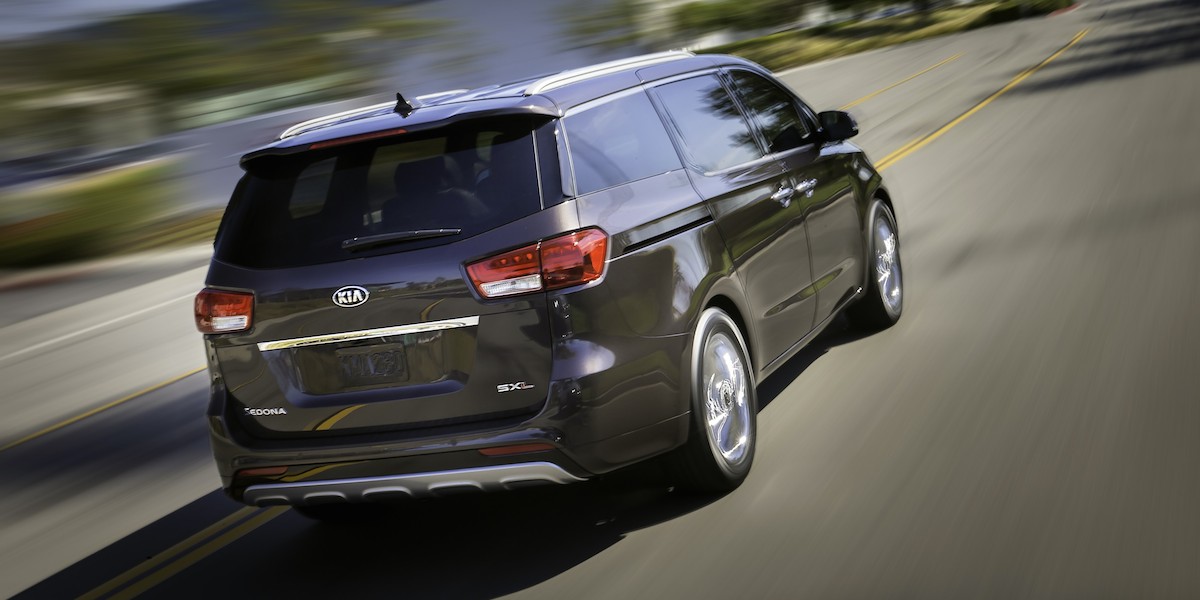 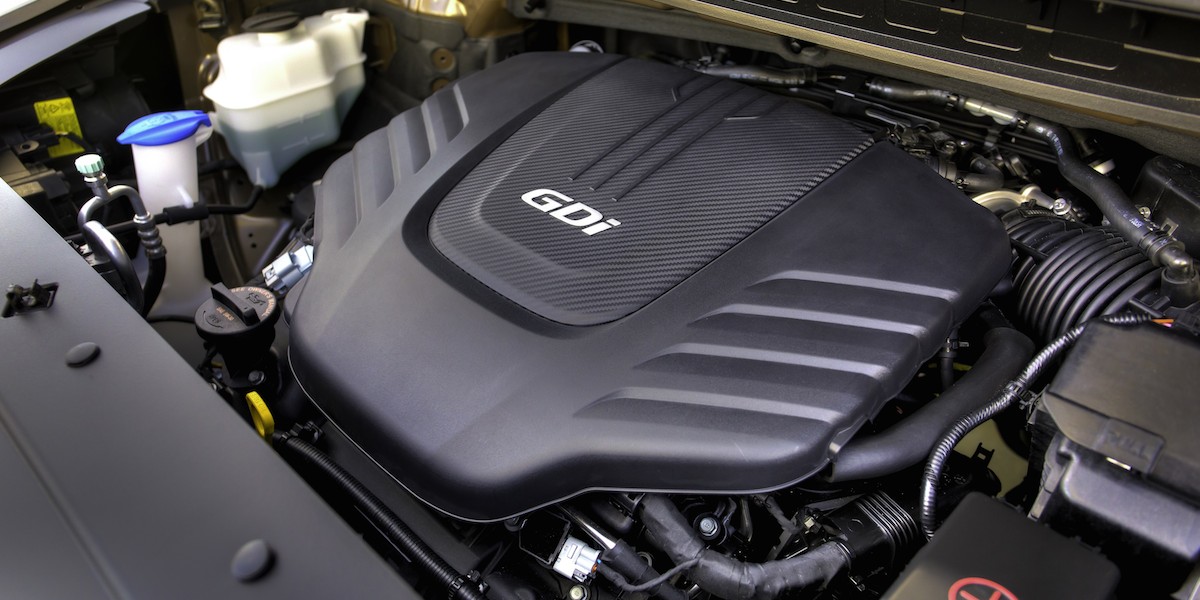 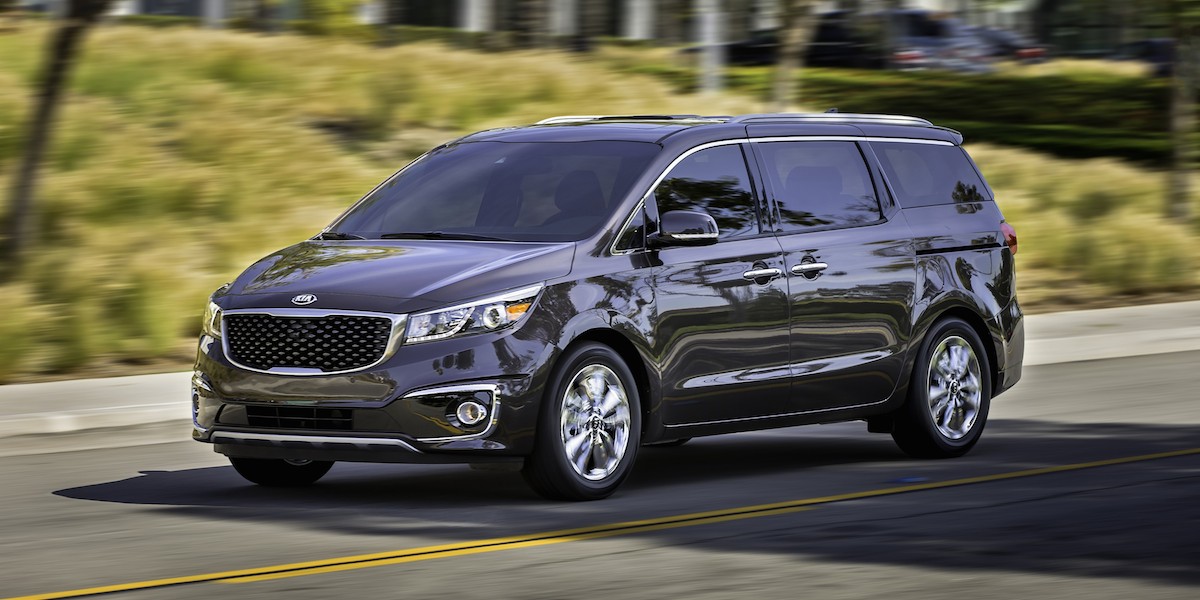 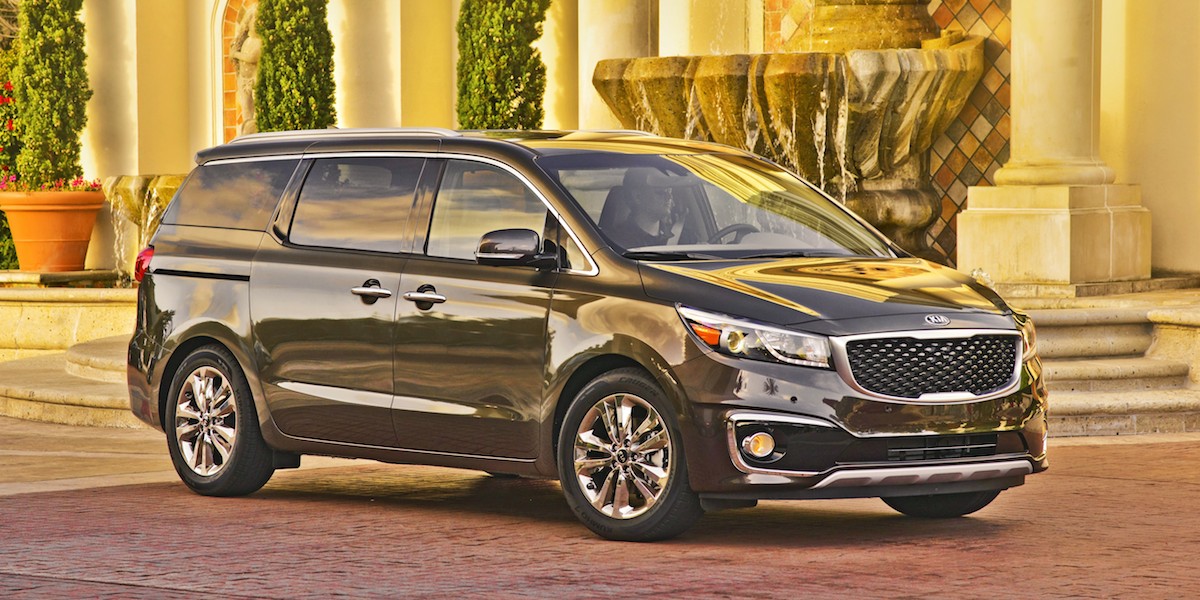 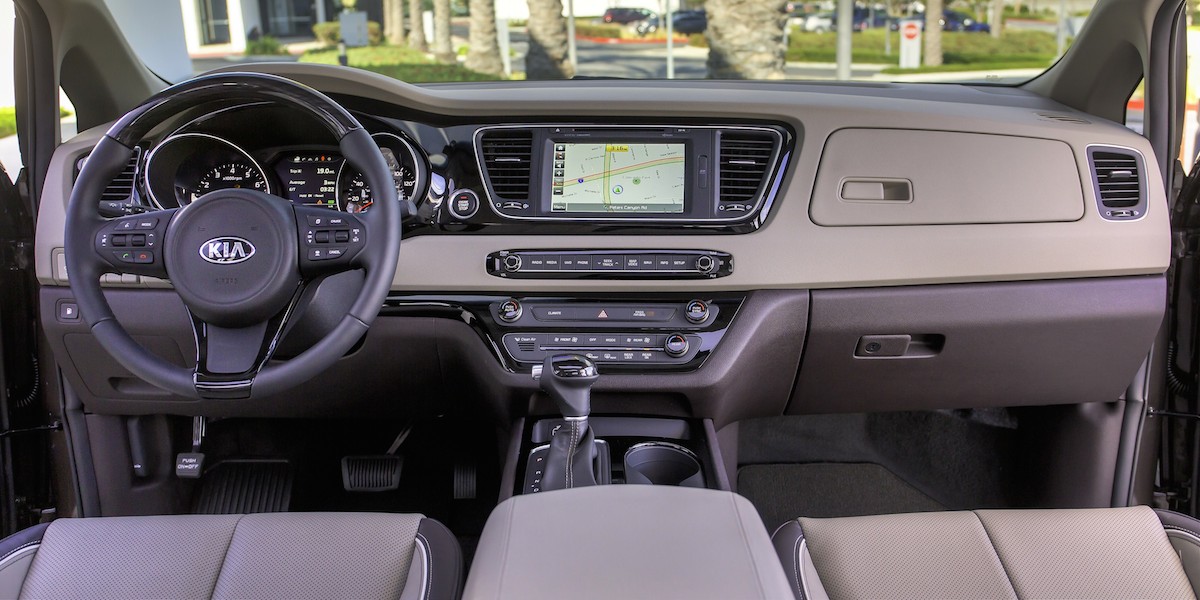 The Sedona might not top its more-established rivals in any one category, but it is nevertheless a well-rounded minivan that offers very competitive pricing, well-designed infotainment features, and surprisingly attractive styling.

Fuel economy on the topline SXL model trails most competitors, and the non-power third-row seat is somewhat cumbersome to fold.

SXL models with the Technology Package offer a nicely executed surround-view camera display that makes it much easier and less nerve-wracking to park in tight quarters.

The Sedona is Kia’s minivan. It offers seating for seven or eight and is available in five trim levels: L, LX, EX, SX, and SXL. The lone powertrain is a 276-horsepower 3.3-liter V6 paired with a 6-speed automatic transmission. The Sedona’s second-row seats are not removable, but flip forward against the front seat backs to maximize cargo-hauling capacity. SXLs have reclining “lounge” second-row seats with flip-up footrests. In all models, the third-row seat folds into the floor, but a power-folding function is not offered. Available features include a rear-seat entertainment system, heated and wood-rimmed steering wheel, refrigerated glove box, heated front and second-row seats, ventilated front seats, forward-collision warning, lane-departure warning, and a blind-spot monitor with rear cross-traffic alert.

The Kia Sedona was redesigned for 2015, and sees only detail changes this year. A rearview camera is now standard on all models, L and LX trim levels get updated cloth upholstery, and the EX now comes standard with heated front seats.

The Sedona is EPA-rated at 18 mpg city/ 24 mpg highway in L, LX, and EX trim. The SX has a more-efficient electric power steering system, which bumps its rating up to 18/25. The top-line SXL model also has electric power steering, but it’s loaded up with more standard features; disappointingly, its EPA estimate drops to a subpar 17/22. In Consumer Guide® testing, an SXL averaged 18.9 mpg in about 70-percent city driving.

With its fashionable “crossover-esque” nose and handsome, car-like dashboard layout, the Kia Sedona brings a welcome dose of style to the minivan segment. Its smooth, confident acceleration and quiet cabin are also attractive traits. Sedona’s fuel economy and outright cargo space and configurability come up a bit short compared to most class rivals (especially in SXL trim), but its real-world versatility, lengthy list of available features, and value-leader pricing make it a top choice regardless.