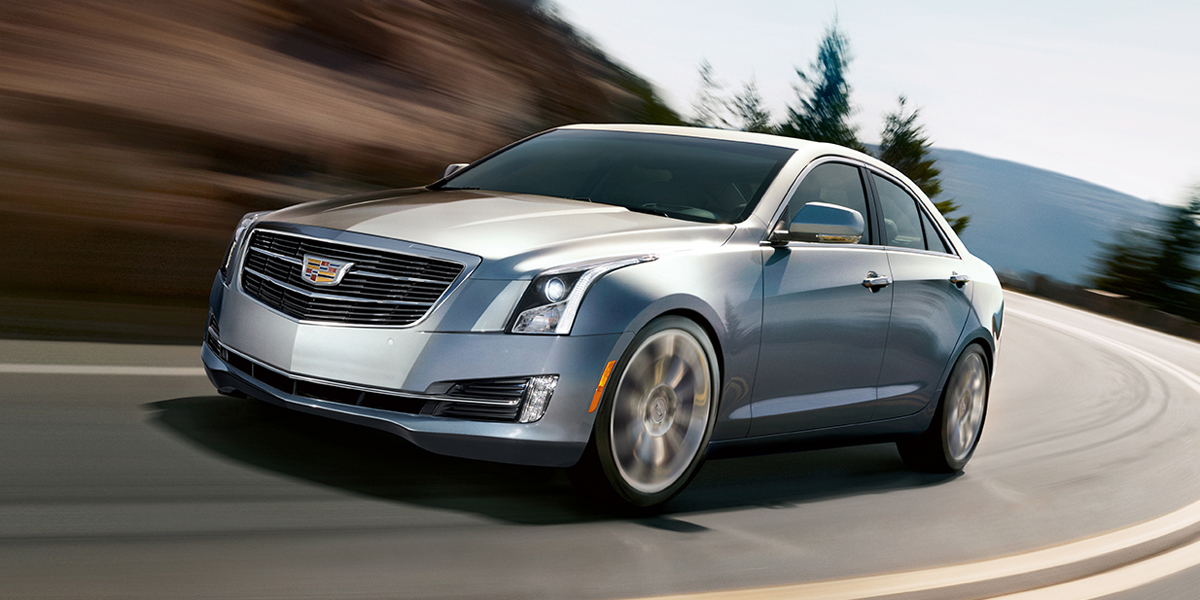 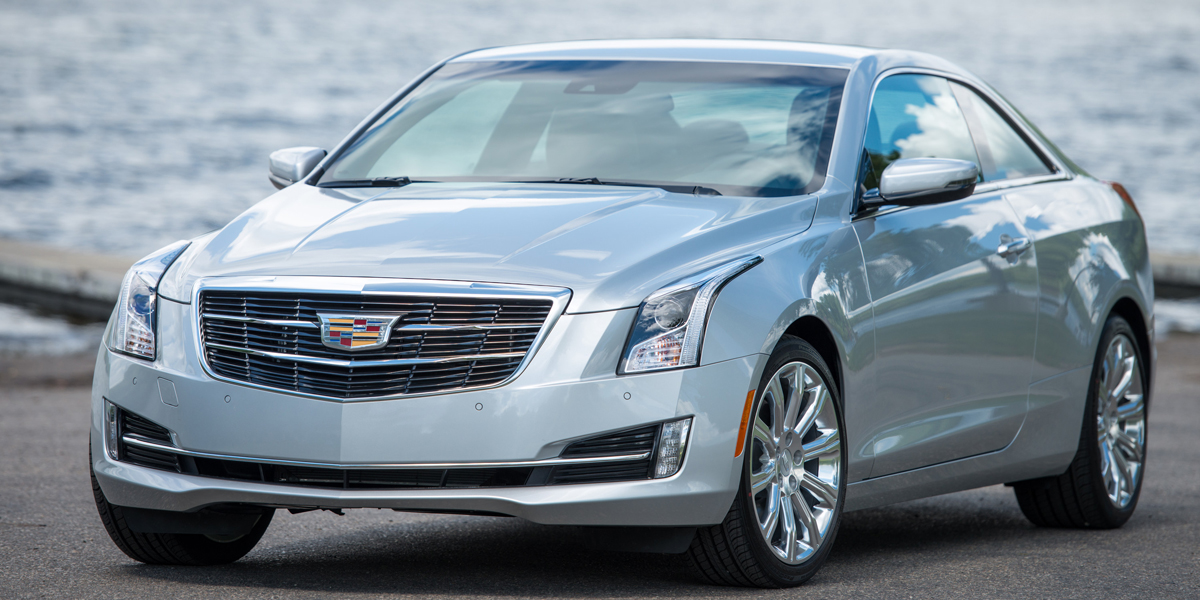 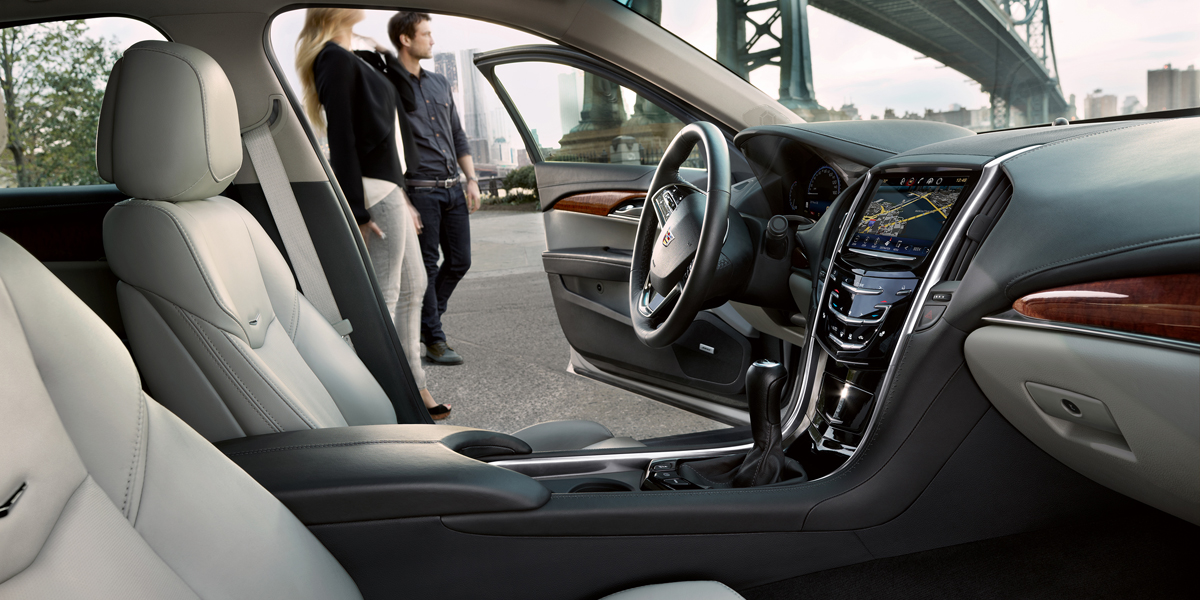 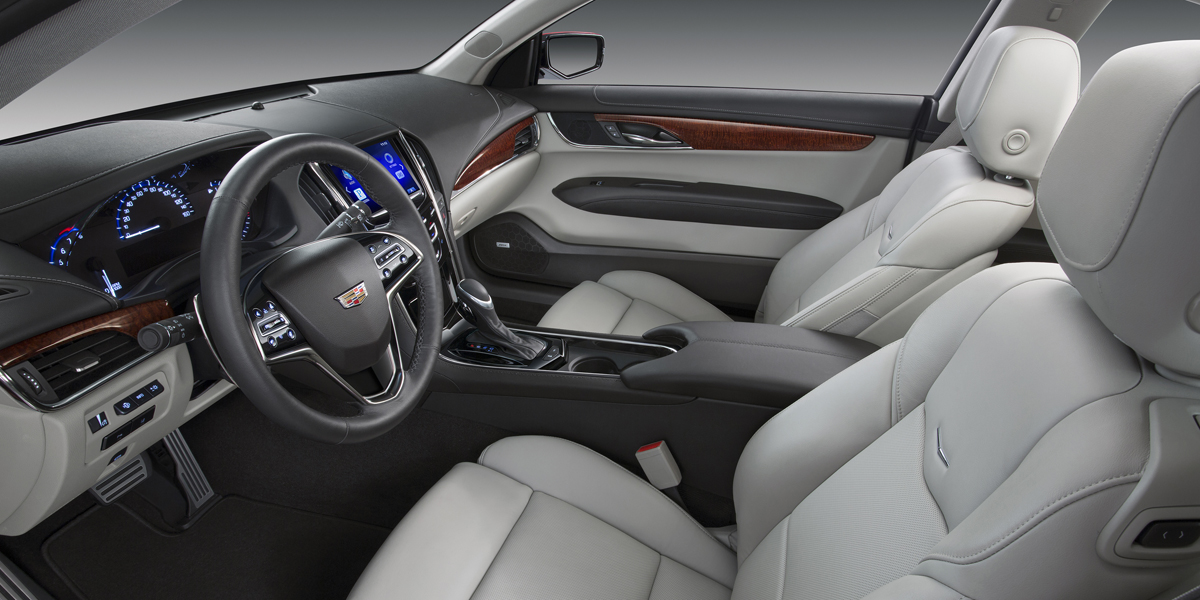 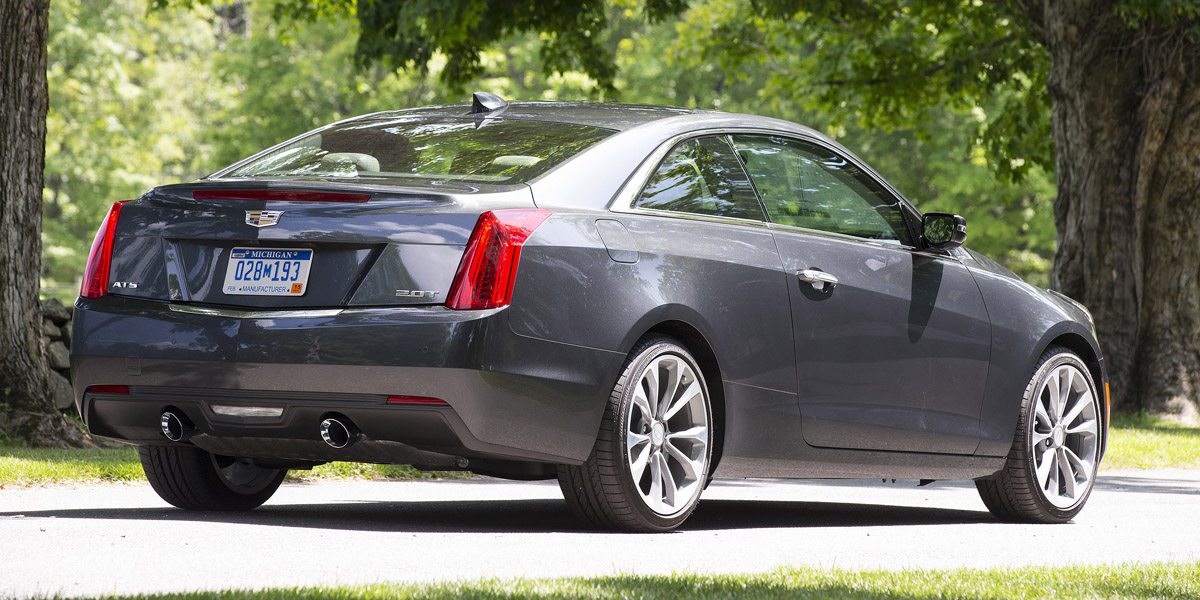 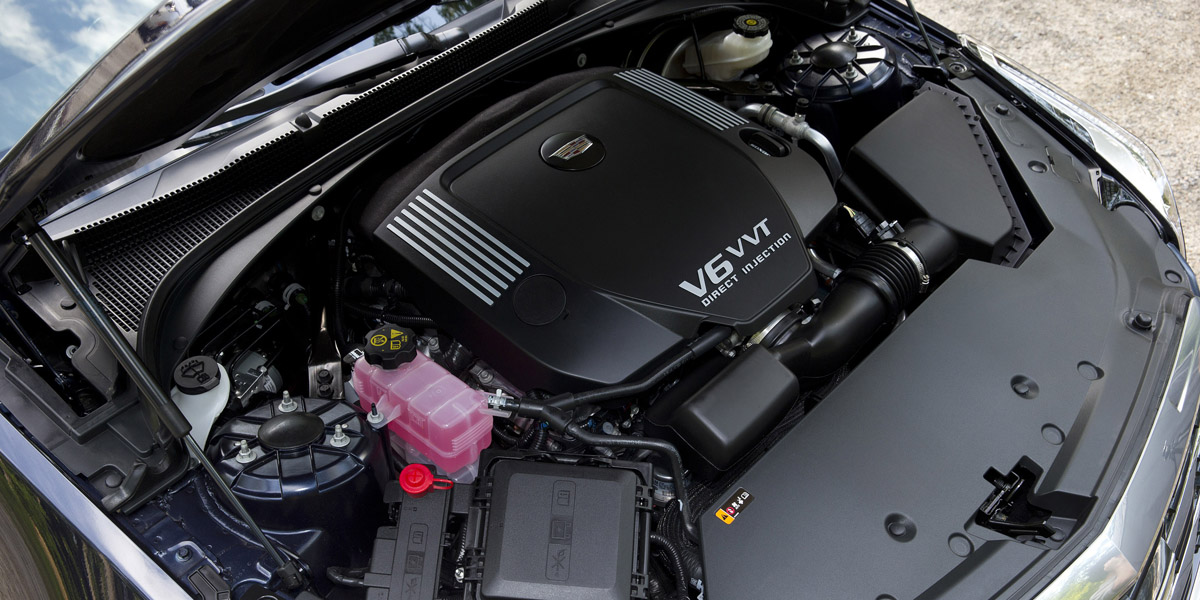 Some drivers find the CUE touchscreen controls slow to react and difficult to use.

The ATS is Cadillac’s entry-level car; it is more than a foot shorter than the Cadillac CTS Sedan. ATS comes standard with rear-wheel drive, and all-wheel drive is offered on some models. ATS is offered in four trim levels: Standard, Luxury, Performance, and Premium. All but the base Standard model come equipped with CUE, Cadillac’s touch-screen infotainment system. Top-line Premium models come standard with GM’s Magnetic Ride Control suspension system. A 202-hp 4-cylinder is ATS sedan’s base engine, though most buyers will upgrade to the available 272-hp turbocharged 2.0-liter 4-cylinder (which is standard on the ATS Coupe) or 321-hp 3.6-liter V6. All three engines offer a six-speed automatic transmission, but only the turbo offers a six-speed manual.

For 2015, the Cadillac ATS lineup expands to include a 2-door coupe body style. There are a host of other updates as well: ATS sedans get revised front styling, EZ Key passive entry is now standard on all models, and the torque output of the available 2.0-liter turbocharged engine increases from 260 lbs-ft to 295. The OnStar communication system adds 4G LTE Internet connectivity with a built-in Wi-Fi hotspot. Cadillac’s CUE touchscreen system gains integrated Text Message Alerts and a Teen Driver feature which allows parents to monitor usage data, set a radio volume limit, and set a speed warning between 40 and 70 mph. Also slated to be available with the CUE system is a DockSpot magnetic inductive charging system, which enables a phone to be charged by setting it on a mat inside the car instead of plugging it in.

The EPA rates the base 2.5-liter engine at 22 mpg city/ 33 mpg highway. In Consumer Guide® testing, a Luxury model with the 2.0-liter turbo and AWD returned 20.3 mpg in a test mostly conducted on city streets. In mixed driving, we saw 22.0 mpg in a Performance model with the V6 and AWD. Cadillac specifies regular-grade gas for the 2.5- and 3.6-liter engines. The company recommends premium gas for the turbocharged motor, but it can run on regular too. The 3.6-liter V6 is the only ATS engine that can use ethanol-blended E85 fuel as well.

It’s pretty clear Cadillac set its sights on the BMW 3-Series when developing the ATS. We think they’ve hit the target. ATS drives exceptionally well, has fine steering, plenty of grip, and pleasing power from the turbocharged 4-cylinder and V6 engines. ATS equals the BMW for driving enjoyment, has a better-looking interior, and can be had for less money. We’re not so impressed with the base 2.5-liter engine and the small rear seat. We also wish the excellent Magnetic Ride Control suspension wasn’t only available on the pricey Premium models. We’d steer you toward the 2.0-liter turbocharged engine. It is plenty strong and has the added benefit of being offered with a sweet-shifting manual transmission.