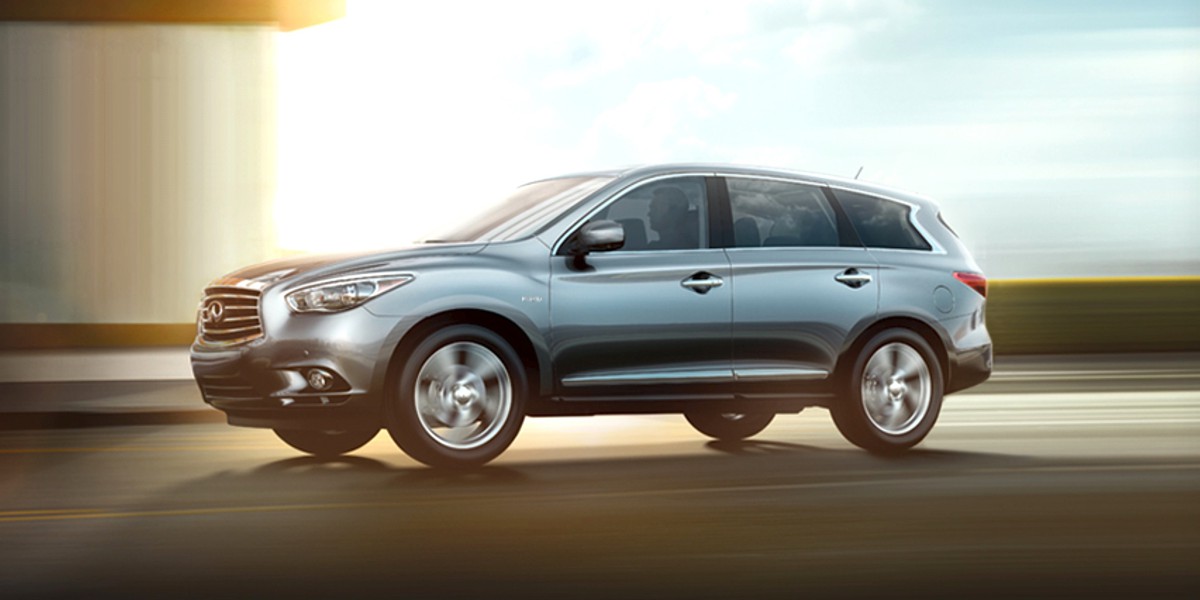 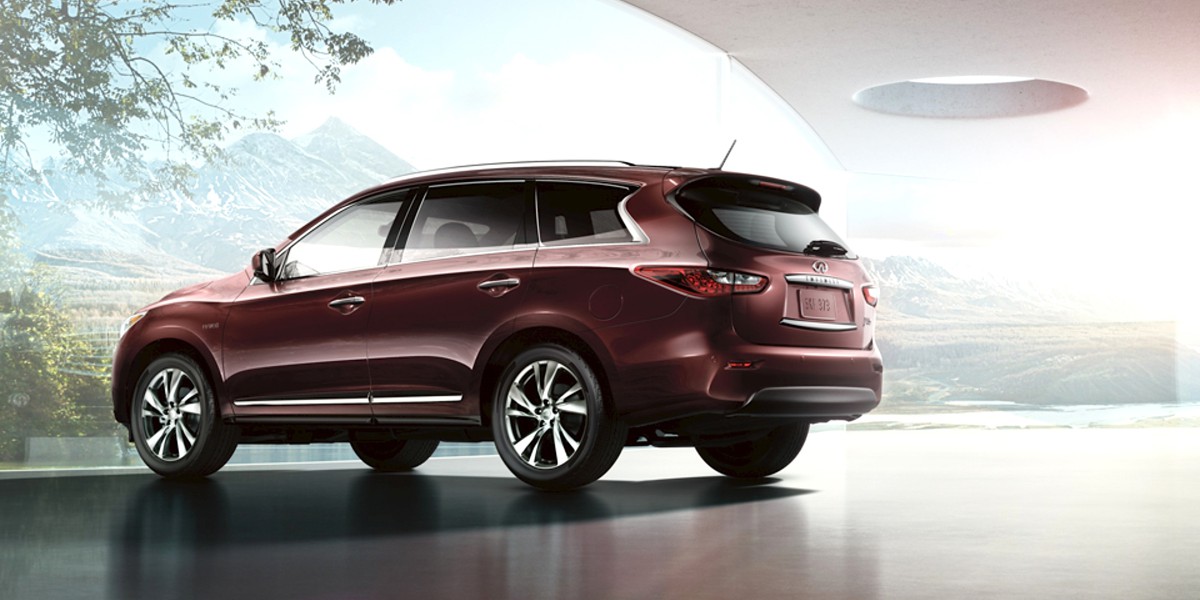 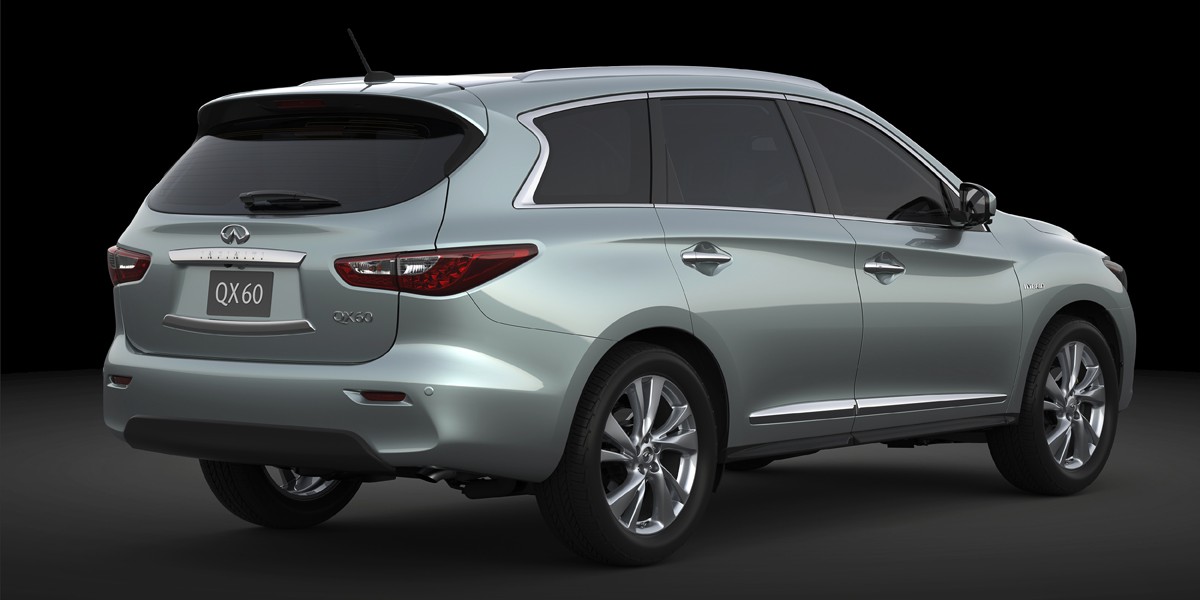 The QX60 offers the usual “premium” polish and features with unusual control clarity and a serene driving experience.

The newly available hybrid model has a supercharged engine.

The QX60 was introduced for 2013 as the JX35, Infiniti’s first 7-passenger crossover SUV. (Infiniti’s line-wide model-name revamping for 2014 brought about the name change.) QX60 fills the gap in Infiniti’s product line between the midsize 5-seat QX70 crossover (formerly the FX37/FX50) and the 7-seat premium-large QX80 (formerly QX56). The latter uses body-on-frame truck-type construction while the QX60 employs a car-type unibody design. QX60 borrows some elements of its basic design from the Nissan Altima, which is produced by Infiniti’s corporate parent.

In addition to its new name, the QX60 gets a gas/electric hybrid model with a supercharged 2.5-liter four-cylinder engine. Minor revisions include a standard auto-dimming rearview mirror and the addition of a power-folding 3rd-row seat to the Deluxe Touring Package.

EPA estimated fuel economy for the QX60 is 20 mpg city/26 mpg highway for front-drive models and 19 city/25 highway for AWD. In Consumer Guide® testing, an AWD QX60 averaged 20.1 mpg with slightly more highway driving than city use. Infiniti recommends premium-grade gasoline. EPA figures for the hybrid model were not available at this writing, but we expect them to be comparable to Nissan’s estimates for the similar Pathfinder Hybrid: 25 city/27 highway.

Urbane cabin appointments with simple (for the class anyway) controls and a serene driving experience are QX60 highlights. Less impressive is the QX’s handling and ride quality when equipped with the optional 20-inch wheels. Base prices are competitive, and though Infiniti requires the purchase of costly option packages in order to get some desired features, considering all the content, it’s not unreasonable.