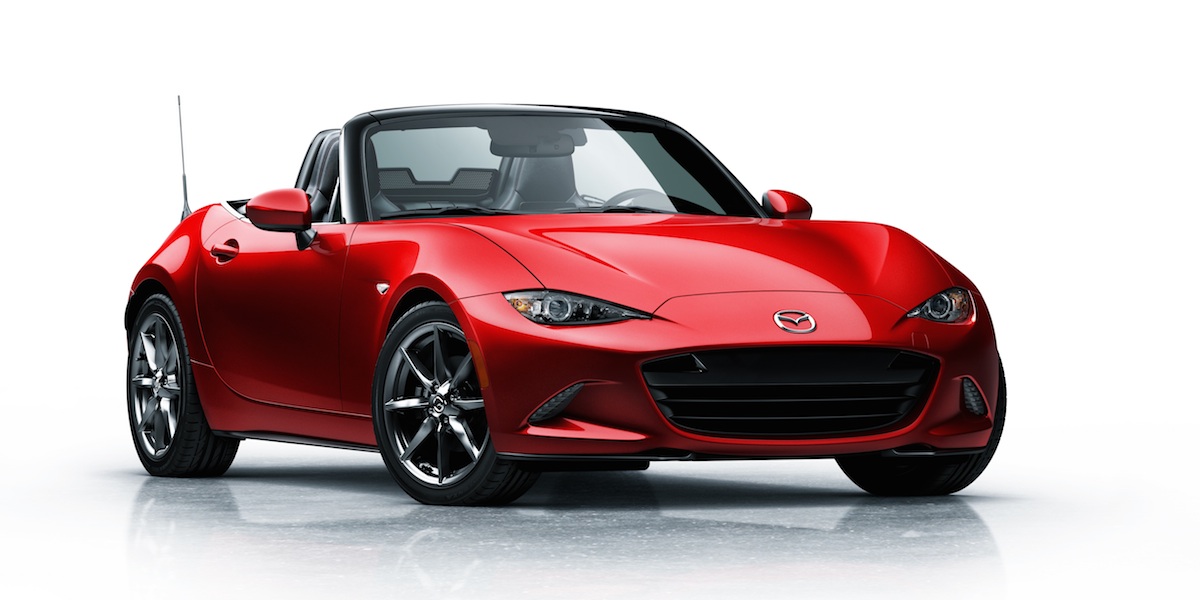 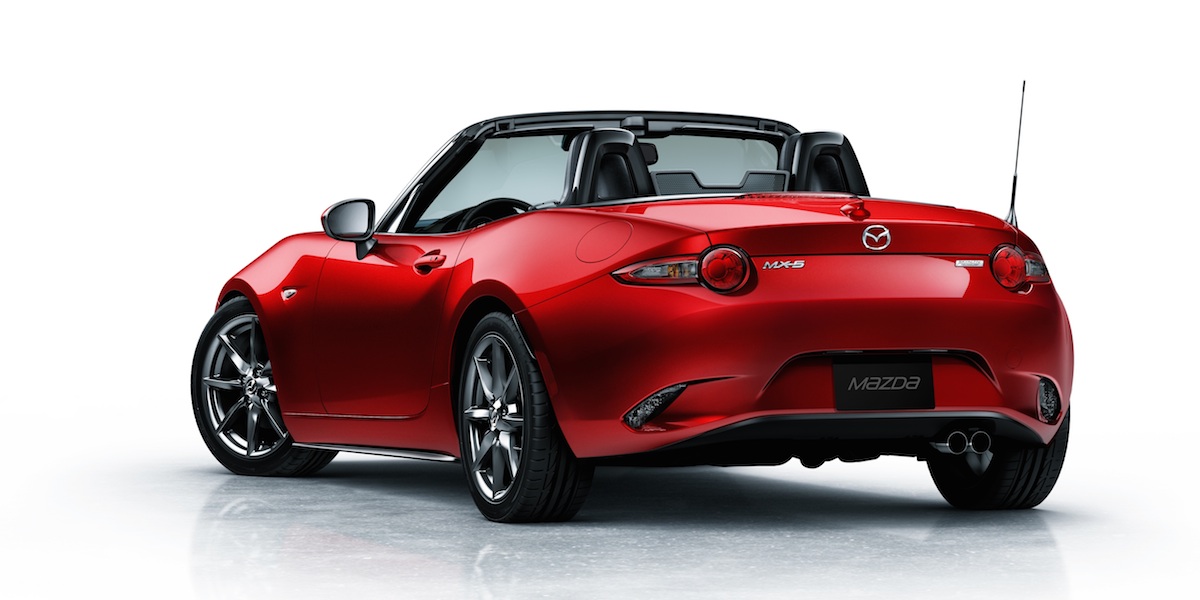 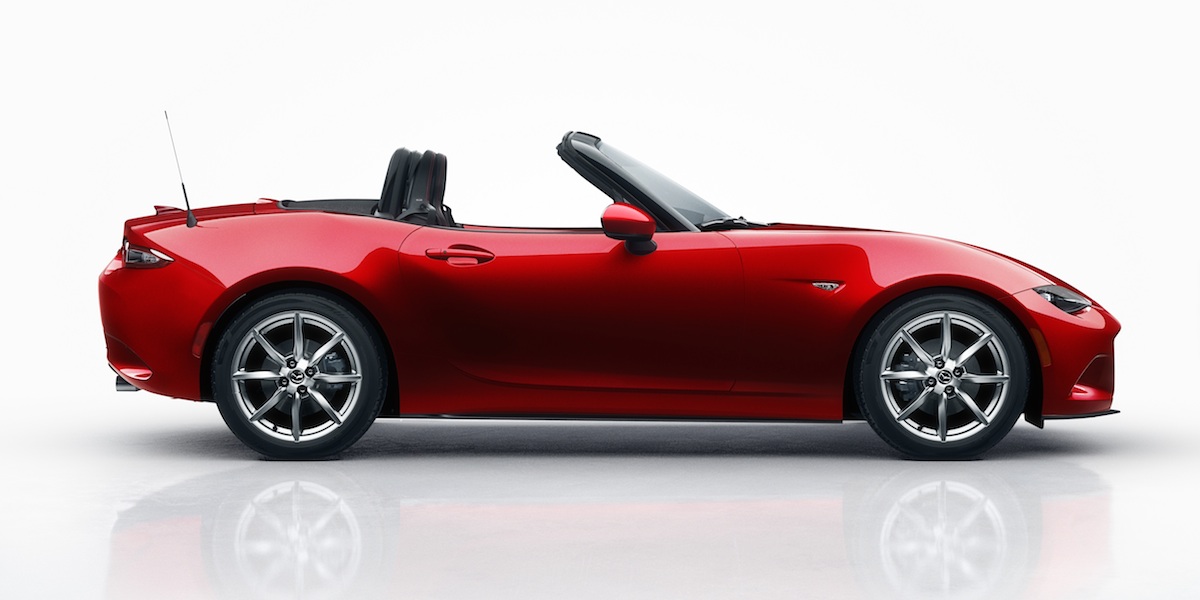 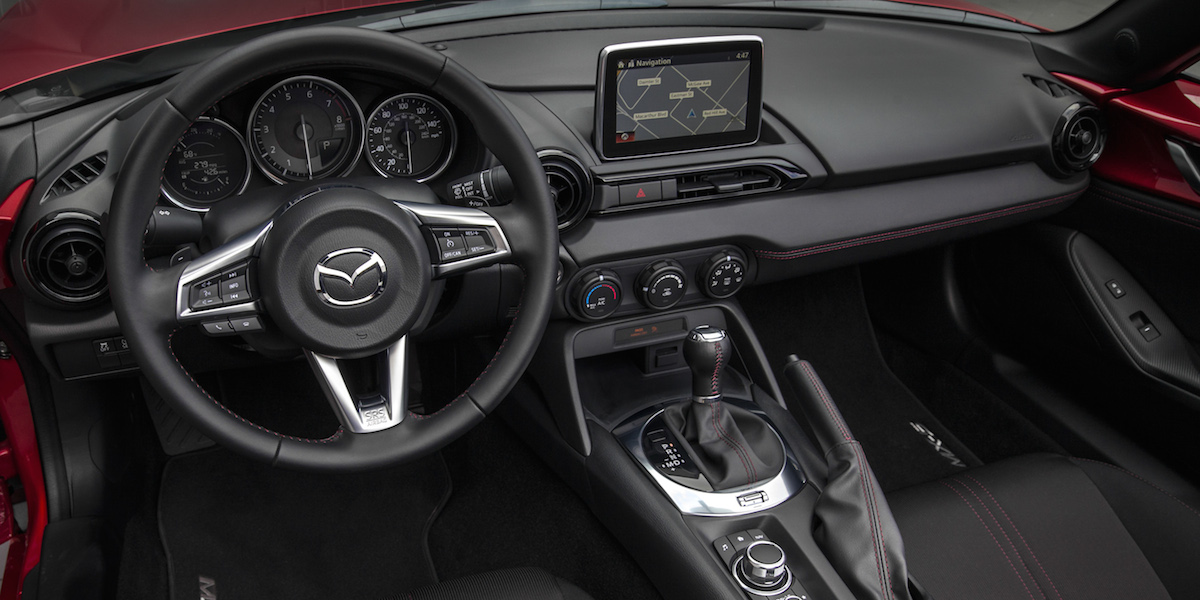 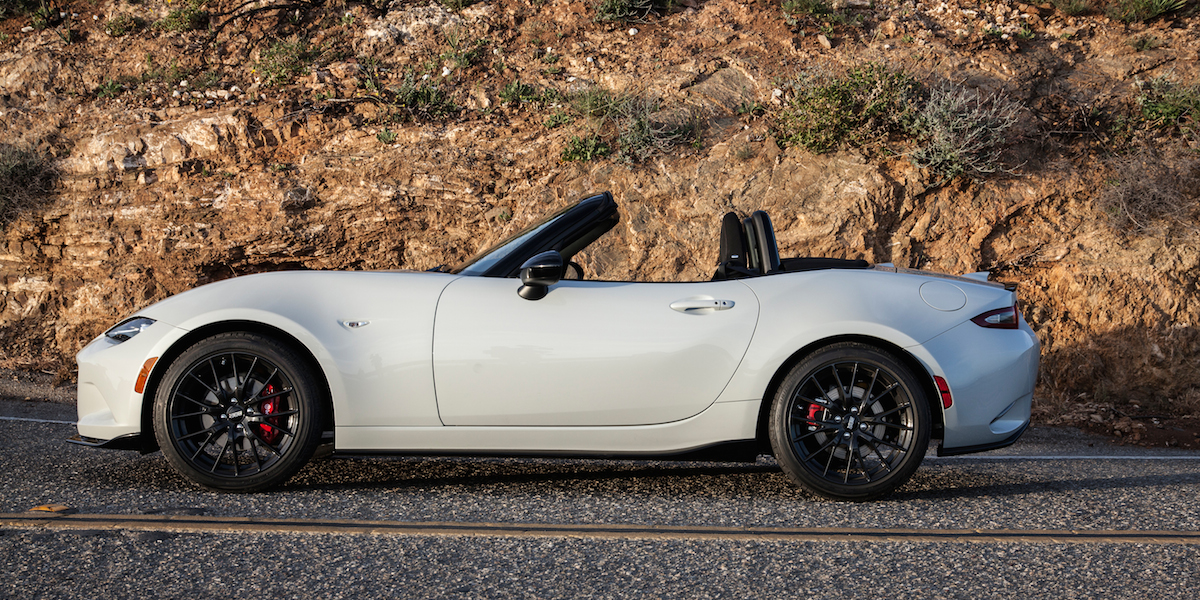 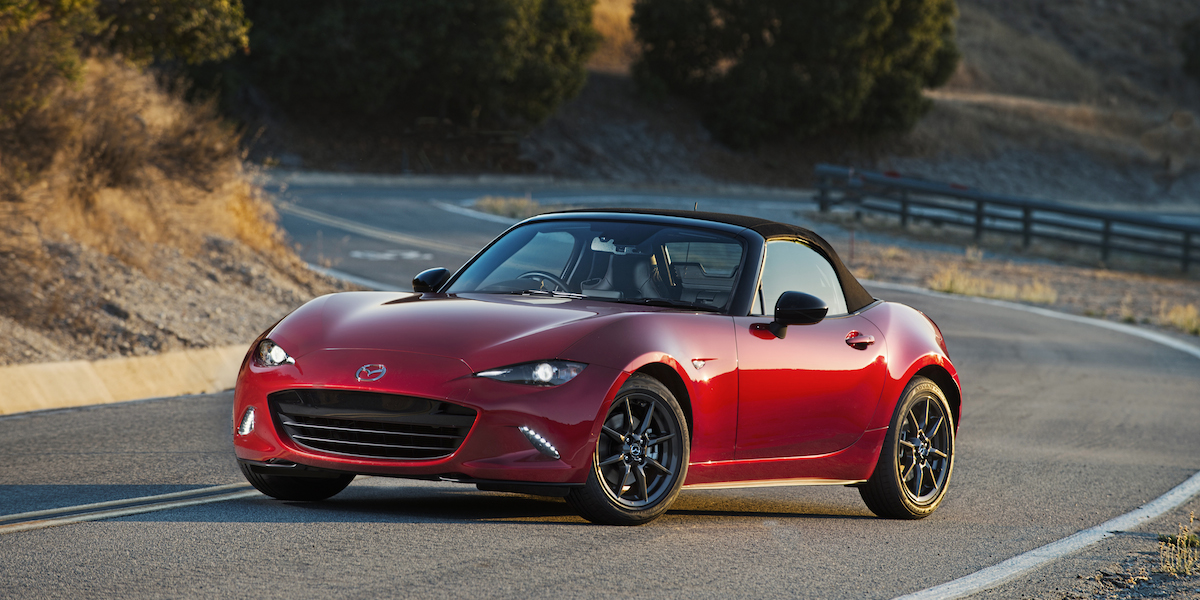 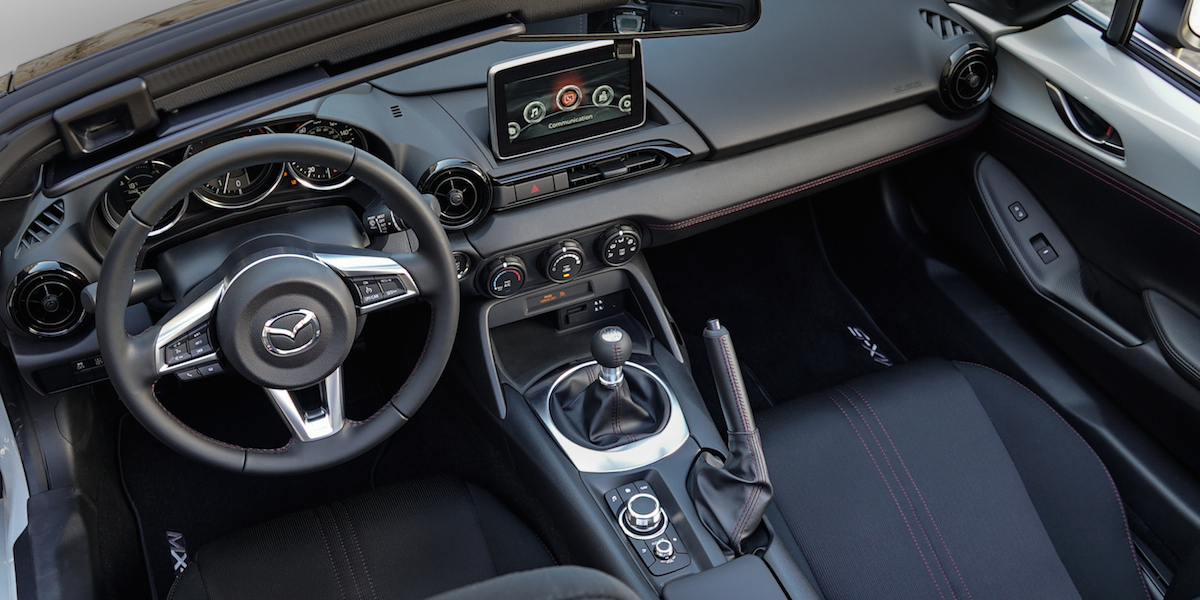 The MX-5 Miata has delivered joyous fun behind the wheel at affordable prices ever since it was introduced back in 1990. The all-new 2016 Miata keeps up the tradition; it maintains the Miata’s pure-sports-car character while adding several up-to-date technology features.

The MX-5 Miata is Mazda’s zippy, 2-seat-convertible sports car. After celebrating its 25th anniversary last year, the Miata is redesigned for 2016. As before, trim levels ascend through Sport, Club, and Grand Touring models. Though the new MX-5 has a distinctly more aggressive look than its predecessor, it’s actually a bit down on horsepower (155 hp vs. 167 in the previous manual-transmission model). However, it’s also slightly quicker, thanks to its lighter curb weight and improved low-end torque. Available features include lane departure warning, rear cross-traffic alert, blind-spot monitor, automatic high-beam control, Bluetooth connectivity, a navigation system, and the Mazda Connect infotainment system with a 7-inch touchscreen.

The Mazda Miata is redesigned from the ground up for 2016.

The EPA rates the Miata at 27 mpg city/34 highway with the manual transmission and 27/36 with the automatic. In Consumer Guide® testing, a manual-transmission Club model averaged 31.4 mpg in a slight majority of highway driving.

Though the redesigned 2016 Miata adds a raft of welcome technology features and is clearly more sophisticated than its predecessor, it stays true to the simple, lightweight, affordable, and “tossable” design philosophy that has been a Miata trademark since day one. If you’re looking for a sports car with ferocious acceleration, a Miata is not for you. However, if you appreciate an agile, well-balanced roadster that offers driving satisfaction that transcends brute horsepower—at a sticker price that doesn’t break that bank—the Miata is in a class all its own.

Convertible, Mazda
For more than 50 years, car shoppers have been relying on Consumer Guide Automotive. Our editors test drive and thoroughly evaluate virtually every new car, truck, minivan, and SUV sold in America.