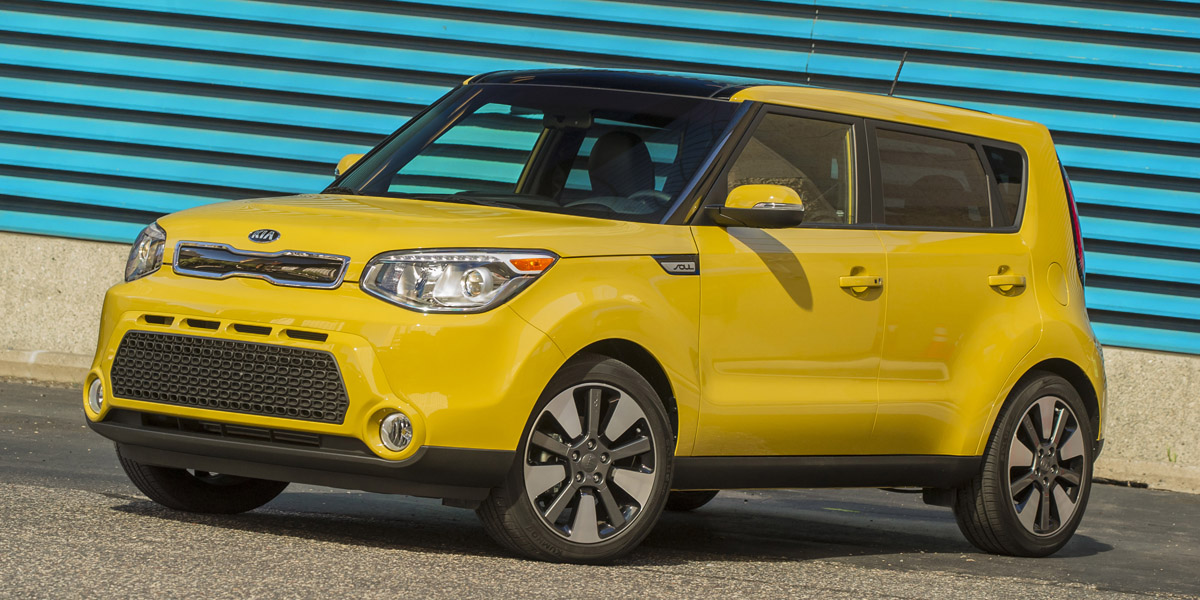 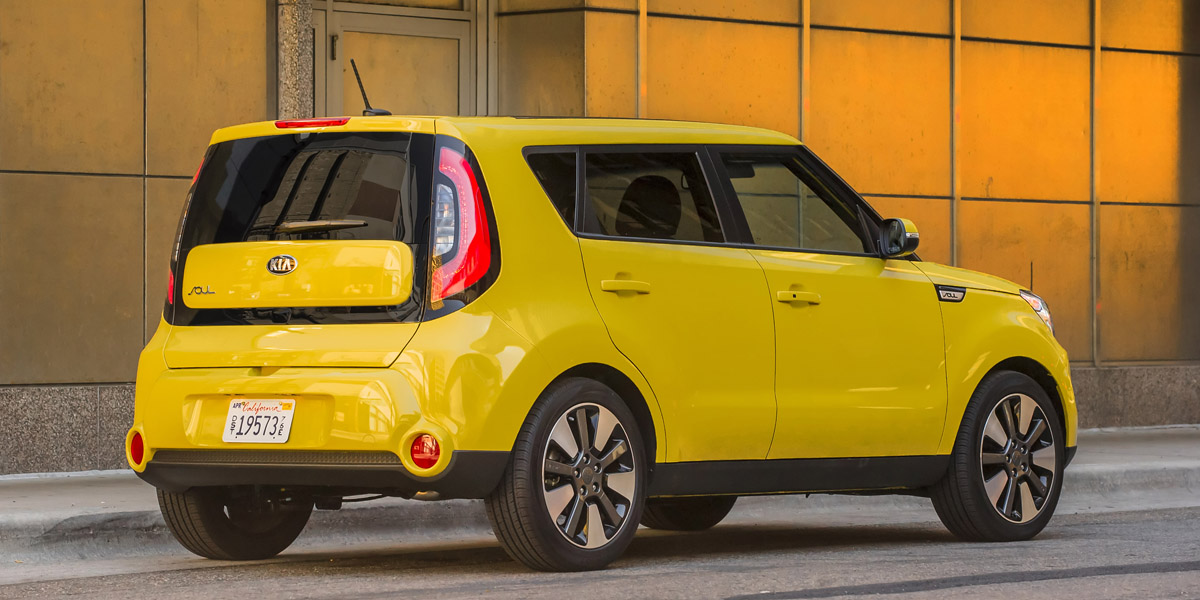 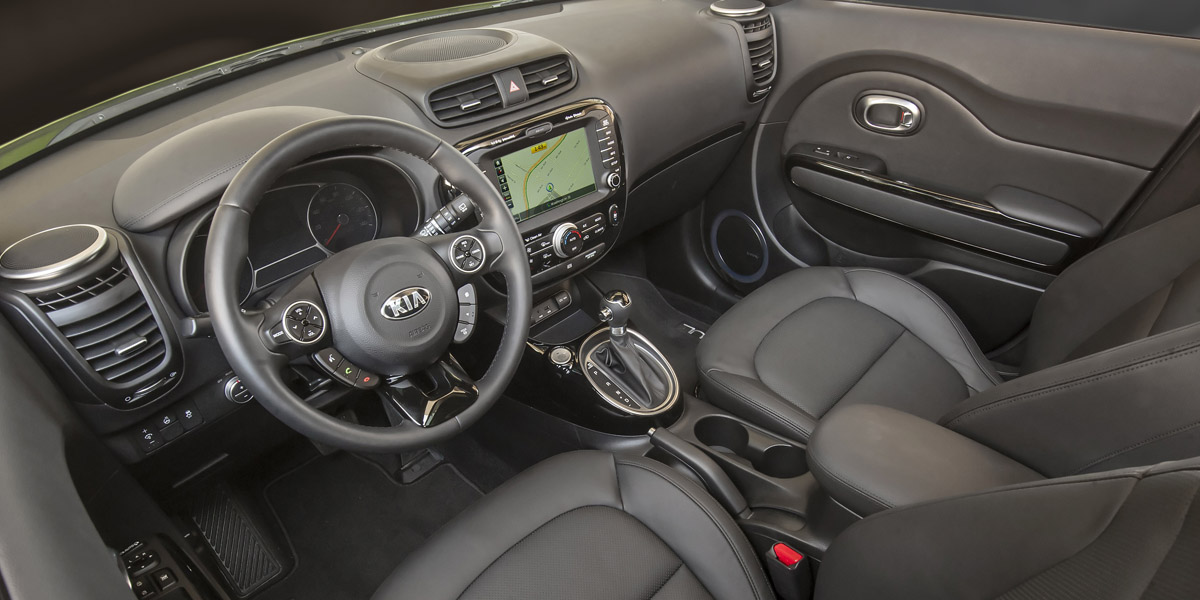 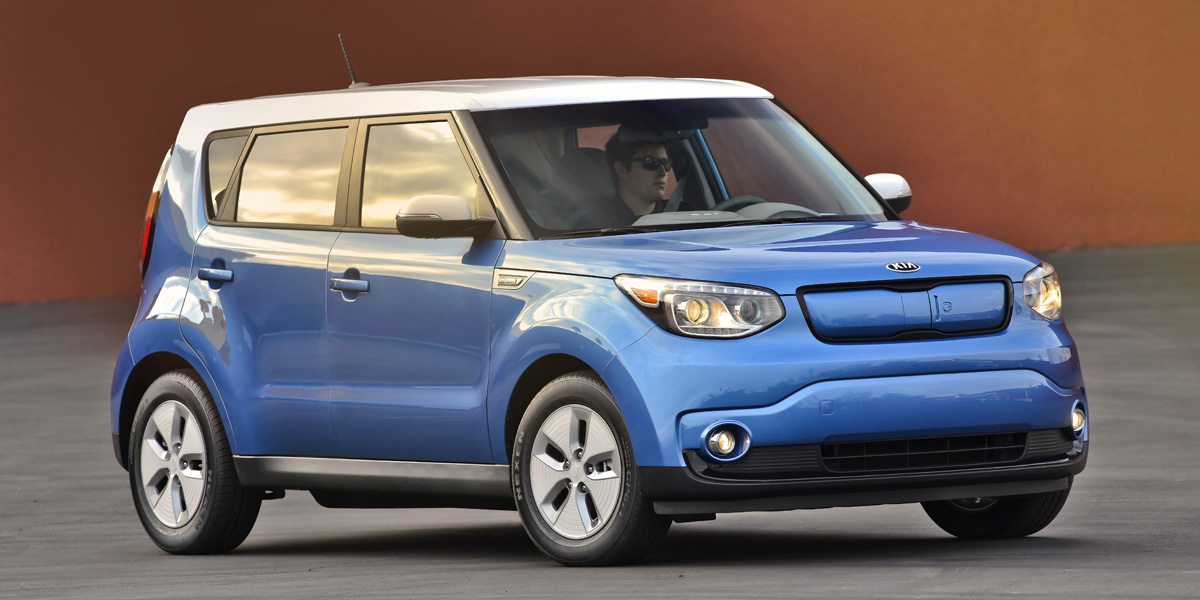 Fuel economy trails subcompact-class leaders, and most optional features can only be had by purchasing pricey option packages.

With the discontinuation of the Nissan Cube for 2015, the Kia Soul is only “box-on-wheels”-type vehicle in the subcompact class—the Scion xB moved to the compact class when it was redesigned on a larger platform for 2008.

A redesigned Soul debuted for 2014 on a slightly larger chassis that was 30 percent stiffer than the original model. The styling was all-new too, though the new Soul retained the same boxy profile and exuberant design spirit of the original.

The base-model Soul is powered by 130-horsepower 1.6-liter 4-cylinder engine, while the midline Plus and line-topping Exclaim models get a 164-hp 2.0-liter four. A broad range of optional equipment is available, including rare-for-the-class features such as a panoramic sunroof, heated and ventilated front seats, heated rear seats, heated steering wheel, and a cooled glovebox.

The Soul was redesigned last year, so its updates for 2015 are limited to an interior-trim package on top-line Exclaim models and an updated UVO multimedia system with new UVO eServices features and smartphone-app features. Kia is also introducing an all-electric version of the Soul for 2015 called Soul EV.

During Consumer Guide® evaluation, a Soul Plus with automatic transmission returned 23.4 mpg; a Soul Exclaim with automatic averaged 22.8. Both tests consisted of mostly city driving. All Souls use regular-grade gas.

It’s easy to see that the Kia Soul has a lot of personality, but it’s also one of the most comfortable and refined subcompacts around—particularly in optioned-up form. The ride is decently absorbent, the handling is reasonably nimble, and the cabin is surprisingly spacious. The engine can grow a bit noisy at times, and the sticker prices escalate quickly as options are added, but the Kia Soul is still one the most compelling vehicles in its class.

Hatchback, Kia
For more than 50 years, car shoppers have been relying on Consumer Guide Automotive. Our editors test drive and thoroughly evaluate virtually every new car, truck, minivan, and SUV sold in America.