CG Says: After last year’s redesign, the 2020 BMW X4 adds high-performance M models and the M40i sees horsepower increase from 355 to 382. The X4 M has a 473-hp turbocharged 3.0-liter 6-cylinder engine and the X4 M Competition has a 503-hp version of that engine. The X4 is a fastback-roofed version of BMW’s X3 compact SUV. The base xDrive 30i has a 248-horsepower turbo 2.0-liter 4-cylinder engine, while the M40i has a turbocharged 3.0-liter 6-cylinder that now has 382 hp. All engines are paired with an 8-speed automatic and all-wheel drive is standard. In addition to stronger engines, the M40i and M models get sport suspension and special trim inside and out. Available features include forward-collision warning and mitigation, pedestrian detection, adaptive cruise control with stop and go, blind-spot alert, active lane-keep assist, park assist, ventilated front seats, and panoramic sunroof. The X4’s swoopy, sloped-roofline body emphasizes style over the rear headroom and cargo space of the X3’s traditional wagon body. The X4’s slick styling may appeal to some buyers, but we prefer the X3’s superior cargo capacity, rear-seat passenger room, and lower sticker prices. 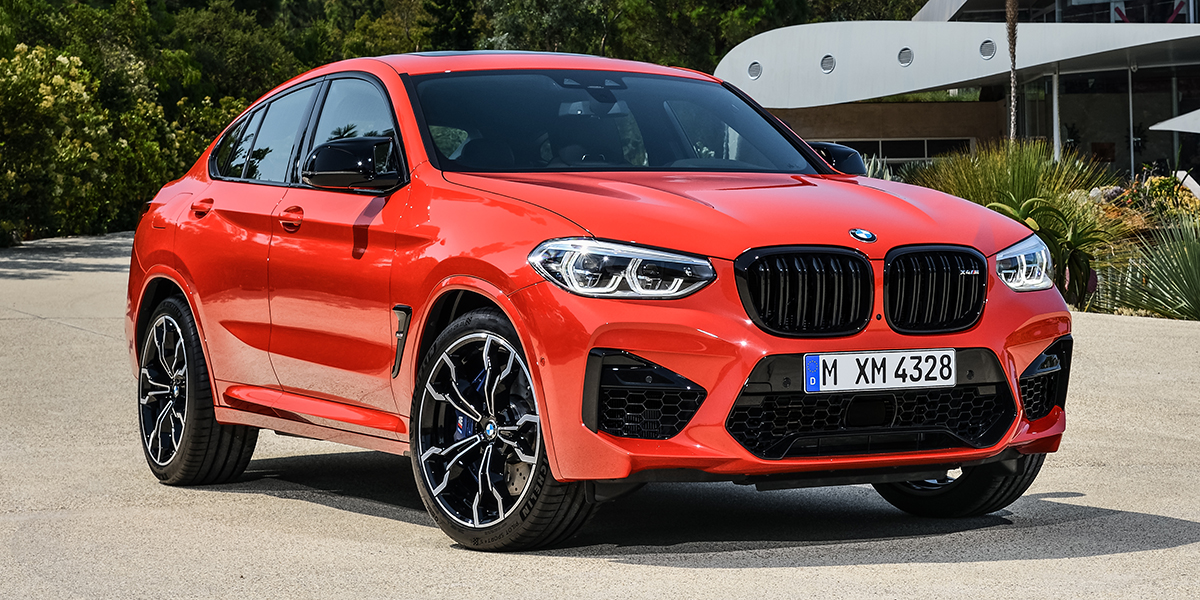