The CT5 (as in “five”) replaced the CTS (as in “ess”) as Cadillac’s midsize sedan for the 2020 model year. The CT5 is a bit smaller than its CTS predecessor; it is sized to compete more directly with European rivals such as the Audi A6 and BMW 5-Series. (The Cadillac CT4, which was also new for 2020, replaced the ATS as Cadillac’s compact sedan.)

The 2022 Cadillac CT5 is available in Luxury, Premium Luxury, Sport trim levels, as well as a performance-oriented V-Series model named CT5-V. The base engine is a 2.0-liter turbo 4-cylinder that is rated at 237 horsepower. The step-up engine, available in Premium Luxury and Sport models, is a twin-turbocharged 3.0-liter V6 that is rated at 335 hp; the CT5-V comes standard with a 360-hp version of this engine. The new-for-2022 CT5-V Blackwing is fortified for high-performance track driving—it has a 668-hp supercharged 6.2-liter V8 with a 6-speed manual transmission standard and rear-wheel drive; a 10-speed automatic is optional. All other CT5 engines are paired with a 10-speed automatic transmission and offer a choice of rear-wheel drive or all-wheel drive.

Cadillac’s midsize sedan suffers from some interior materials that aren’t quite up to true luxury-brand standards, and its 4-cylinder engine isn’t particularly powerful or refined for the premium midsize car class. Still, with its competitive pricing, striking styling, and lengthy list of available features, the CT5 might sway a few European sport-sedan intenders. And, with Cadillac’s forthcoming shift to pure-electric vehicles, the ferocious new CT5-V Blackwing model is poised to be a particularly impressive last-of-a-breed super sedan. 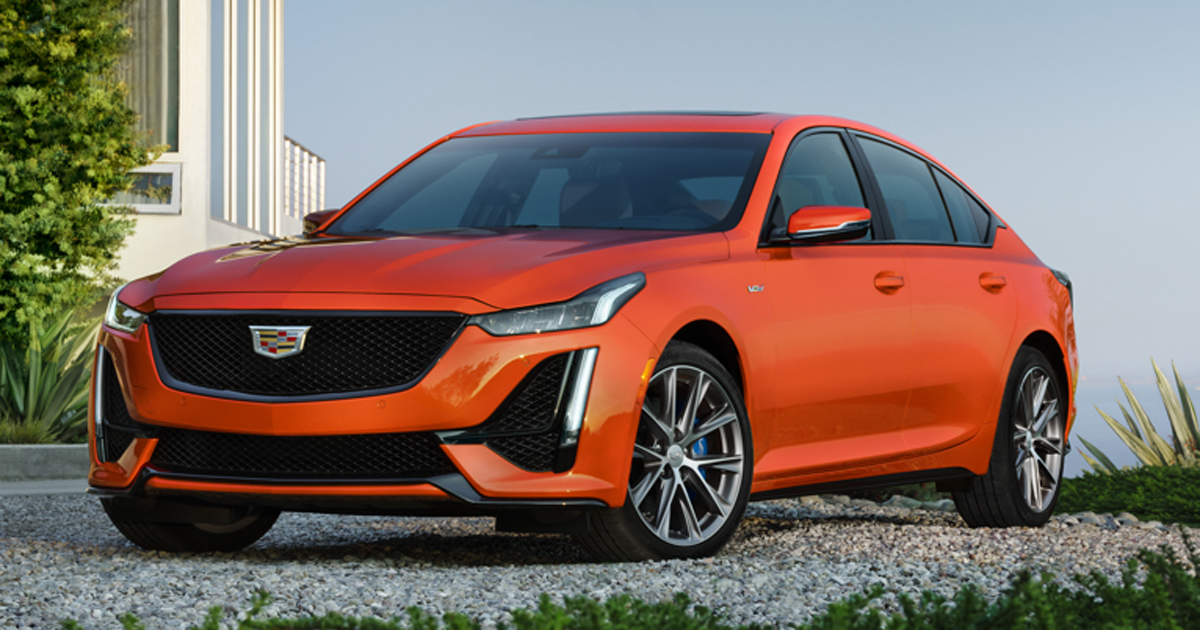