CG Says: The 2020 Chevrolet Bolt EV increases its estimated driving range from 238 to 259. Also, the Bolt’s rear-view and surround-view cameras are now digital. Chevrolet introduced its first mass-market pure-electric car for 2017. The Chevrolet Bolt EV is a subcompact-sized 4-door, 5-passenger hatchback that has an estimated driving range that is more than double the range of some electric cars. The only other pure-electric vehicles that currently boast that kind of range and are similarly priced to the Bolt are the Tesla Model 3 and Nissan Leaf. The Bolt EV’s base price is around $35,600 when the maximum federal tax incentive is deducted, however that incentive is expected to expire at the end of March 2020. The Bolt EV’s 60 kWh lithium-ion battery pack provides the power for a 200-horsepower electric motor. Charging the battery from empty takes roughly nine hours on a Level 2 charger, and more than 60 hours on a Level 1 charger. Chevrolet says that charging via the Bolt’s optional Level 3 charging port can replenish 90 miles of range in about 30 minutes. Base LT and top-line Premier trim levels are offered. The nicely equipped LT comes standard with Chevrolet’s MyLink touchscreen infotainment system, Apple CarPlay/Android Auto functionality, a 4G LTE WiFi hotspot, rearview camera, keyless access and starting, and GM’s Teen Driver Mode monitoring system. LT options include heated front seats and steering wheel, blind-spot alert, rear cross-traffic alert, and rear obstacle detection. The Premier comes standard with most of the above and adds leather upholstery, heated rear seats, lane-departure warning, and a novel rearview-camera mirror. The Chevrolet Bolt EV’s segment-topping driving range and accessible price point are its headline-grabbing features, but its virtues don’t end there. It’s also surprisingly quick, space-efficient, and available with a fine selection of state-of-the-art technology features. The Bolt EV is a big step in electric-vehicle technology, and for some, it may be the first truly practical electric car. 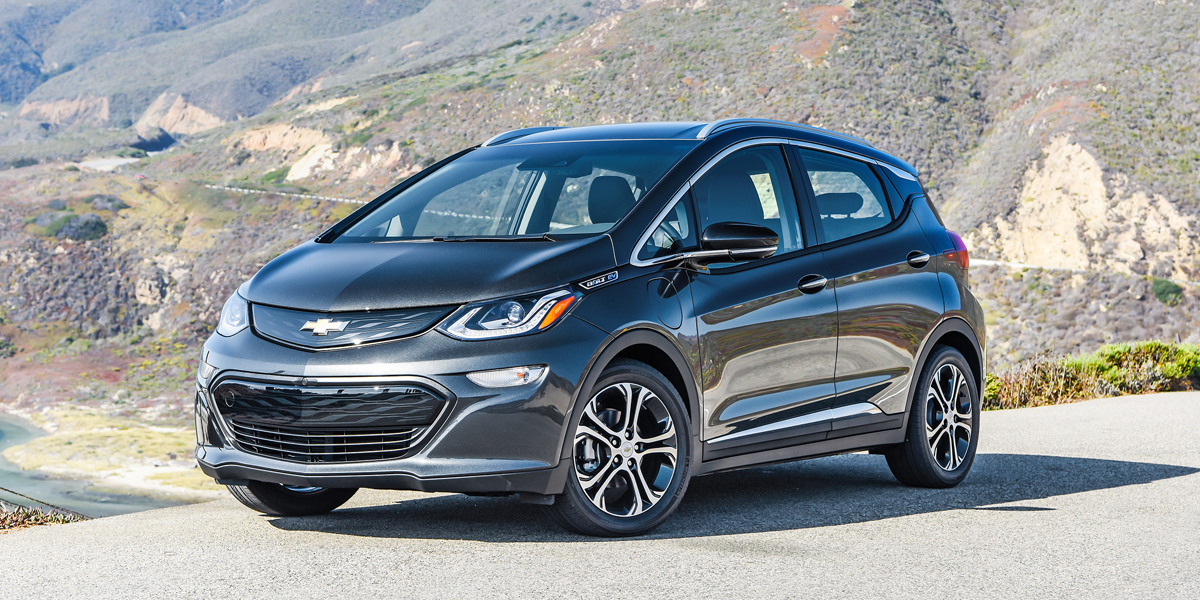 Best Buys for the City Dweller