CG Says: Dodge Viper production will end during 2017. Dodge has added six 25th Anniversary limited edition models: 1:28 Edition ACR, VoooDoo Edition ACR, Snakeskin Edition GTC, GTS-R Commemorative Edition ACR, Dodge Dealer Edition ACR, and Snakeskin Edition ACR. Regular models are unchanged. This generation of Viper sends a mixed message. On the one hand, it remains a performance machine of the highest order, with racetrack credentials few cars can match. But on the other hand, it has veered from its raw heritage with a gussied-up interior and the latest electronic gadgets with the aim of becoming more “civilized.” That sounds like a great combination, and to some, it may be. But the Viper is really too brutal to be a comfortable Grand Touring car — leather-trimmed luxury notwithstanding — so to others, that only serves to blur the focus. Make no mistake about it: The Viper is a performance car of the highest degree. But it certainly wouldn’t be our choice for a cross-country trip. 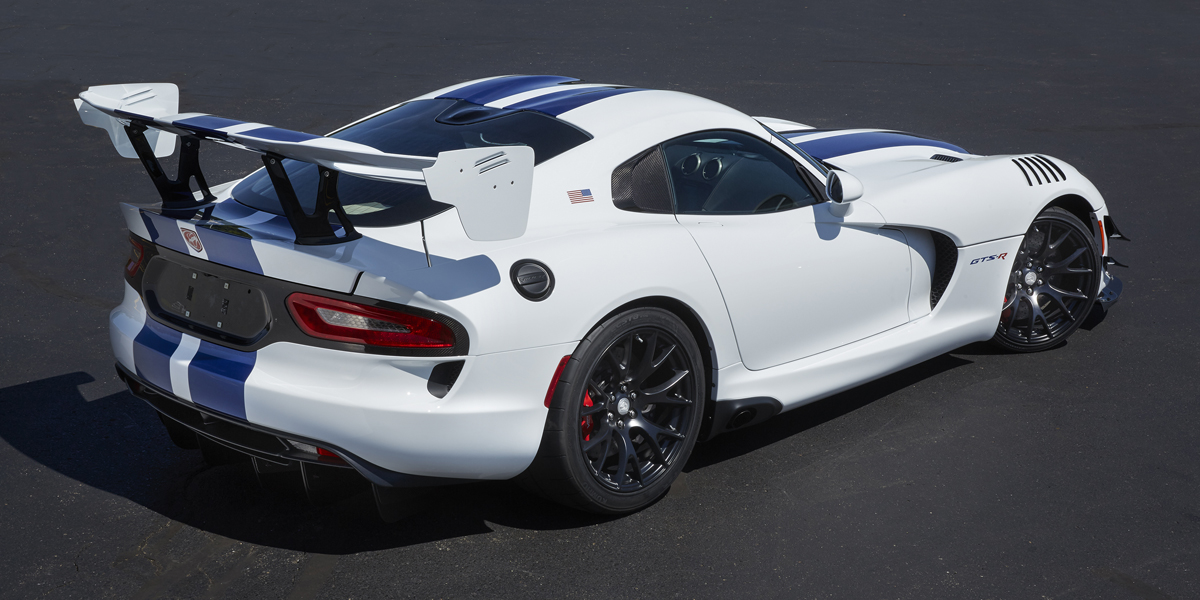 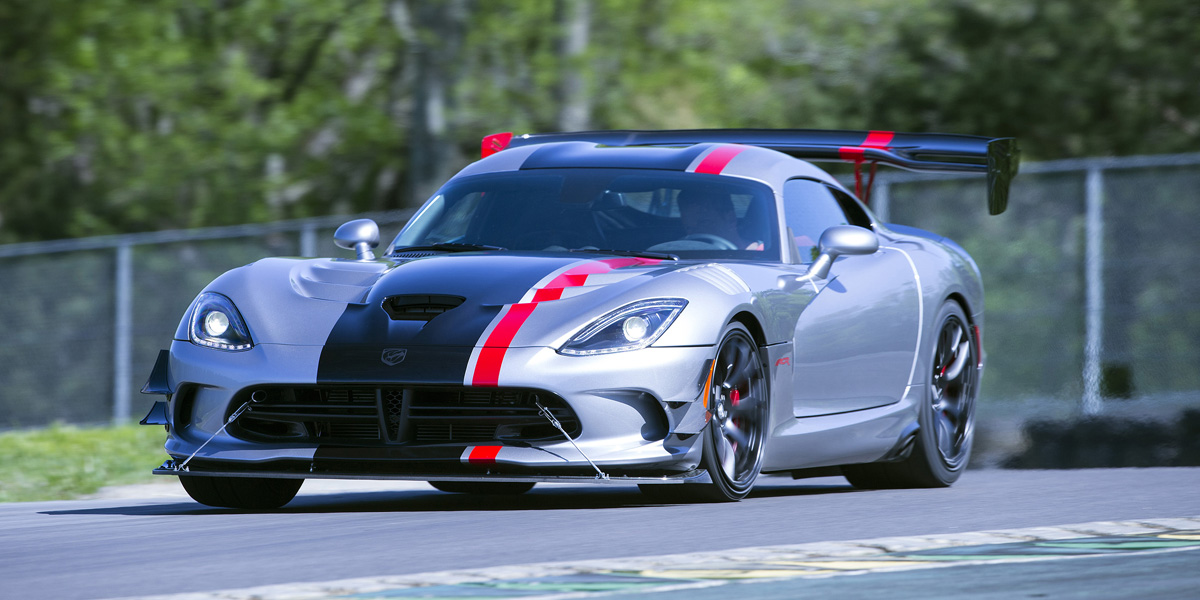