Pros: Broad range of powertrains and trim choices, including well-designed Hybrid and Plug-in Hybrid models; one of the quieter cars in the class; crisp-for-the-class handling

CG Says: The 2020 Ford Fusion drops its V6-powered Sport model and the Energi is now called Plug-in Hybrid. The base engine is a 175-horsepower 2.5-liter 4-cylinder engine. SE and SEL are powered by a turbocharged 181-horsepower 1.5-liter four. The topline Titanium has a 245-hp turbocharged 2.0-liter four that is also optional on SE. All-wheel drive is optional on SE and Titanium. Hybrid and Plug-in Hybrid are powered by a 2.0-liter 4-cylinder engine and electric motor with a combined output of 188 horsepower. Technology features include automatic emergency braking with pedestrian detection and hands-free perpendicular and parallel parking. The topline Titanium is fully loaded with luxury features, including a leather interior with heated and cooled front seats. Ford’s Sync3 multimedia system, which is available in most Fusion models, replaced the finicky MyFord Touch setup. All Fusions have push-button starting, and a rotary dial gear-shift knob that replaces a traditional shift lever. The basic Fusion platform debuted as a 2013 model, and the extensive updates for 2017 help keep it competitive against a strong class of midsize-sedan rivals. 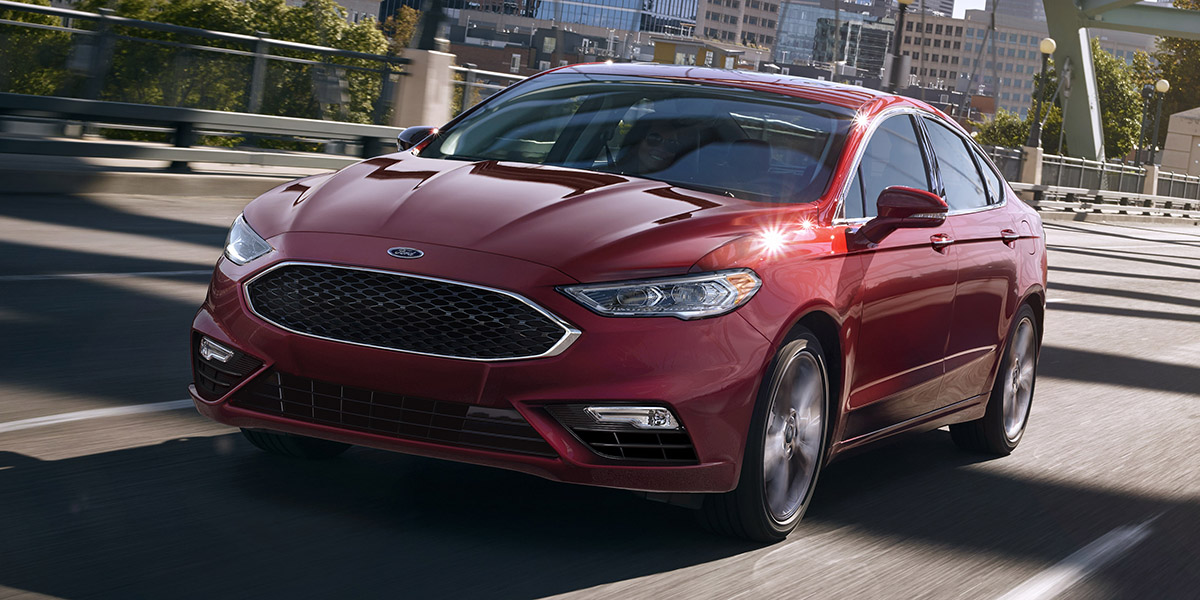