CG Says: Infiniti has revamped its model names for 2014; all Infiniti cars now carry a “Q” prefix and all SUVs start with “QX.” The 2014 Q70 was formerly known as the M37/M35h, and is not significantly changed other than its new name. The Q70 is way outsold by most every class rival, perhaps for lacking the brand cachet of German competitors and striking a somewhat different ride/handling balance than they do. Even so, these Infinitis easily match most any alternative for acceleration, mechanical refinement, roominess, interior quality, and–especially in Sport Package guise–overall driving satisfaction. They deserve serious consideration, especially by those who don’t like following the herd.

The Q70 Hybrid is billed as a “performance hybrid,” an incongruous term that nevertheless fits. Though too large, heavy, and powerful to achieve Toyota Prius-level mpg, this dual-power premium-midsize car is potentially greener and more fuel-efficient than the equivalent non-hybrid Q70, depending on how it’s driven. Yet it also offers a similarly sporty driving experience and slightly better acceleration, plus the same low noise levels, luxury trappings, and exemplary control scheme. The main compromises are the puny trunk space, a ride that’s still a bit brittle for the class, and a price premium you won’t recoup in fuel savings for decades–if then. Still, the Q70 Hybrid is a worthy new choice in the growing “luxo-eco” field, with a winning personality all its own. 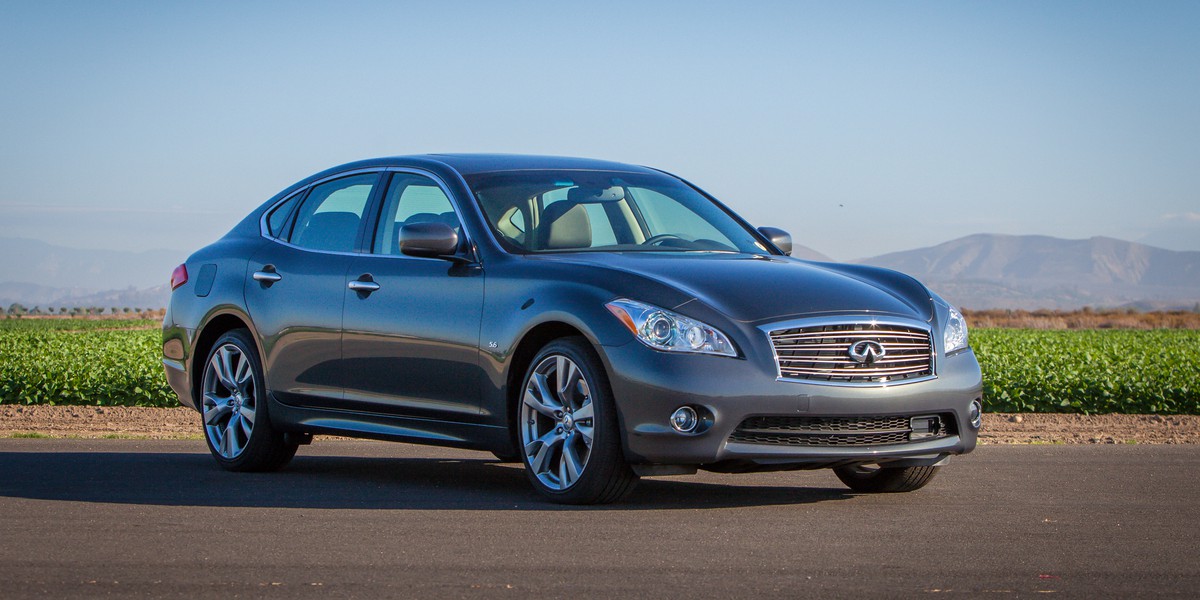