CG Says: After taking a year off, the Infiniti Q60 coupe returns for 2017, completely redesigned on a basic platform shared with the Infiniti Q50 sedan. The previous Q60 was only offered with V6 power, but the 2017 model can be had with a choice of 4-cylinder or V6 engines. The base powerplant is a turbocharged 2.0-liter four-cylinder engine with 208 horsepower; the step-up choice is twin-turbocharged 3.0-liter V6 rated at 300 horsepower in 3.0t Premium and Sport models and 400 hp in the high-performance Red Sport 400. Both engines mate to a seven-speed automatic transmission; a manual gearbox is not offered. Rear-wheel drive is standard, and all-wheel drive is available on all models. LED headlights are standard. Around-view monitor; lane-departure warning and prevention; forward emergency braking with pedestrian detection; and adaptive cruise control are available. The Q60 line previously offered a convertible version, but it’s unlikely that a drop-top model will make the jump to the new generation. The previous-generation Q60 was an interesting alternative to BMW 4 Series and Audi A5. The new Q60, with its dramatic new styling, should also be an intriguing entry in the premium sport coupe market. 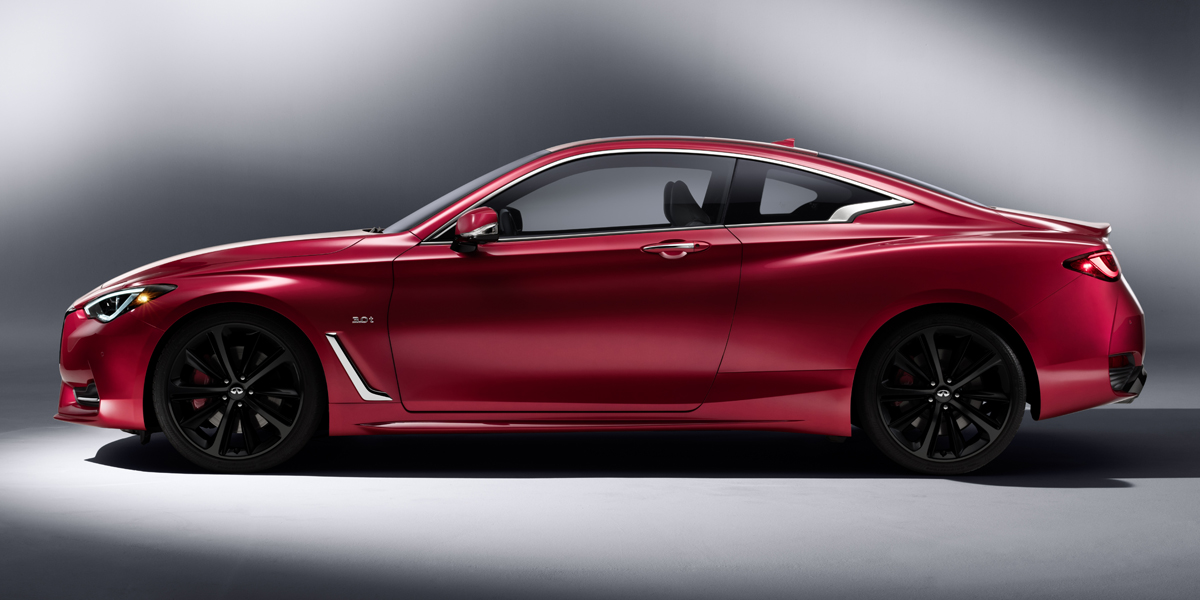