CG Says: Jeep brings back its vintage Wagoneer brand name for the division’s first entry into the large-SUV class. The Wagoneer is offered in one length that’s in-between standard and long versions of rivals from General Motors and Ford. Like much of its competition, Wagoneer also has body-on-frame construction, giving it similar ability to tow big trailers and haul heavy loads. Jeep offers the Wagoneer in base trim and the luxury Grand Wagoneer version, which is discussed in a separate review. The base Wagoneer has a 392-horsepower 5.7-liter V8 engine, with Jeep’s eTorque mild-hybrid system that augments the engine with a small electric motor. This setup pairs with an 8-speed automatic transmission. The Wagoneer is available with rear-wheel drive or 4-wheel drive. Three 4-wheel-drive systems are offered, with different levels of traction and driver control.

The 2022 Wagoneer is initially available in Series II and Series III trim; a 2-wheel-drive Series I version will be offered later in the model year. Standard on all is eight-passenger three-row seating with leather upholstery and a second-row bench seat. Second-row captain’s chairs are available, but they reduce maximum capacity by one person, to seven. Jeep’s Uconnect 5 system is standard. It’s accessed via a 10.1-inch reconfigurable touchscreen display. A 10.25-inch passenger screen and dual 10.1-inch rear-seat entertainment screens are available. Also offered are Apple CarPlay/Android Auto connectivity, 4G Wi-Fi hotspot, and Fire TV for Auto, which allows users to access movies, TV shows, and apps. Although the Wagoneer name is rooted in Jeep’s past, nostalgia clearly isn’t the goal here. Wagoneer is aimed squarely at the most popular contemporary vehicles in the large-SUV segment today. With the size, hauling capacity, and abundant features buyers expect from these big, pricey vehicles, Jeep’s new entry into this category is worth considering. 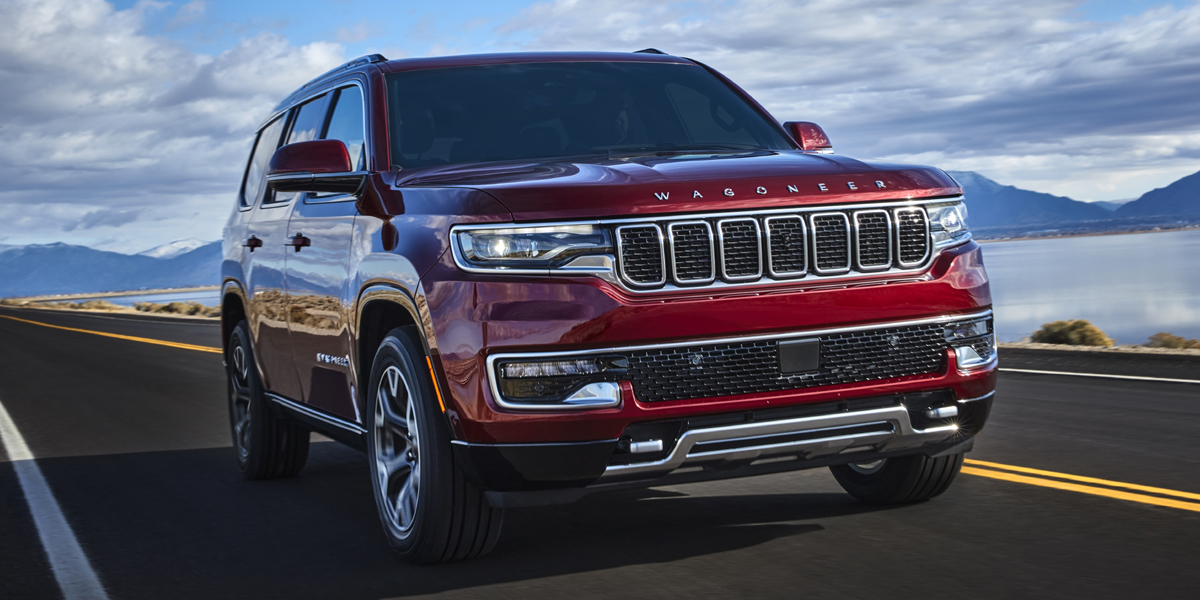