Cons: Ride composure doesn’t quite measure up to class leaders; no stand-alone options, only Luxury and Technology packages that cost around $2K and $3K each, respectively

CG Says: After its introduction last year, Kia’s flagship sedan sees a few minor updates for 2015. All Cadenzas gain an 8-way power-adjustable front-passenger seat. The available Technology package gains Rear Cross Traffic Alert, and Limited models get a new grille and new fender trim. Inside, Limited models get Kia’s Flex Steer adjustable-steering feature, a 360-degree surround-view monitor, new LED lighting elements, a new clock design, and additional chrome trim. Cadenza slots above the midsize Optima sedan in this South Korean brand’s lineup. The front-wheel-drive Cadenza shares its basic design with the Azera sedan from Hyundai, Kia’s corporate parent. Like its Azera cousin, Cadenza sports expressive styling, upscale interior trimmings, and a good selection of comfort and convenience features. Cadenza is a recent addition to the U.S. market, but Kia has been selling a version of this model overseas since 2009. Kia positions Cadenza as a “premium-segment” entry; it competes primarily with large cars such as the Buick LaCrosse, Chevrolet Impala, Chrysler 300, and Toyota Avalon. Cadenza shares many of its strengths and weaknesses with its cousin, the Hyundai Azera. In the plus column are its sprightly acceleration, a classy interior, good passenger/cargo space, and a generous helping of standard features. In the negative column are a lack of stand-alone options and ride composure that doesn’t quite match class leaders. Though Cadenza lives up to its upscale aspirations, Kia’s decision to position its new flagship sedan at that level means that there are no “value leader” versions to be had. As such, most large-car rivals start out at significantly less than the Cadenza’s $35K base price. 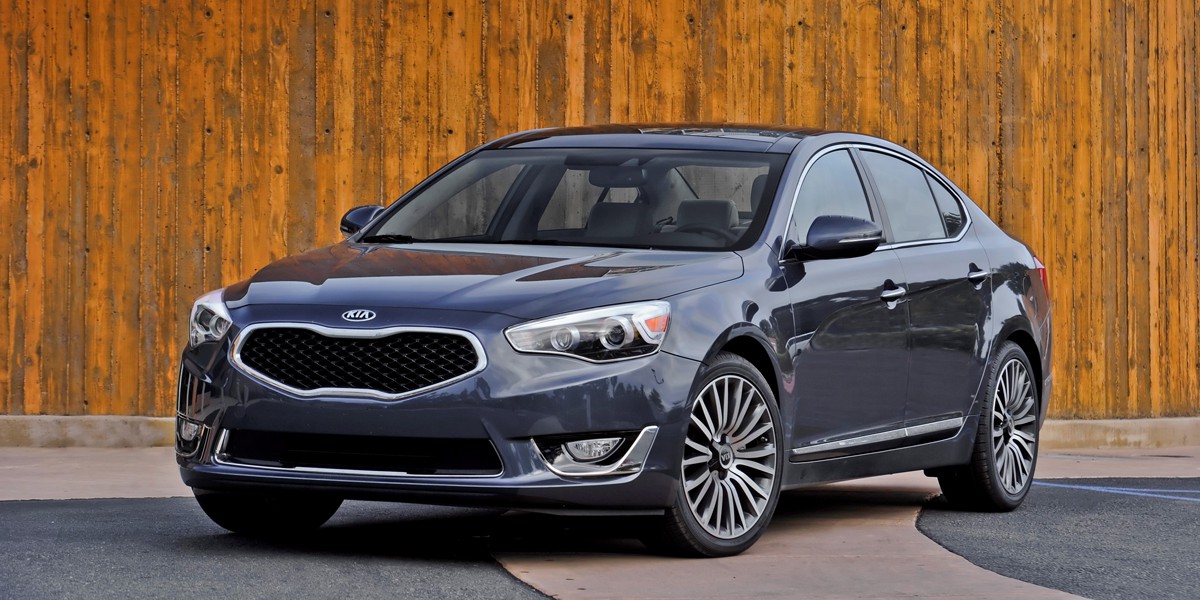