Cons: Ride composure doesn’t quite measure up to class leaders; no stand-alone options, only Luxury and Technology packages that cost around $2K and $3K each, respectively

CG Says: Kia Cadenza adds a base model for 2016. The new entry-level Cadenza is $3000 less expensive than the midrange Premium. A panoramic sunroof is added to Premium’s standard equipment. Cadenza slots above the midsize Optima sedan in this South Korean brand’s lineup. The front-wheel-drive Cadenza shares its basic design with the Azera sedan from Hyundai, Kia’s corporate parent. Like its Azera cousin, Cadenza sports expressive styling, upscale interior trimmings, and a good selection of comfort and convenience features. Cadenza is a recent addition to the U.S. market, but Kia has been selling a version of this model overseas since 2009. Kia positions Cadenza as a “premium-segment” entry; it competes primarily with large cars such as the Buick LaCrosse, Chevrolet Impala, Chrysler 300, and Toyota Avalon. Cadenza shares many of its strengths and weaknesses with its cousin, the Hyundai Azera. In the plus column are its sprightly acceleration, a classy interior, good passenger/cargo space, and a generous helping of standard features. In the negative column are a lack of stand-alone options and ride composure that doesn’t quite match class leaders. 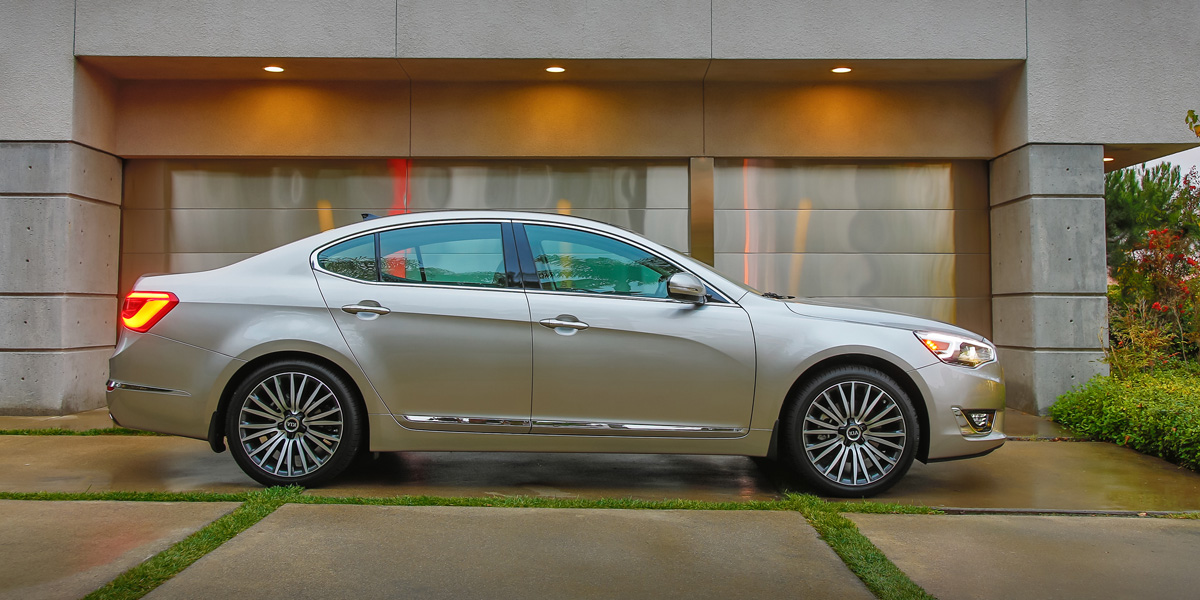