CG Says: Kia’s mainstream midsize sedan has been redesigned—and renamed—for 2021. The car formally known in North America as the Optima is now called by its international-market name: K5. The 2021 Kia K5 is slightly longer, wider, and lower than the Optima it replaces, and it offers a new topline engine choice and available all-wheel drive.

A 290-horsepower turbocharged 2.5 liter 4-cylinder replaces a 245-hp 2.0-liter turbo four and is exclusive to the sporty K5 GT model that will be available later in the model year. The base engine is a 180-hp turbo 1.6-liter 4-cylinder. The 2.5-liter is paired with an 8-speed dual-clutch automatic transmission and 1.6-liter has an 8-speed automatic. Front-wheel drive is standard and all-wheel drive will be available with 1.6-liter engine later in the model year.

As some auto manufacturers exit the sedan market, Kia ups its game with the boldly styled K5. The addition of available all-wheel drive and a more powerful performance engine makes the K5 one the strongest contenders in the midsize-sedan segment. 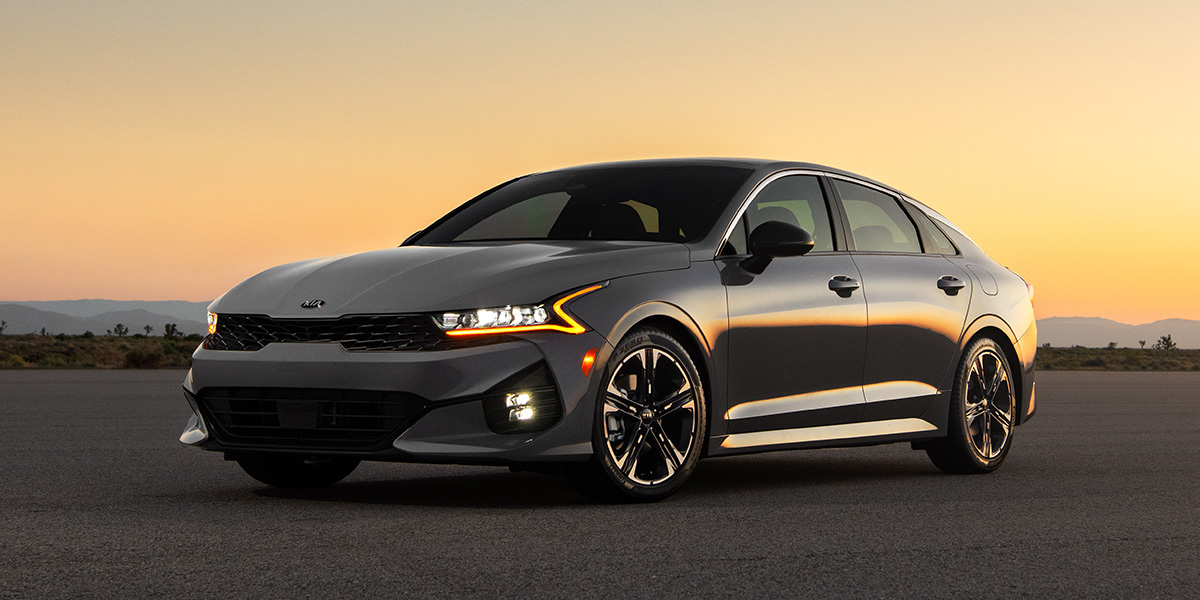