Pros: More nimble and fun to drive than you might expect for a hybrid, especially in F Sport trim; upscale interior materials; impressive fuel economy

CG Says: There are few changes for the 2016 Lexus CT 200h. The grille gets some more chrome and the previously standard power sunroof moves to the option list. Lexus positions the CT 200h as a fuel-sipping alternative to other small, luxury-oriented hatchbacks. At its base sticker price of about $32,000, the CT is a decent value and a nice way to get your foot in the door of the Lexus brand. Pricey options make it easy to send the sticker price skyward, putting the CT at a disadvantage against similarly priced rivals. Unless you place top priority on the Lexus badge and the privileges of ownership that entails, you would be better served with the thriftier, more practical, mechanically similar Toyota Prius. 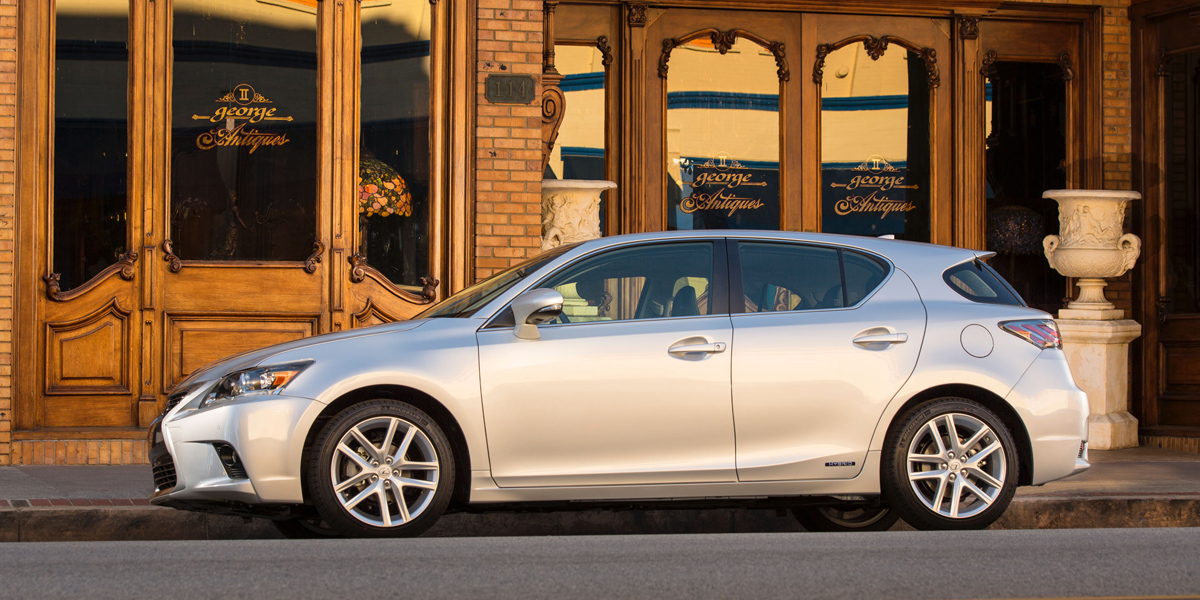