Pros: Zippy acceleration; impressive ride and handling balance—CX-9 one of the most engaging-to-drive midsize SUVs; cavernous cargo space with 2nd- and 3rd-row seats folded down

Cons: Mediocre fuel economy; as in many midsize SUVs, 3rd-row seat is cramped and difficult to access

CG Says: Mazda’s midsize SUV sees no significant changes for 2015. As ever, the Mazda CX-9’s primary strengths are its responsive engine and engaging handling while offering lots of safety and convenience features at reasonable-for-the-class prices. Fuel economy remains a sore spot for this pioneer of the three-row “large-midsize” crossover. Further, it lacks some of the refinement found in its more contemporary rivals, which is most likely the fault of its dated basic platform. Don’t get us wrong, the 2015 Mazda CX-9 is still very much worth a look, but it’s no longer the class standout it once was. 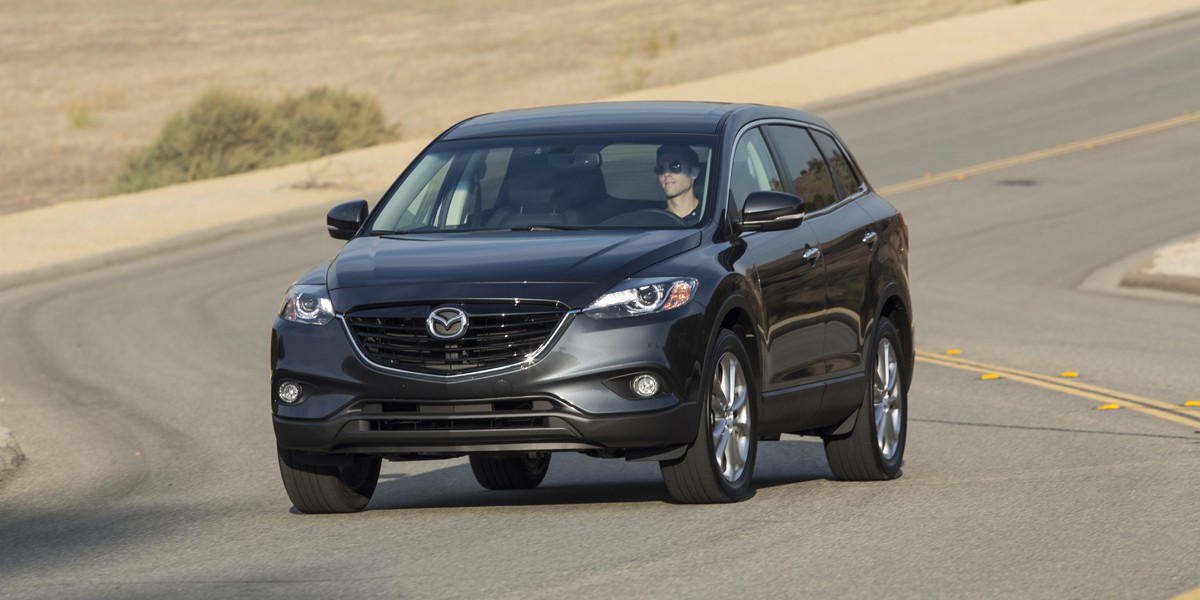