CG Says: For 2015, the MX-5 Miata gets a limited-edition 25thAnniversary model. Mazda says that just 100 examples are being built, and that all of them are already spoken for. Also, base Sport models get a cloth soft top instead of vinyl for 2015. An all-new next-generation MX-5 Miata is set to debut soon as a 2016 model. Though its design is a bit long in the tooth, the 2015 Miata is still great fun to drive and reasonably fuel-efficient. The available retractable hard top, though remarkably well engineered, is a very expensive addition to an already pricey car. Fortunately, most of the Miata’s top-notch driving characteristics are present and accounted for in the entry-level Sport model. That’s where we would steer buyers interested in this convertible. 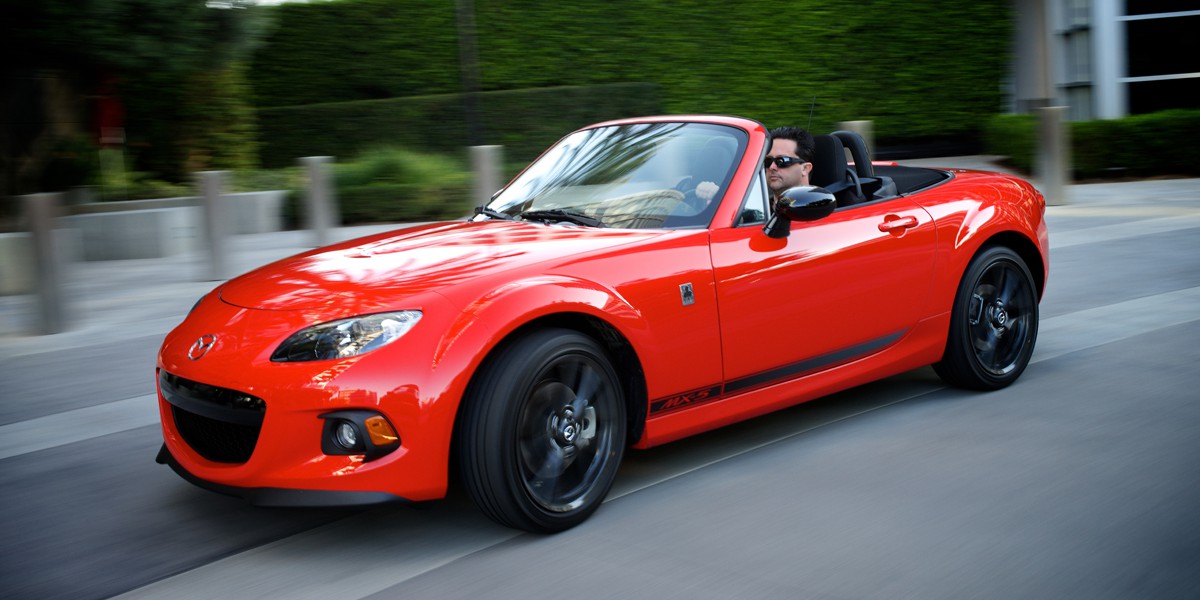