Cons: Missing some features offered on other subcompact cars, automatic transmission has only four speeds instead of five or six, cramped rear seat

CG Says: Mazda’s subcompact 4-door hatchback is unchanged for 2014. The Mazda 2 does many things well. It’s relatively refined, a joy to drive, and boasts interior decor that would be at home in a pricier car. However, it’s somewhat lacking in horsepower, and the amount of interior space and its subsequent configurability doesn’t really outshine a few of its key competitors. Still, the 2’s pricing and impressive cache of standard features are enough to earn this subcompact hatchback a place near the top of your shopping list. 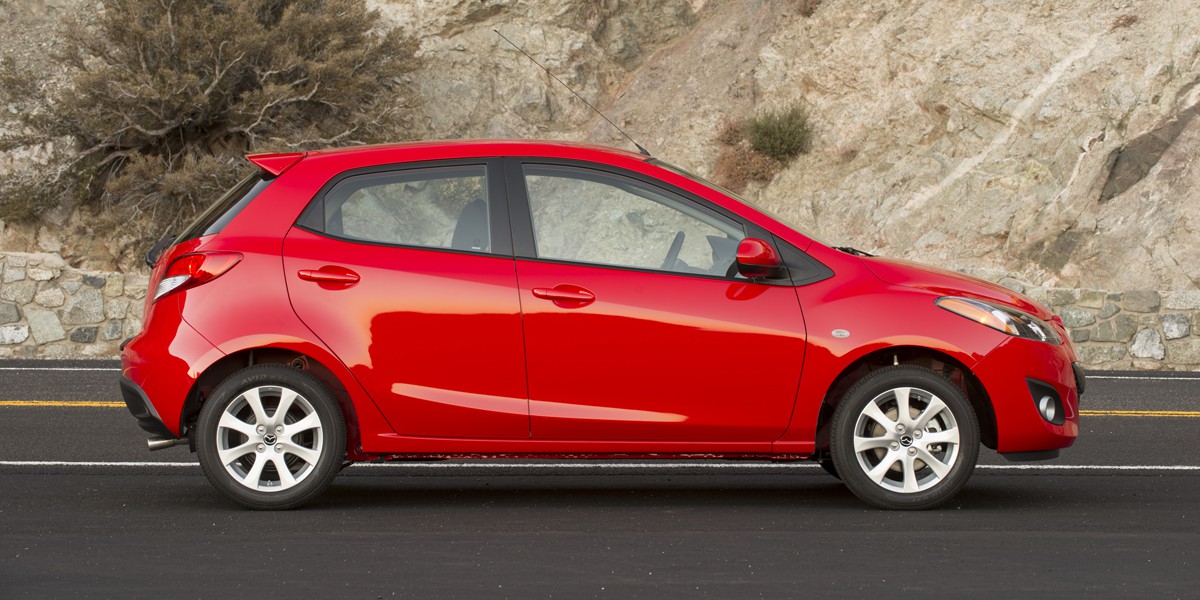