CG Says: A 6-speed manual transmission is once again available on the 2021 Mini Cooper Clubman, although it is restricted to the front-wheel-drive S model. Otherwise, there are few changes for the Clubman. The Cooper Clubman was redesigned for 2016 and gained a door. The previous 3-door Clubman had a rear-hinged, right-side door. The new Clubman is true 4 door. However, Clubman still retains the previous generation’s dual “barn door” rear cargo doors. The Clubman is larger than both the model it replaced and the Cooper 4-door Hardtop. Compared with the 4-door Hardtop, it’s almost 11 inches longer on a 4-inch-longer wheelbase. It is also 2.9-inches wider, which permits increasing passenger capacity from four to five. (Mini also sells a similarly sized, but taller Countryman crossover SUV.) Two engines are offered. The S model has a 189-horsepower turbocharged 2.0-liter 4-cylinder that is paired with a 7-speed dual-clutch automated-manual transmission, unless a 6-speed manual is ordered for the front-drive version. The John Cooper Works ALL4 also has a 2.0-liter turbo four, but it is a 301-hp engine and is paired with an 8-speed automatic. Front-wheel drive is standard on the S and all-wheel-drive, badged ALL4, is optional. All-wheel drive is standard on John Cooper Works. The longer, heavier Clubman retains most of Mini’s driving-fun quotient, but has more passenger and cargo room than the Hardtop—along with a better ride. As with other Minis, the controls are quirky and can be difficult to master. The Clubman is a good choice for Mini loyalists who need more room, but keep in mind that prices quickly escalate when options are added and can be quite high for a small car. 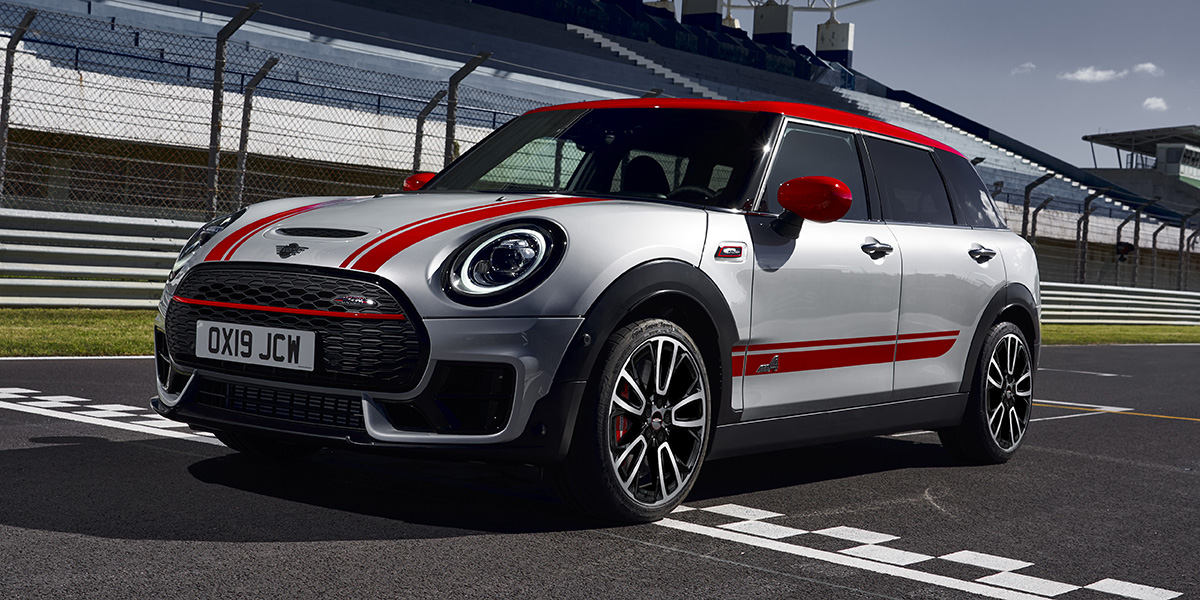