Cons: There’s no regular cab; just one (rather thirsty) powertrain; a limited number of trim levels and features, and the only 4-wheel-drive offered is an inconvenient part-time system

CG Says: For 2015, Nissan’s full-size truck lineup loses its long-wheelbase models; the 4-door crew-cab models are no longer available with a 7.3-ft cargo bed. Otherwise, Titan sees only detail changes such as redesigned interior door panels and updated option-package content. Titan’s niche in the market is rather small given that it doesn’t have nearly the depth and breadth of drivetrain, body, and equipment configurations as its Ford, General Motors, and Ram counterparts do. That would be fine if it drove, handled, or was screwed together as well as its rivals, but it’s not. This is not a bad truck by any means, but Titan simply feels a step behind the competition. It’s priced aggressively, though. If Titan ticks your boxes, and you can get one at a knockdown price, give it a look. Also, note that a redesigned Titan is set to debut as a 2016 model. 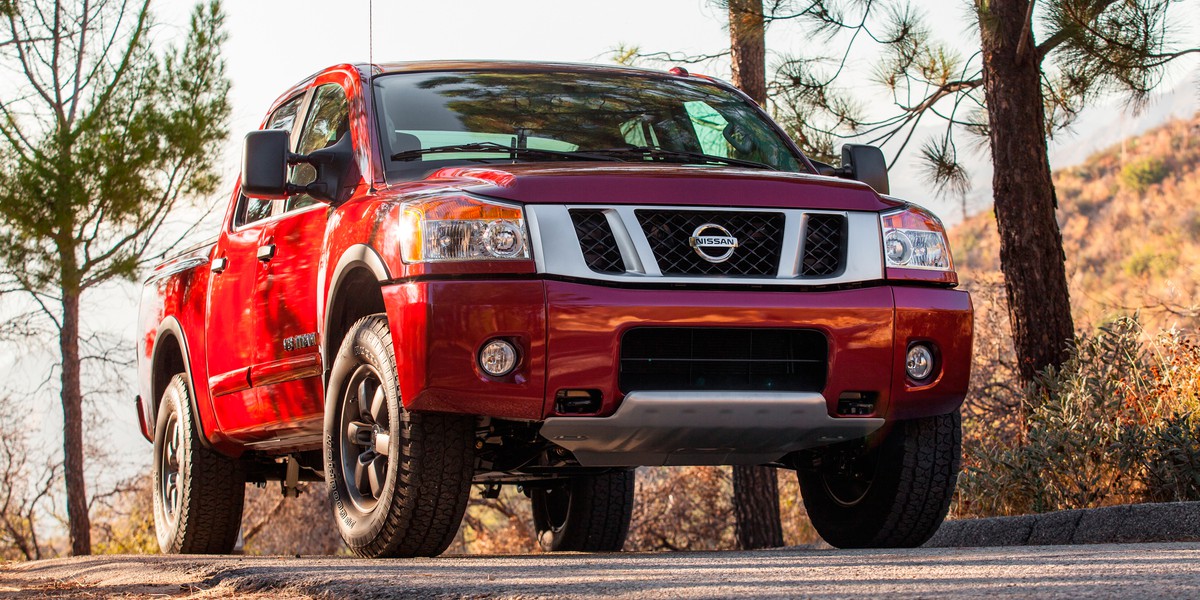