CG Says: After its introduction for the 2014 model year, the hatchback version of Nissan’s Versa compact car gets two new trim levels—SR and SL—for 2015. The SR includes sporty appearance features such as unique front and rear fascias, fog lights, and a rear spoiler. The line-topping SL model includes upscale equipment such as heated seats, a rear view monitor, and the NissanConnect with Mobile Apps connectivity system. Although the base S and mid-level S Plus versions of the Versa and Versa Note are rather sparsely equipped by today’s standards, the top-line models have all the expected features at a price that looks good even against smaller subcompact rivals. The Versa Note SL also offers some rare-for-the-class options such as Nissan’s nifty Around View 360-degree camera, along with popular connectivity features. Power can feel meager at higher speeds and interior materials don’t impress, but if interior room, cargo space, and high fuel economy are tops on your list, the Versa Note is a must-see. 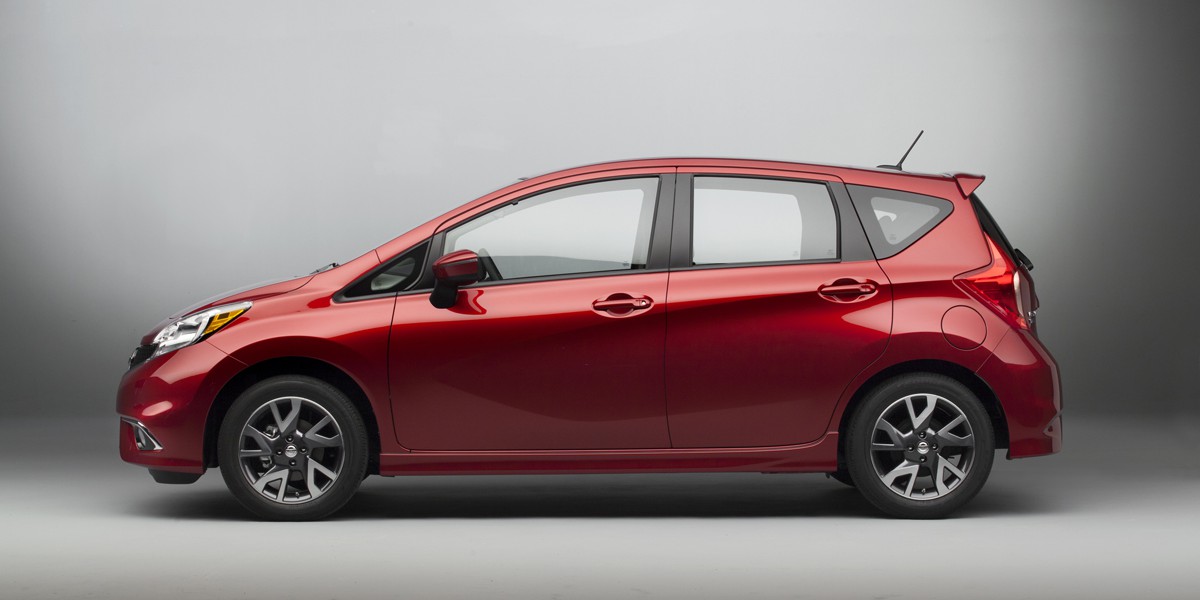