Cons: Fuel economy not better than some larger subcompacts; premium-grade gas is required; not a good value for the money

CG Says: The Smart ForTwo has been redesigned for 2016. The new car retains its sub-nine-foot length, but is four inches wider for more interior room and better stability. The three-cylinder engine is now turbocharged and horsepower rises from 70 to 89. The five-speed single-clutch automated-manual transmission has been replaced by a choice of either five-speed manual or six-speed dual-clutch automated-manual transmissions. A new standard safety feature is Crosswind Assist, which counteracts the effects of strong crosswinds. Newly optional is forward-collision warning. ForTwo is initially available as a two-passenger hatchback coupe. A convertible version should be available for 2017. Colloquially known as the “Smart car,” the ForTwo is the smallest four-wheel passenger car on the U.S. market meeting applicable federal standards. The Smart’s prime selling points are maneuverability and ease of parking in congested urban areas. The ForTwo must compete with larger, more-conventional minicars like the Chevrolet Spark, Ford Fiesta, and Fiat 500. These cars seat four and are more composed on highways. Built in France by a division of Mercedes-Benz parent Daimler AG, the ForTwo departs from typical small-car practice by having a rear-mounted powertrain. In spite of its minimalism, the ForTwo isn’t the least expensive car on the market or the most fuel efficient. We think the electric version (see separate entry) makes a better urban runabout than the gas-engine models, but none of them make much sense outside the city limits. 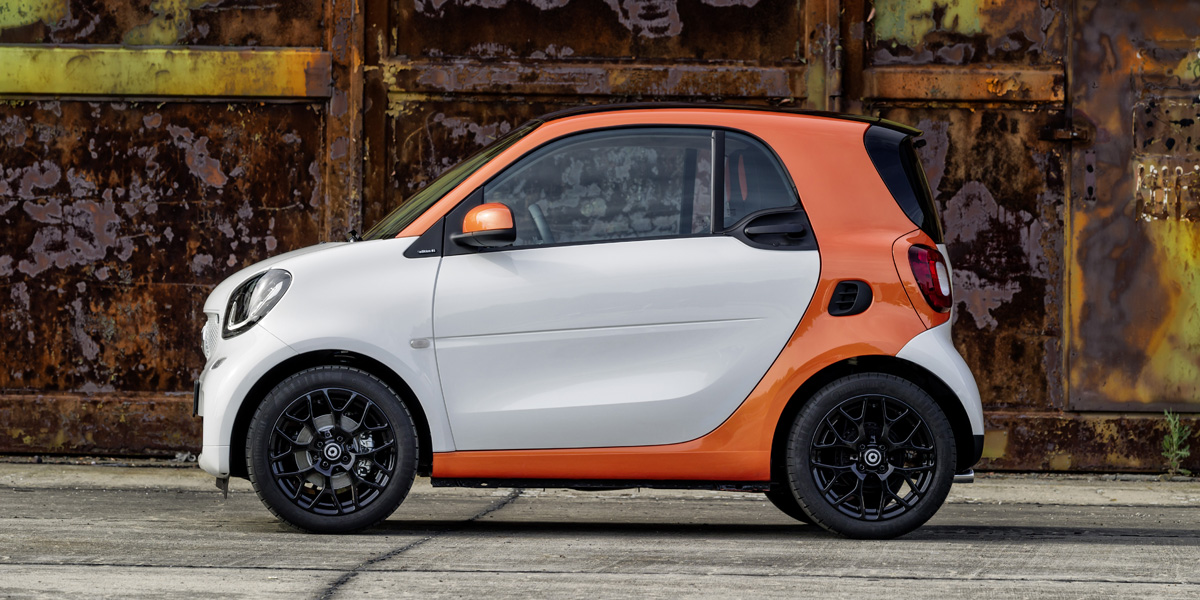