CG Says: Subaru’s rally-bred WRX and WRX STI performance machines are redesigned for 2015. Both migrate to the platform that the mainstream Subaru Impreza received for 2012 (the 2012-2014 WRX and WRX STI made do with a 2008-vintage basic design). The 2015 WRX gets a 268-horsepower turbocharged 2.0-liter 4-cylinder and offers the option of a continuously variable transmission in addition to a 6-speed manual transmission (2009-2014 WRXs were manual only). The WRX STI boasts a 305-hp turbocharged 2.5-liter four and comes solely with a 6-speed manual. The base 2015 Subaru WRX is an intriguing performance-car value that has few direct competitors, and the updates and improvements for 2015 make it more compelling. The WRX STI’s higher price, seriously stiff ride, and raucous nature make it best suited for serious performance enthusiasts who are willing to forgo some comfort and practicality for extra speed and agility. 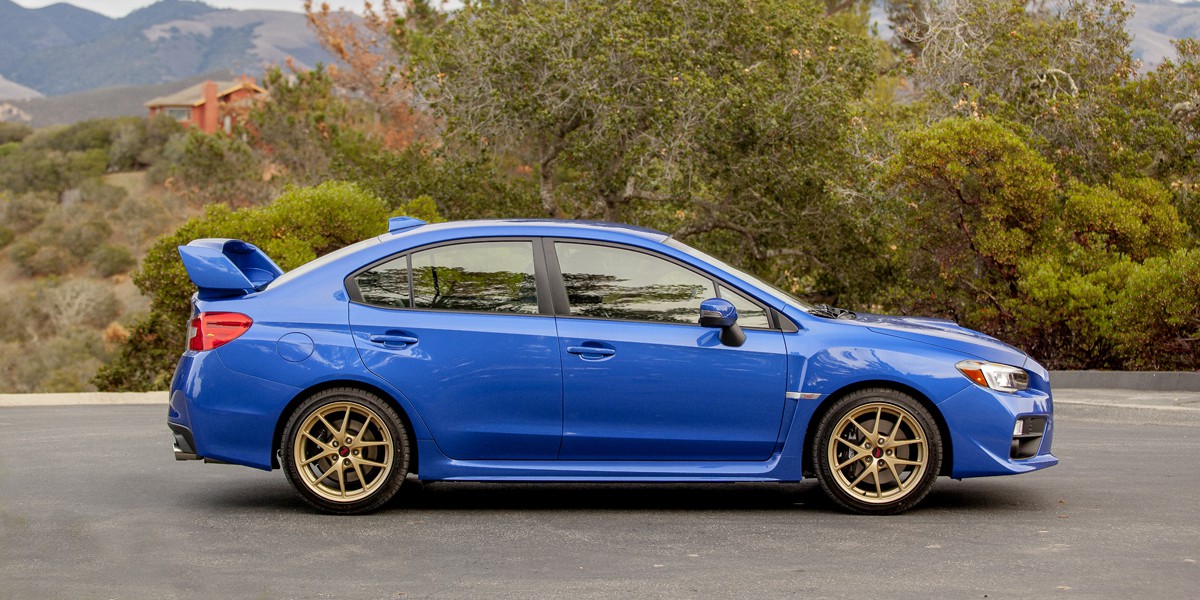