CG Says: Tesla introduces its first compact crossover as a 2020 model. The Tesla Model Y is a crossover SUV version of Tesla’s Model 3 compact sedan; it has a taller body with a raised ride height and rear liftgate. It also has raised front seats and a higher roofline that results in greater rear-seat legroom and headroom. (An optional third-row seat is expected for the 2021 model year, but it would be cramped even for children.) There is also more cargo room, although the aerodynamic fastback roofline sacrifices some cargo space in the interest of greater efficiency. Only all-wheel-drive Long Range and Performance models are offered this year. A less expensive rear-wheel-drive Standard Range model is expected next year. Tesla does not provide horsepower ratings for the Model Y, but lists 0-to-60-mph acceleration figures of 3.5 seconds for the Performance model and 4.8 seconds for the Long Range, and respective top speeds of 145 and 135 mph. Tesla estimates a driving range of 316 miles for the Long Range and 315 for the Performance model. Standard safety features include automatic emergency braking, collision warning, and blind-spot alert. The infotainment system is capable of accessing entertainment features such as Netflix and Spotify, but Apple CarPlay and Android Auto functionality are not available. The Model Y brings Tesla into the growing crossover market at a more reasonable cost than its larger Model X, and the price will get even cheaper if the Standard Range is available next year. With its excellent driving range, zippy acceleration, and greater interior and cargo room than the Model 3 sedan, the Model Y might be the electric vehicle that many mainstream shoppers have been waiting for. 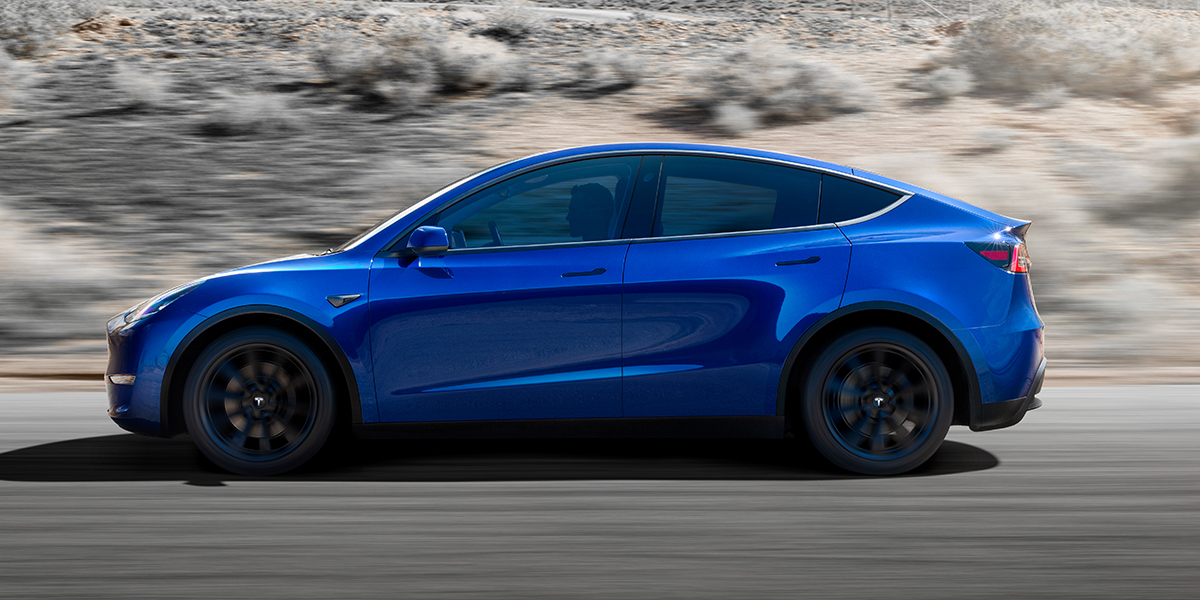