CG Says: The 2021 Tesla Model X shares revisions with the related Model S. Styling is refreshed and inside the vertical control screen has been replaced by a horizontal screen. A controversial new feature is an airplane-like yoke steering wheel. The base Long Range now has an estimated range of 360 miles—up from 325 miles. The topline Performance is now badged “Plaid” and has three electric motors that develop 1020 horsepower. Plaid can accelerate 0-60 mph in 2.5 seconds and has an estimated range of 340 miles. Introduced in 2016, the Model X is a pure-electric premium midsize crossover SUV based on Tesla’s Model S sedan. All Model Xs come standard with all-wheel drive and seat five to seven, depending on second-row configuration and if the optional third-row is ordered. Motorized “falcon-wing” top-hinged rear doors are perhaps the Model X’s most eye-opening feature; they utilize a complex hinging system that enables them to open fully in tight quarters. The gullwing-like doors allow easier access to both second- and third-row seats. Also easing entry to the third-row seat are motorized second-row seats that move forward when needed. Another unusual Model X feature is a panoramic windshield that curves into the roof. Available features include front doors that open on approach and adjustable air suspension. Full Self-Driving Capability is an option about which Tesla says, “Autopilot enables your car to steer, accelerate and brake automatically within its lane under your active supervision, assisting with the most burdensome parts of driving. With over-the-air software updates, the latest enhancements are available instantly.” Two versions of the Model X are offered: base Long Range and top-line Plaid. Those who like the performance and green technology of the Tesla Model S sedan can now have those attributes along with the extra passenger and cargo room of an SUV. 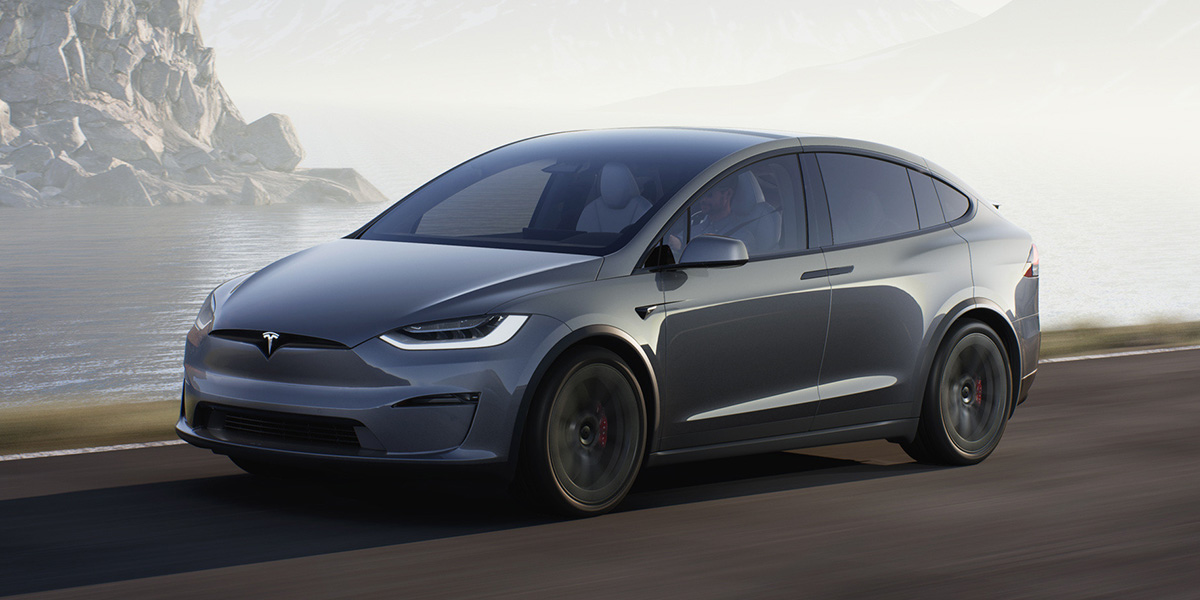