CG Says: Toyota brings its popular Corolla nameplate to the crossover SUV market for the first time with the introduction of the Corolla Cross for 2022. Sizewise, this new SUV straddles the line between the subcompact and compact SUV classes (we categorize it as a subcompact SUV). It’s roughly 3 inches longer than a Corolla hatchback and about five inches shorter than Toyota’s RAV4 compact SUV, filling the gap between the quirky C-HR and RAV4 in Toyota’s SUV lineup.

For now at least, the sole powertrain choice is a 169-horsepower 2.0-liter 4-cylinder paired with a CVT automatic transmission. All models are available with front-wheel drive or all-wheel drive. A gas-electric hybrid version is expected at some point, perhaps as a 2023 model.

The Corolla Cross is offered in three trim levels: L, LE, and top-line XLE. Inside the cabin, the L and LE versions have traditional instruments, with a 4.2-inch multifunction screen. The XLE model has an upgraded gauge panel with a 7-inch multifunction display, as well as features such as heated front seats and leatherette upholstery. All models have a standard infotainment system controlled by a 7.0-inch touchscreen; an 8.0-inch screen is optional on the LE and XLE. Apple CarPlay/Android Auto connectivity is standard on all models.

Although it’s not revolutionary in any respect, the Corolla Cross nonetheless brings the prosaic-but-practical virtues of the proven Corolla brand to SUV buyers in a manner that’s compelling and appropriate. From that standpoint, it should prove to be a solid choice for shoppers seeking trustworthy Toyota value in a handy crossover package. 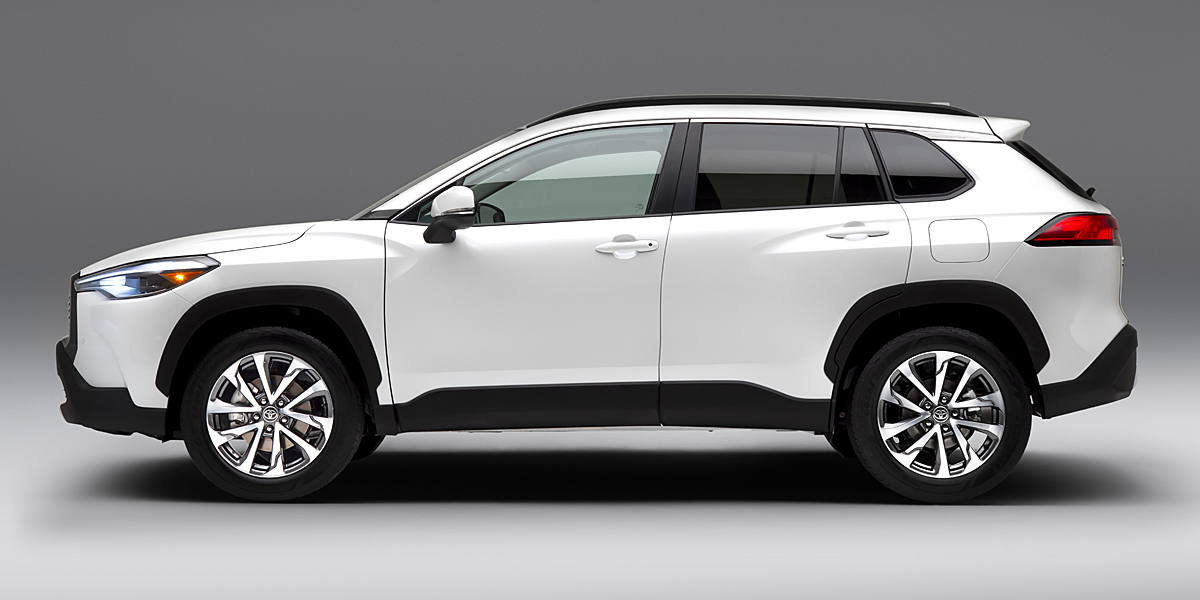