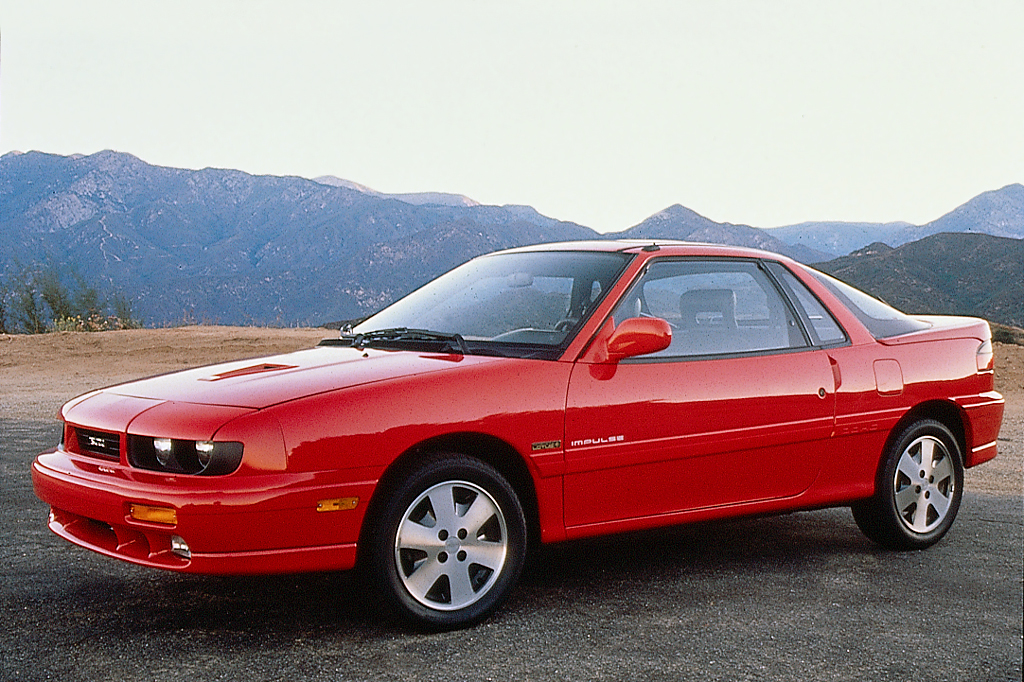 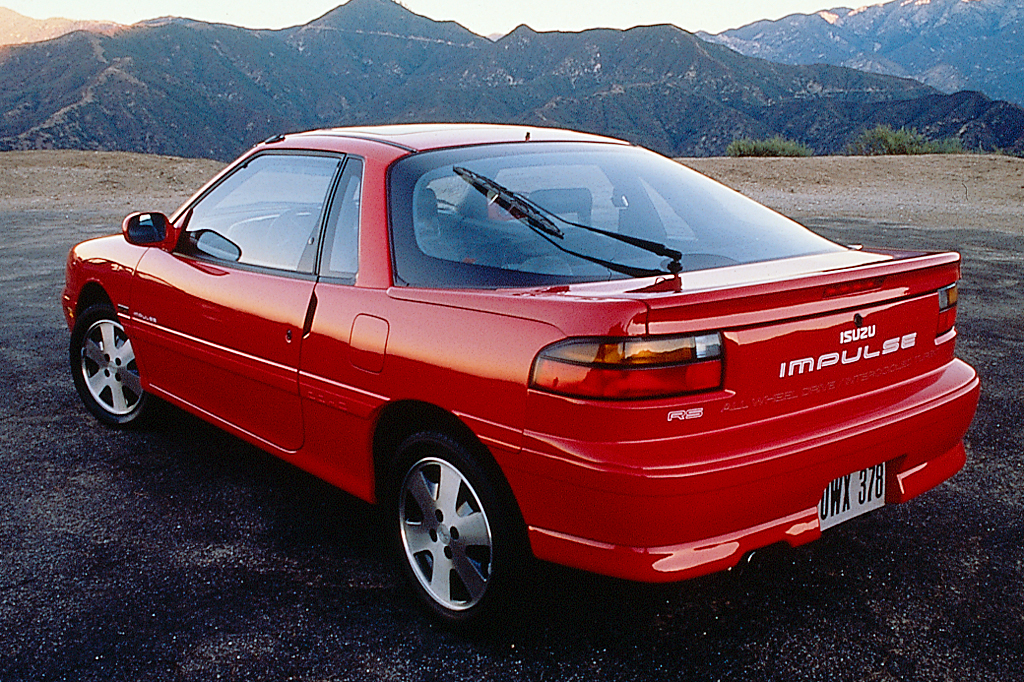 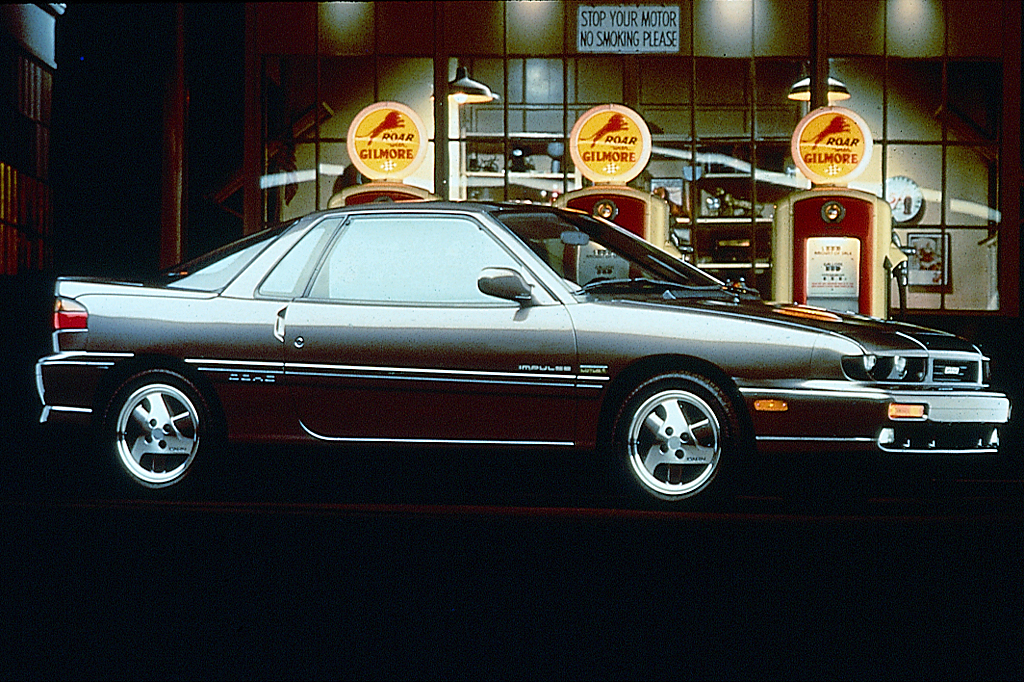 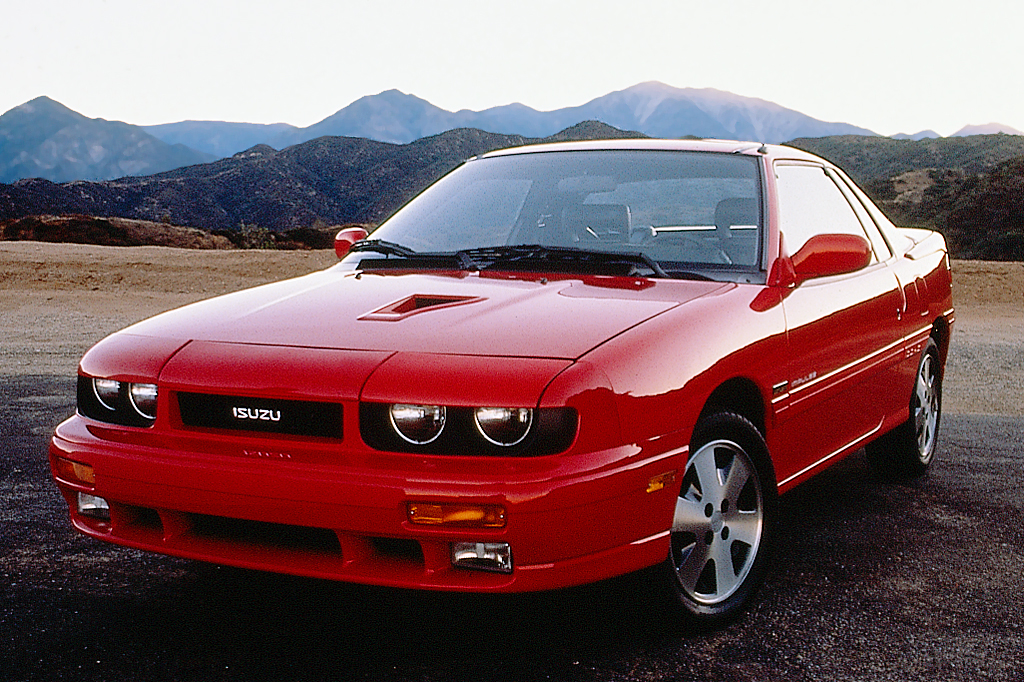 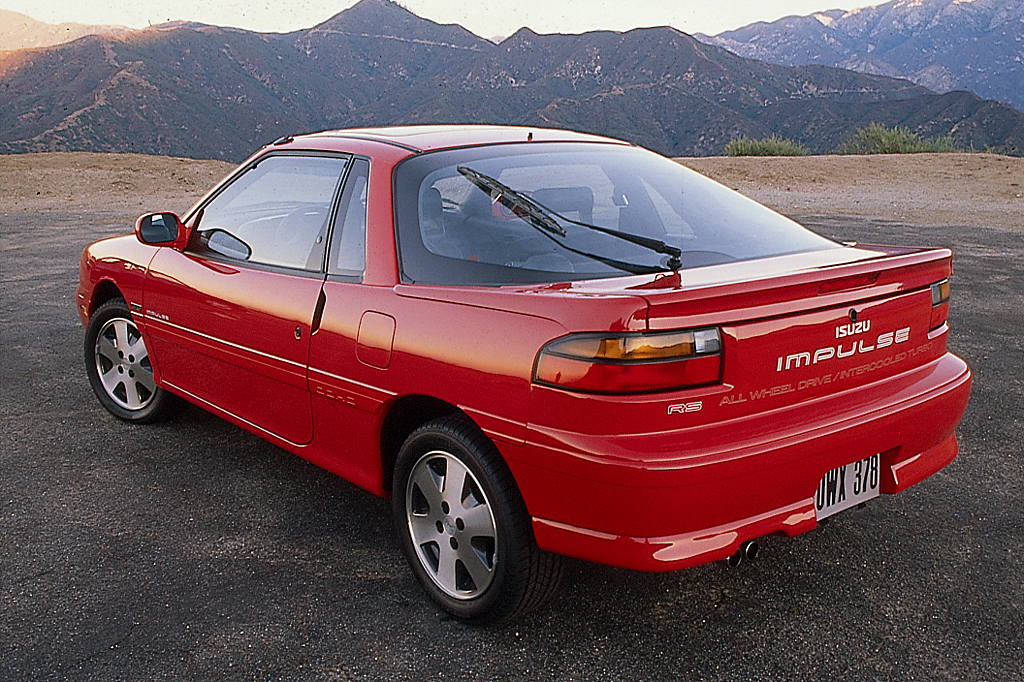 Impulse never managed to rank with the best competitors in the small sport coupe league, though it was much better than the Isuzu models of the 1980s.

Introduced in late spring of 1990, the new front-drive Impulse replaced Isuzu’s previous rear-drive model of the same name. The sporty 2+2 hatchback shared its front-drive chassis, and one of its engines, with the subcompact Isuzu Stylus sedan. At this time, Isuzu was partly owned by General Motors. A similar sport coupe, called the Geo Storm, went to Chevrolet dealers.

A driver’s airbag was standard on both the base XS and the high-performance RS coupe. Standard equipment in the XS includes a sport suspension tuned by Lotus (the British sports-car maker, also owned by GM), 4-wheel disc brakes, power steering, and 185/60HR14. The 1.6-liter, dual-overhead-cam XS four-cylinder engine produced 125 horsepower and came with either a 5-speed manual or 4 speed automatic transmission. A 160-horsepower turbocharged engine went into the RS coupe, which had permanently engaged 4-wheel drive instead of front drive. The RS came only with 5-speed manual shift.

Road and engine noise are the major drawbacks of the sporty Isuzu coupes. The early XS model also suffers from insufficient low-end engine torque. In fact, launching an XS smoothly can demand a lot of engine revs and clutch slippage until the car gets rolling fully. An early test XS also exhibited a lumpy idle and poor cold-start drivability, bucking even in mild weather. Exhaust noise at high rpm is a significant problem, too. Still, an XS managed to accelerate to 60 mph in 9.9 seconds, and yielded fuel economy of 22.3 mpg.

The larger 1.8-liter engine introduced for 1992 offered the low- and mid-range torque that had been lacking in the 1.6-liter, so you don’t have to rev above 4000 rpm to get at the Impulse’s usable power. Better yet, the added horsepower was not accompanied by undue torque steer–an undesirable condition in which the front tires of some powerful front-drive cars are jerked to the side during hard acceleration.

Stable handling makes the Impulse fun to drive in a spirited manner–though the steering is so quick as to make the car seem “darty” at the first turn of the wheel. The Impulse stays flat on the pavement, and steers with satisfying crispness.

An early XS coupe stopped rather well in a simulated panic stop, but erratic rear-wheel lockup marred the experience.

The turbocharged all-wheel-drive Impulse RS is a capable little sportster. In the marketplace, however, it was overshadowed by the faster–but more expensive–turbo and AWD versions of the Mitsubishi Eclipse/Plymouth Laser/Eagle Talon trio.

Inside, the 2+2 edition is harmed by a small rear seat that’s very short on leg room and has literally no head room for anyone over 5-feet tall. The regular hatchback has more head space in back, but is still short on leg room. Limited cargo space is aggravated by a high loading sill.