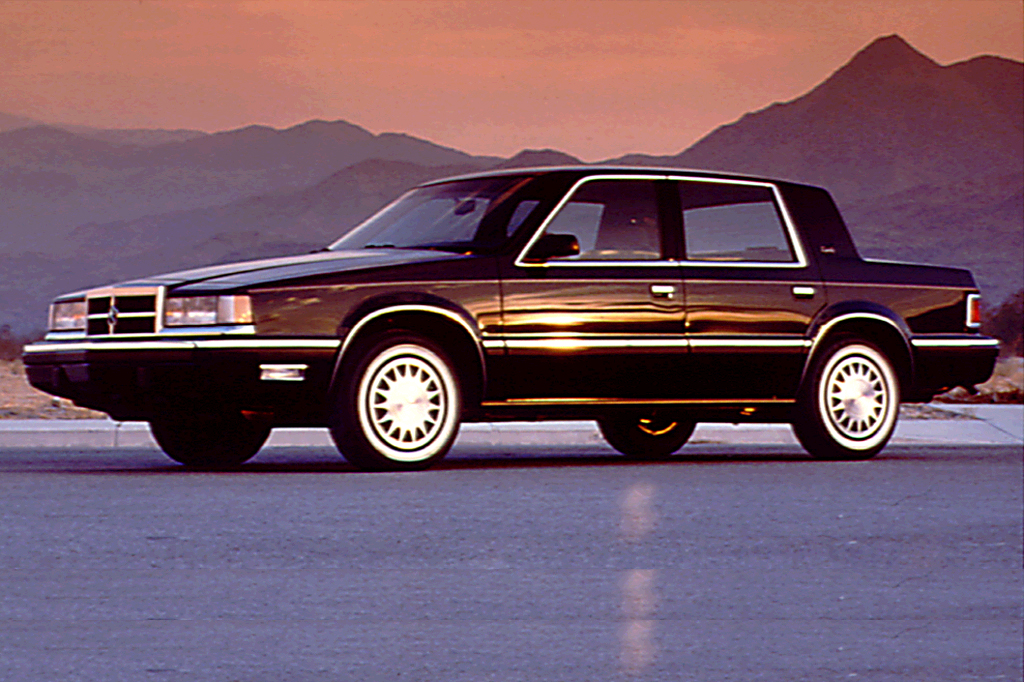 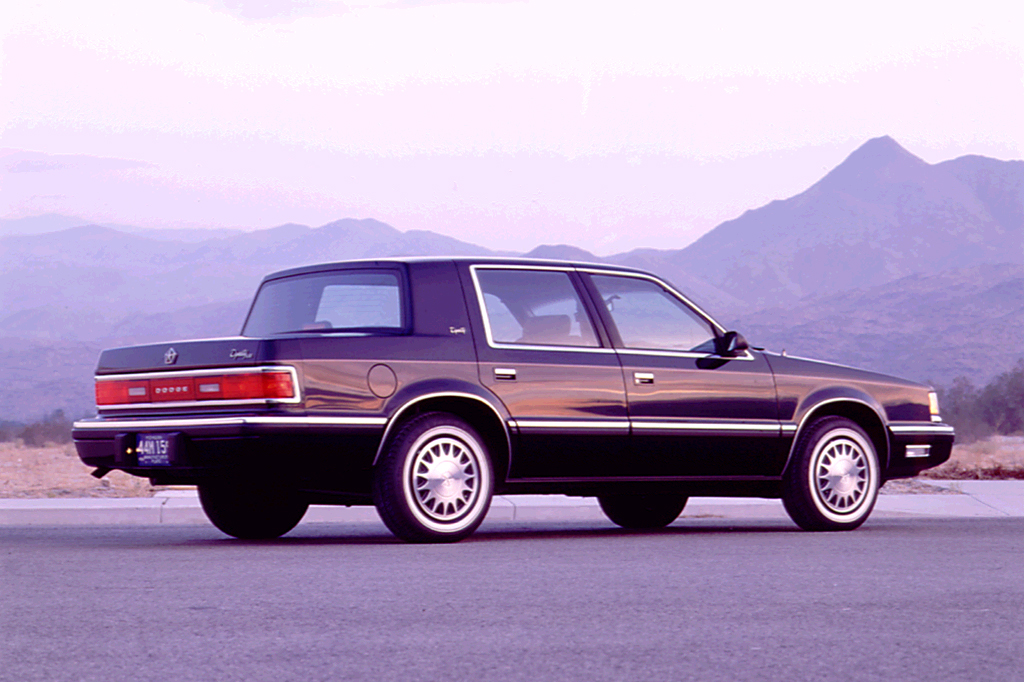 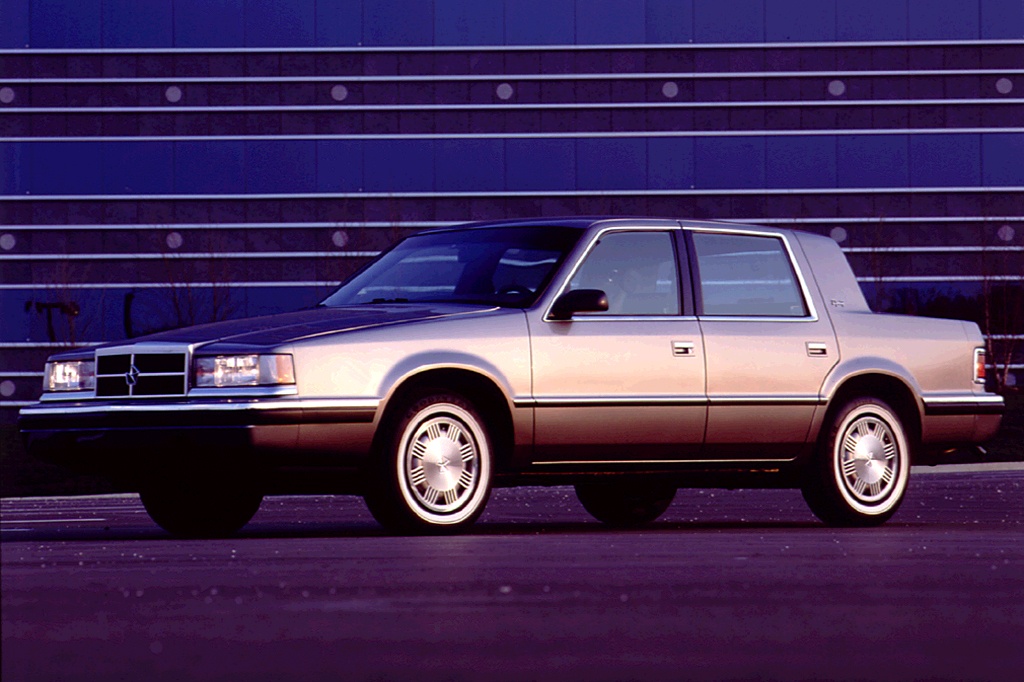 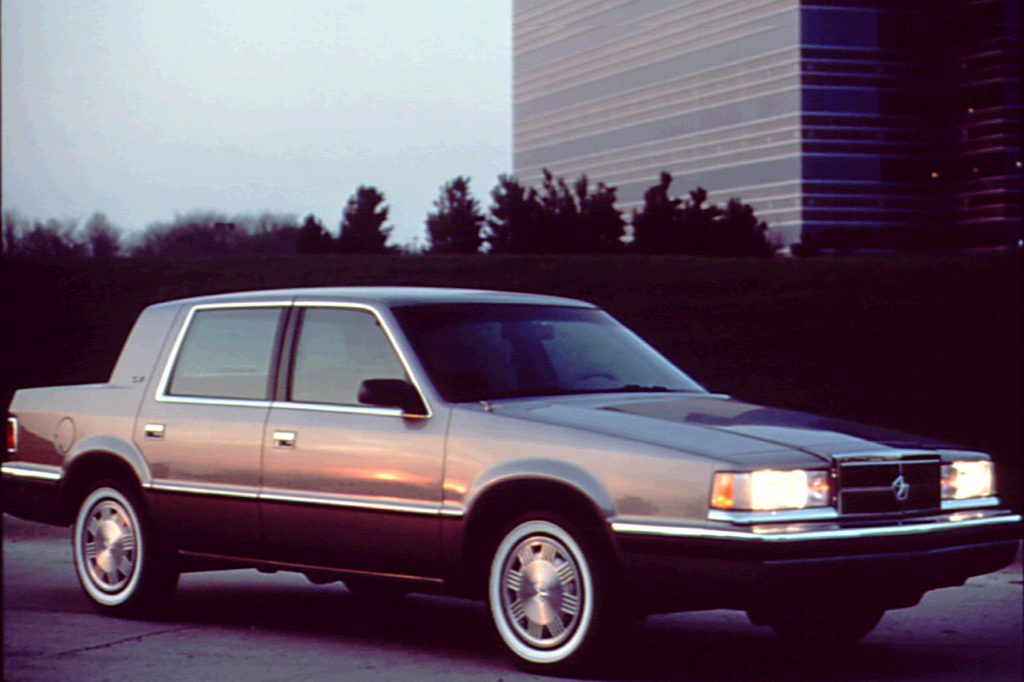 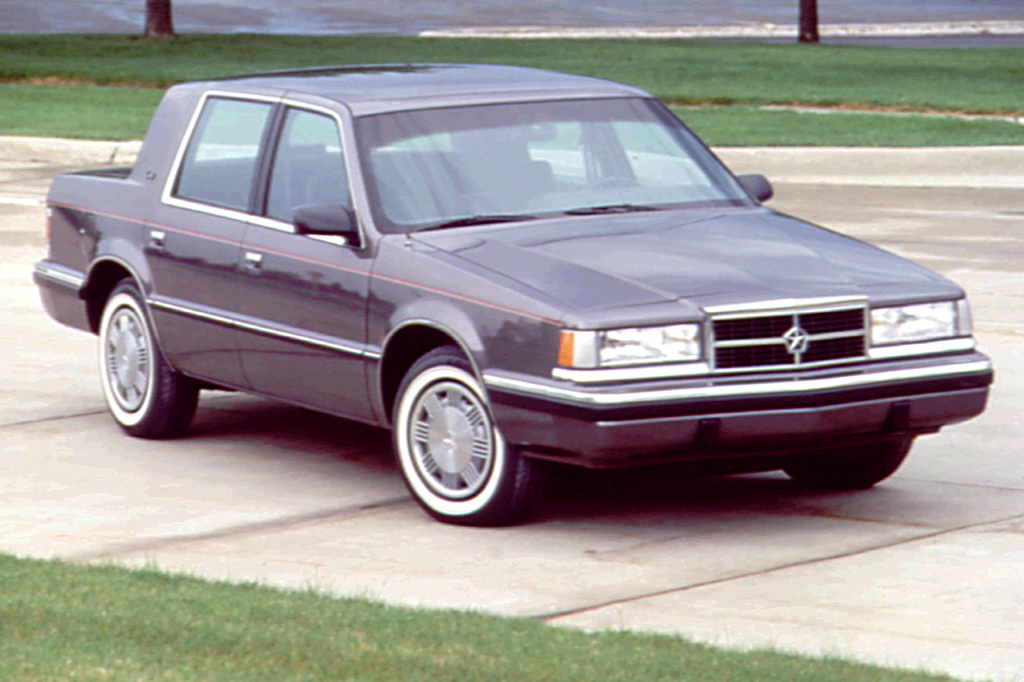 This traditionally styled mid-size sedan delivers conservative performance and marginal handling, along with its rather fluffy ride. In all, it’s a lackluster yet well-designed front-wheel-drive family sedan that could prove to be a good practical vehicle.

Cousin to Chrysler’s New Yorker, the Dynasty, was introduced in 1988. It carried less equipment, a smaller price tag, and came in Base and LE editions. New for 1990 was a driver-side airbag. Also new was an optional 3.3-liter V6 on LEs. Prior models had come with either a 4-cylinder engine and 3-speed automatic, or a 3.0-liter V6 with 4-speed automatic. Antilock braking was an option on V6 models.

Only a 4-cylinder engine and a 3.0-liter V6 had been available in 1988-89, but the 1990-93 Dynasty might have a 3.3-liter V6 instead. Base cars got the 100-horsepower 4-cylinder, whereas a Mitsubishi-built 3.0-liter V6 went into the LE and was optional in the base model. Built by Chrysler, the 3.3-liter V6 was an option for the LE. Four-cylinder cars got a 3-speed automatic transmission, but all V6 models had a 4-speed automatic.

Both V6 engines are vastly superior to the 4-cylinder, but neither qualifies as a speedster. Even with a 3.0-liter V6, acceleration in a Dynasty is far from brisk, though certainly adequate. The standard four is feebler yet, but the 3.3-liter V6 is quicker than either. It has more torque than the 3.0-liter, thus slightly better response around town. The V6 comes only with Chrysler’s 4-speed automatic transmission, which often is slow to downshift for passing and also tends to vibrate and jolt while changing gear. The transmission might even emit a loud whining noise. Gas mileage is likely to be roughly the same, regardless of engine. A test Dynasty with the 3.0-liter V6 averaged 19.6 mpg.

The Dynasty’s soft, generally comfortable ride is pleasing, but expect a lot of body lean and tire squeal through anything more than a gentle turn. Although the chassis absorbs bumps well, the suspension feels loose and bouncy at highway speeds. Soft all-season tires tend to whine and roll over onto their sidewalls in curves and corners.

Dynasty offers plenty of room for five or six people and a load of luggage, though four will be more comfortable. Middle passengers in either the front or back seat will have to squeeze somewhat, however, because the interior is not terribly wide. On the plus side, the functional design provides plenty of leg room and adequate head room in the rear.