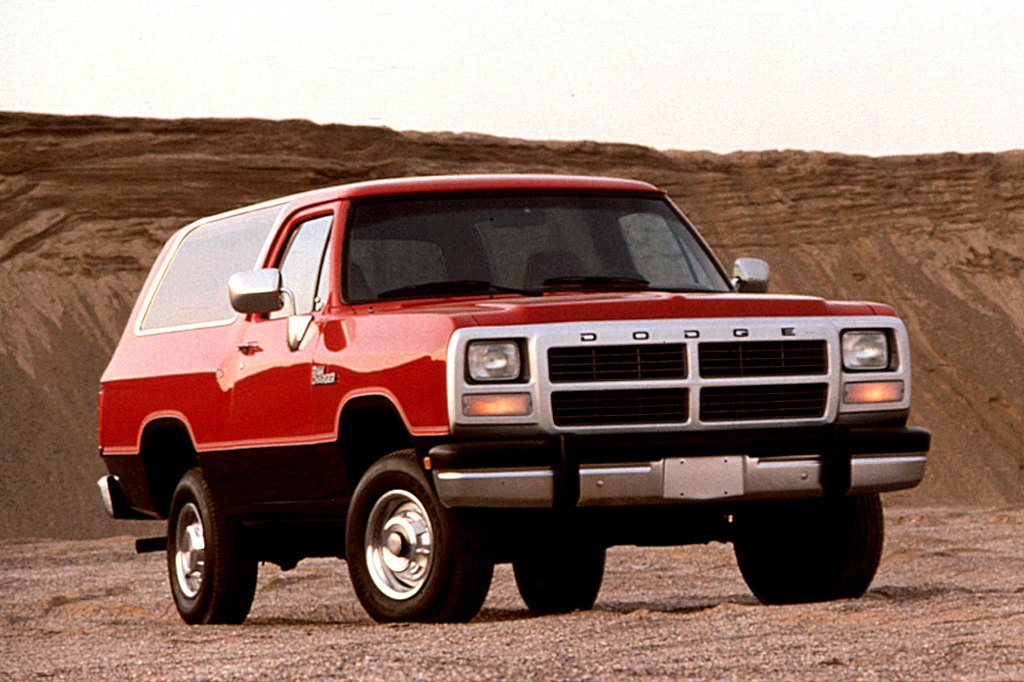 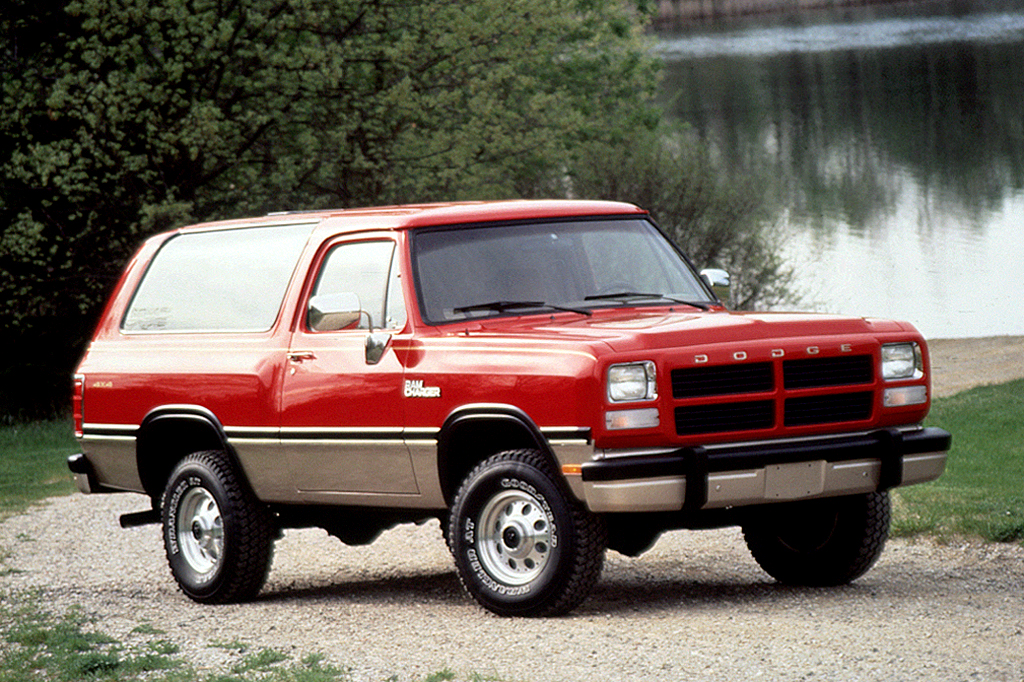 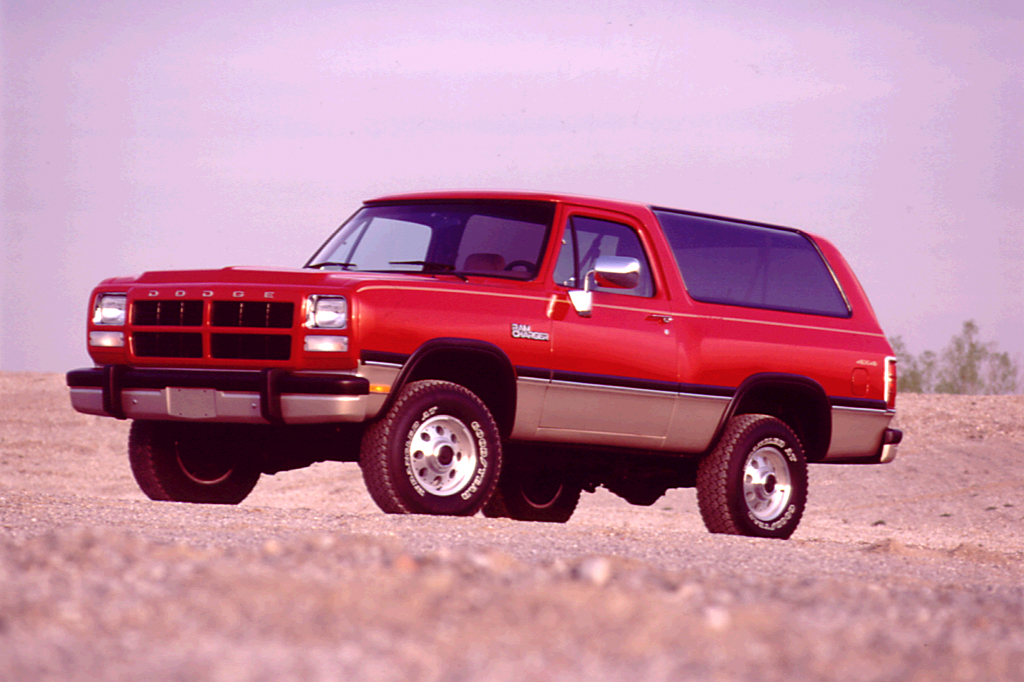 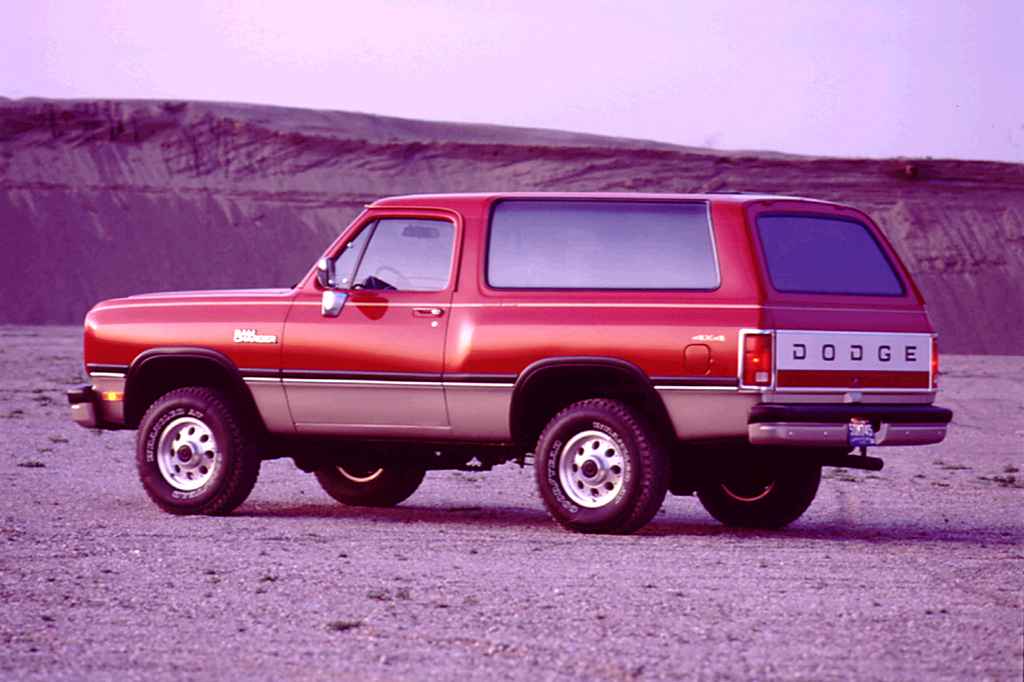 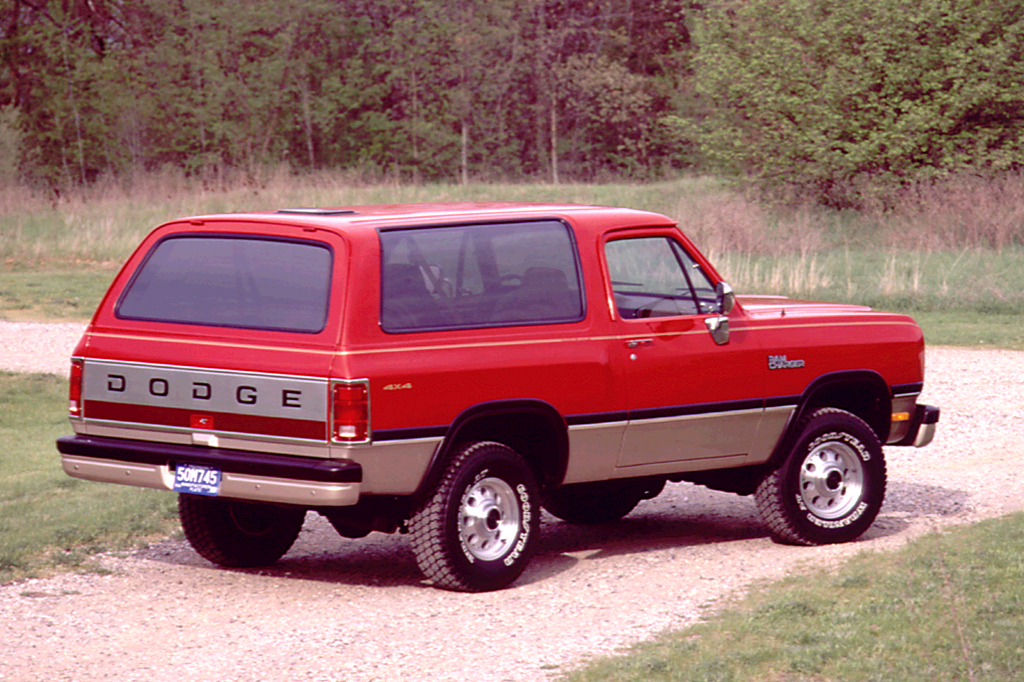 All in all, a compact sport-utility like the Ford Explorer or Jeep Grand Cherokee makes more sense than a Ramcharger or any other full-size SUV.

Dodge’s big sport-utility was available in either 2-wheel-drive or 4-wheel-drive format. An optional fuel-injected 5.9-liter V8 had arrived in 1989, joining the fuel-injected 5.2-liter. The smaller engine developed 170 horsepower, while the bigger V8 made 190. A new 4-speed overdrive automatic transmission also debuted for 1989, and was the sole choice for 2WD models. 4WD Ramchargers might have either 4-speed manual shift or the automatic. Both 2WD and 4WD versions came in basic 150S form and in slightly better-equipped 150 trim. Automatic-locking hubs were standard on 4x4s. Rear-wheel antilock brakes were standard, but worked only in 2WD. Rated half-ton capacity, Ramchargers had a full metal body and a top hinged tailgate. Five or six people fit inside. Front bucket seats and a folding 3-place rear bench were standard, but an optional front bench boosted seating capacity to six.

Suited to the brawniest challenges, Ramchargers do well at heavy tasks. They can tow a trailer up to 6500 or even 7500 pounds with the optional V8, and hold more than 105 cubic feet of cargo.

On the downside, Ramcharger rides and handles like the big truck it is. Piloting this behemoth around town can be a pain. Abundant ground clearance can make the driver feel like king of the open road, but through urban locales it’s more like maneuvering a battleship. Small cars can hide near its flanks, for one thing, out of sight from the driver’s seat. Getting in or out isn’t so easy either, due to the tall ride height; but once inside, you have plenty of room to move around. However, lack of rear doors restricts access to the back seat. The dashboard is refreshingly simple, and the 4WD system is easier to use than in some smaller 4x4s.

Fuel economy is no bonus, as expected. Early models with automatic and the optional V8 engine earned even worse EPA gas-mileage estimates than the later engines, and you cannot necessarily expect to match those amounts anyway.

In everyday driving, the 5.2-liter will handle any requirement with ease–especially with the extra power added for 1992. The 5-speed manual gearbox added that year brings a little more versatility than the prior 4-speed.